Home » TV and Movies » Hollywood on Netflix location: Where is Hollywood filmed? Where’s it set?

Hollywood on Netflix location: Where is Hollywood filmed? Where’s it set?

Hollywood is an upcoming drama series which is due to air on Netflix on May 1, and it follows a group of aspiring actors. The new series takes viewers back to just after the Second World War, when Tinseltown is the biggest and best place to be. Fans have been wondering where the historical drama is filmed and set, and here is everything you need to know about the main locations.

Where is Hollywood on Netflix set?

The miniseries follows a group of big dreamers who would do anything to make it into the world of acting and film, and it takes place post-Second World War.

Tinseltown is the main goal, and the episodes follow each character during what was known as Hollywood’s Golden Age.

During the series, the characters discover biased systems of sexuality, race and gender, and viewers get a glimpse of what filming during the time period may have looked like if the power dynamics were different.

The series gives a unique look into what goes on behind the making of a film, seeing things from the opposite side of the camera. 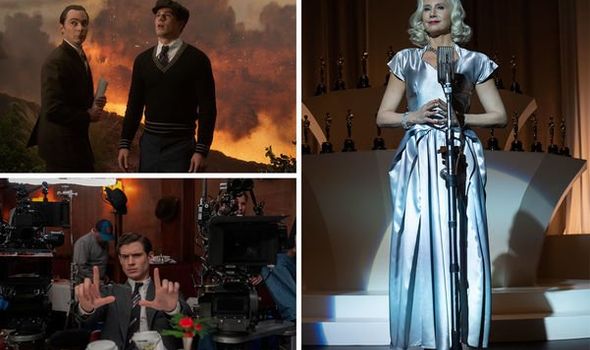 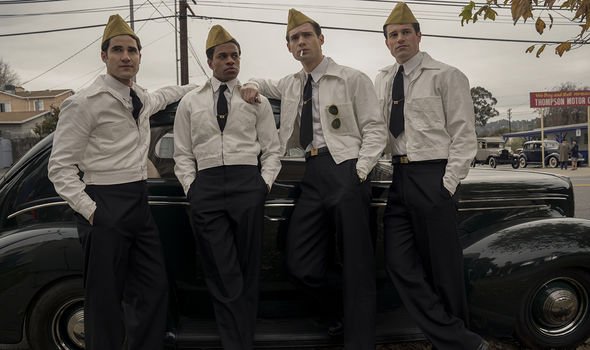 Where is Hollywood on Netflix filmed?

Fans may be interested to hear that despite its title, the series was actually filmed in Los Angeles, California.

The crews used a lot of made-up sets so they could add their own touches to the backdrops of certain scenes.

The Golden Tip Gasoline and Ace Studios, which both feature as locations in the series, are sets inside Sunset Gowers Studios.

Crews were able to add their own 40s touch, so they could transform any space into the idea post-war location.

Actress Samantha Weaving, who plays Claire Wood in the series, posted a behind the scenes photo on her Instagram account.

She is wearing a stunning pink dress whilst laying on a sofa in the middle of what looks like a grand hall.

The caption says: “Hollywood out May 1. A little snap taken in between backgammon tournaments.” 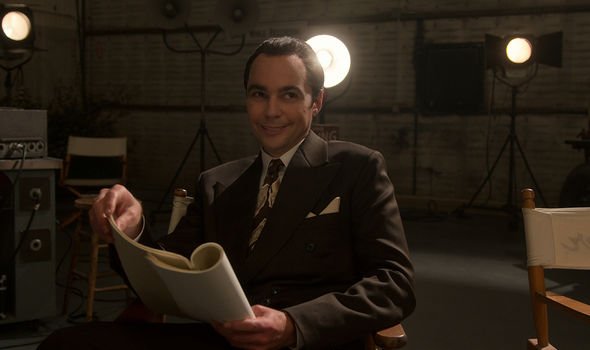 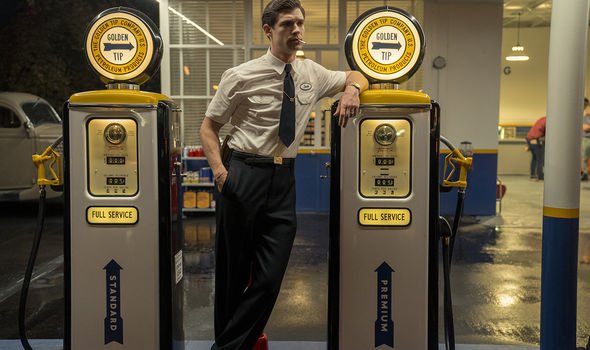 AHS Daily also Tweeted some photos from on set, with stars like Jim Parsons and Jake Picking in costume.

Fans will recognise Parsons as the genius Sheldon Cooper in the classic Big Bang Theory, and he looks very different in his waistcoat and oversized collared shirt.

In the series Parsons plays Henry Willson, whereas Picking plays Rock Hudson. Rock Hudson was an American actor who was one of the best-known movie stars of his time.

He featured in the award-winning film Giant in 1956, and the films Lover Come Back and Send Me No Flowers followed.

Hudson was discreet about his sexuality during his days of filming, and he died from an AIDS-related illness in 1985.

Fans and critics have already shared their thoughts on the upcoming series on social media, and the series is made up of seven episodes.

One fan said: “I’ve seen all seven episodes of #HollywoodNetflix. It is truly Ryan Murphy’s best show in years, anchored by incredible performances across the board.”

Another fan added: “Ryan Murphy’s #Hollywood is near perfection. The cast is superb, the dialogue snappy, and even if it ultimately plays out more like American Fantasy Story than his more serious work, I was enthralled the entire time. Also? It’s fun. Drops May 1 on Netflix.”

NME has described the series as a moving tribute to the power of film, and it sheds light on those who were shut out by the cut-throat industry.

The studios risk everything to push boundaries, and there is a scene where a film director introduces a black actor on set for the first time.

Jeremy Pope, who plays Archie Coleman, is heard saying: “I want to take the story of Hollywood and give it a rewrite.”

He posted a black and white video on Twitter, which shows his character Archie, with the caption: “Archie is giving Hollywood the rewrite it deserves.”

Hollywood is available to watch on Netflix on May 1