Home » How did Missy die in Ackley Bridge? What happened to Poppy Lee Friar as Missy?

How did Missy die in Ackley Bridge? What happened to Poppy Lee Friar as Missy?

Ackley bridge is back on Channel 4 and the comedy-drama series has introduced a whole host of new main characters. The show continues to be a hit with fans, although they cannot help but miss some iconic characters from previous seasons. One of the fan-favourites was student Missy Booth (played by Poppy Lee Friar), who featured in 20 episodes before she was killed off.

She made her debut in the pilot and became one of the show’s main protagonists, along with friend Nasreen Paracha (Amy-Leigh Hickman).

She left the series at the start of season three, as actress Friar was keen to explore other acting jobs.

Missy was hit by a speeding car and was left with two broken arms, and fans believed she would survive.

This was until she saw her dead grandmother, who informed her that she had died, and Nas later discovered her dead body.

Her death marked one of the most harrowing moments of the series and fans still mourn her to this day. 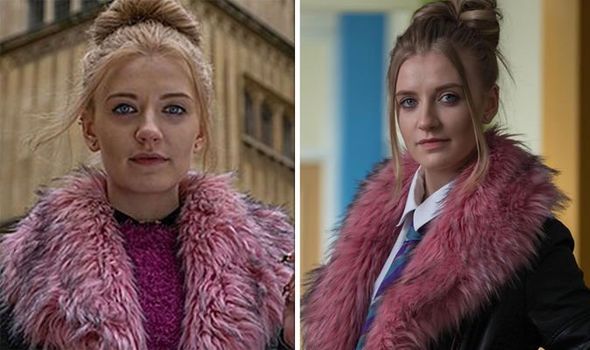