Home » TV and Movies » How Far in Advance Is Young and the Restless Taped?

How Far in Advance Is Young and the Restless Taped?

With continued shutdown for most entertainment productions, daytime soap fans have reveled in old episodes over the last few weeks. Each has its own schedule, disrupted or not. The Bold and the Beautiful and The Young and the Restless have focused on different themes each week after new episodes rand dry. Meanwhile, Days of Our Lives still has a few newbies left in the tank. It begs the question, how far in advance is a soap like Y&R taped?

Ratings for ‘The Young and the Restless’ 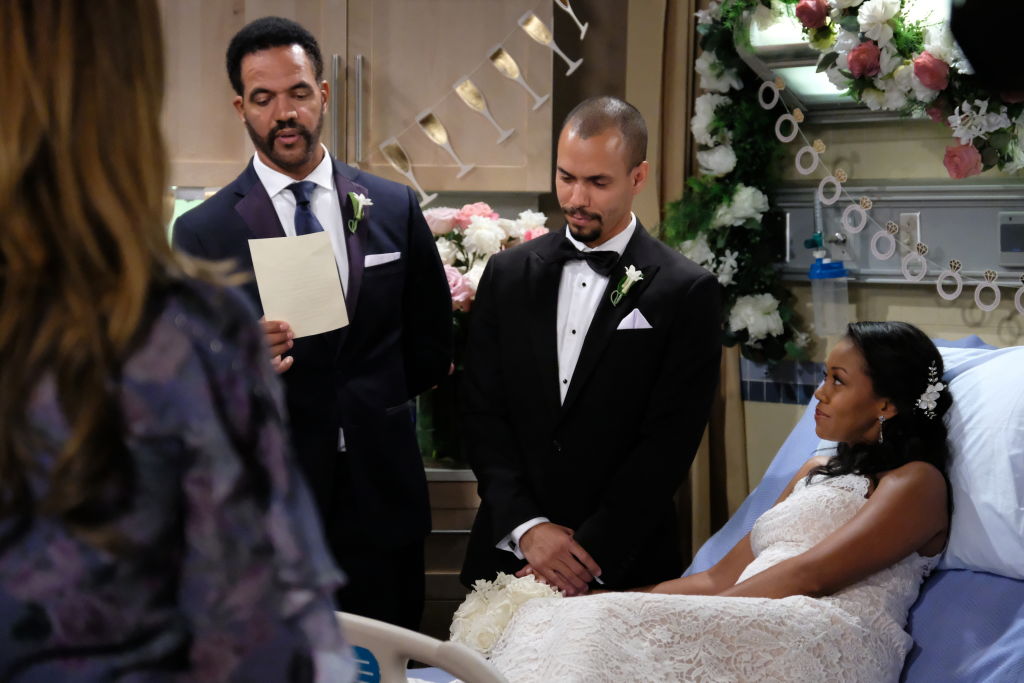 RELATED: ‘The Young and the Restless’: How Many Actors Have Played Nicholas Newman? The Answer May Surprise You

In late March 2020 — just after COVID-19 caused productions to shut down — ratings for daytime soaps listed their highest numbers yet, according to TV Line.

In fact, the site reported that The Bold and the Beautiful and General Hospital “had their best numbers in two years.” Days of Our Lives reached “their highest in more than a year,” and The Young and the Restless hit “an 11-month high.”

As previously reported by Deadline, production for Y&R and B&B shut down on March 17 amid pandemic fears and stay-at-home orders. That said, the soaps averaged their best weeks before they ran out of new episodes.

Some of the numbers can be attributed to more people at home during the day to tune in. However, once a network like CBS began airing older episodes in the form of “theme” weeks, ratings for Y&R took a hit.

Recent numbers, from the week of May 11-15, conclude Y&R had 2,193,000 live and same-day numbers. This is down 148,000 from the week prior, according to Soap Opera Network. The top soaps all took a hit in viewership, possibly proving pandemic fatigue is real and fans want something new to watch.

With no new episodes in place, how long would it take for fans to see The Young and the Restless back in its current status?

Dastardly deeds take center stage on #YR next week as "Villians Week" begins! Don't miss some of the most evil schemes to ever take place in Genoa City starting next Monday.

RELATED: ‘The Young and the Restless’ Fans Love Classic Episodes So Much They Wish They Could Stream Them

TV Line also reported that The Young and the Restless films anywhere between four and six weeks ahead of schedule. They plan for typical hiatuses — but nothing like this longterm shutdown.

Writers may still be working on scripts from home during this time, waiting for on-site production to resume.

Luckily, Y&R was recently renewed for four more years on CBS, with The Bold and the Beautiful in the middle of a three-year contract that expires in 2022.

That said, if The Young and the Restless were to begin production right away, how long before viewers would get a new episode?

When can fans expect new episodes?

Something tells us you won’t want to miss our final episode of “Rivals Week” on #YR! 😱 Double tap if you’re excited to tune in.

RELATED: ‘The Young and the Restless’: How Filming May Have Foreshadowed Amelia Heinle and Thad Luckinbill’s Real-Life Divorce

To stir things up, one of the major four soaps, Days of Our Lives, is in the best spot right now. The NBC drama has enough new material to last until October. That’s right — they tape a whopping eight months ahead of the air-date.

As for General Hospital, encore episodes will air starting May 25. The Bold and the Beautiful is on a similar production path as The Young and the Restless. When one airs a new episode, chances are the other won’t be far behind.

That said, B&B producers hinted that they may start back up in June, according to Deadline. “Official safety protocols endorsed by the Hollywood unions, as well as guidelines set by Television City, where the series is shot, the city of Los Angeles and the state of California need to be in place for any filming plans to move forward,” the outlet said.

Unfortunately, that still means that even if shows resume ASAP, they likely won’t air until late summer. Hang in there and enjoy the encore presentations, soap fans.