Home » TV and Movies » How Much Is Wendi McLendon-Covey Worth?

How Much Is Wendi McLendon-Covey Worth?

If you’ve seen “Bridesmaids,” you definitely know Wendi McLendon-Covey, the actor who played the mother hilariously desperate to get a break from her routine life.

Born in Bellflower, Calif., McLendon-Covey was the daughter of a Coca-Cola worker and mother who had a job at Boeing, per Wealth Simple. Her family was middle class and her parents didn’t exactly encourage the star to get into acting, but they were so busy that it happened de-facto. “It was not encouraged at all,” she told Buzzfeed in 2015. “And yet, my parents, without knowing it, fostered all of this nonsense by giving us a lot of free time. So my sister and I had no choice but to put on our bedspreads and stage plays or throw parades or write our own scripts or whatever, because they did not schedule every minute of our day for us. It was like, ‘Go entertain yourselves, we’re barely hanging on to our sanity!'”

McLendon-Covey graduated from California State University Long Beach with a liberal arts degree, according to Celebrity Net Worth. She then worked at Disneyland, but later honed her acting skills at The Groundlings, calling it “the best investment” (via Wealth Simple). With roles on “Reno 911!” and “The Goldbergs,” that investment certainly paid off. But how much so, exactly? Keep reading to see how much she’s really worth.

Wendi McLendon-Covey has a small fortune and big aspirations 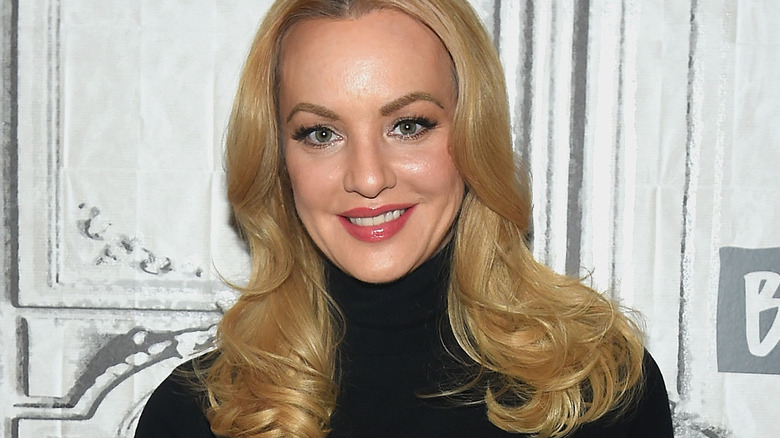 Wendi McLendon-Covey is worth an estimated $5 million, according to Celebrity Net Worth.

Despite McLendon-Covey’s success in film and TV, she had a part-time job until 2012, according to Wealth Simple. “I looked for jobs that gave me flexibility so that I could go on auditions. But I always had a job.” She edited a social work journal and appreciated the flexibility that came with it. “I’d be in my trailer on set editing things, and on location with my computer and my manuscript editing. It gave me a sense of stability that I had this steady income coming in.”

Contrary to popular belief, McLendon-Covey says people think actors make a lot of money, but it’s actually a lot less once publicists, managers, and taxes are paid. “The money is good when you’re working. But you can go a long time between jobs,” she added. ABC’s “The Goldbergs” came along in 2013, but the actor “never felt secure.” “You never feel like, oh, I’ve made it, this is gonna run forever. Because you don’t know. You never know.”

McLendon-Covey lives in Long Beach, Calif. but has four rental properties and is “raring to buy some more.” Given her savvy ethic, her net worth should only rise! “Real estate, you can actually see it, you can drive past it, you can check in on it. It just makes me happy to do that,” she added to Wealth Simple. “I plan on working until I’m 105.”