HE was once considered to be one of the sexiest men in Hollywood, dating a string of beautiful, A-list women.

Now Batman star Val Kilmer has revealed he is no superhero when it comes to heartbreak. 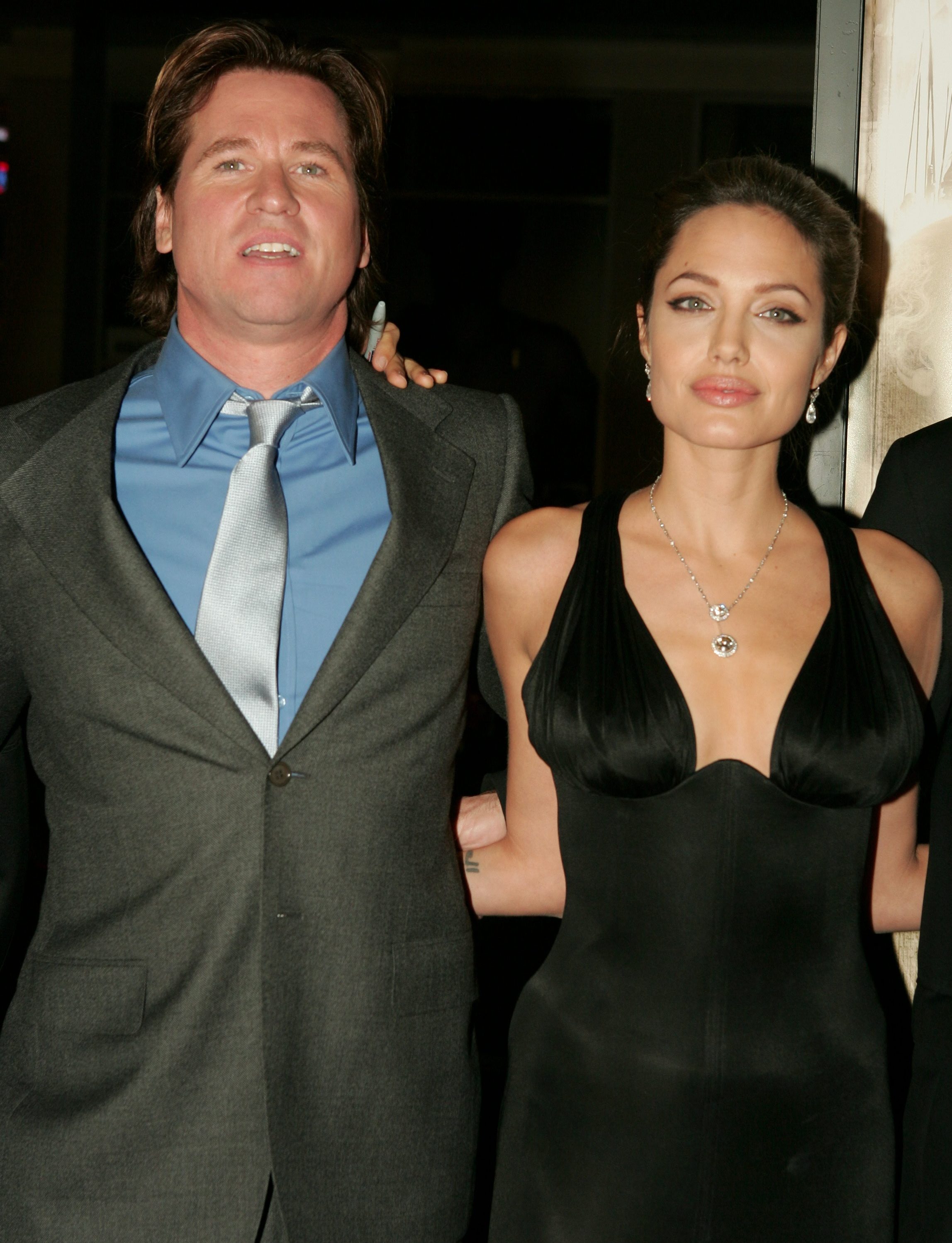 His autobiography, published on Tuesday, paints an astonishingly honest picture of a sensitive soul who was desperate to find The One and cried over one famous ex for six months.

Val, 60, who also starred in Top Gun and The Doors, dated some of the most desirable women in showbiz, including actress Angelina Jolie, singers Cher and Carly Simon and supermodel Cindy Crawford.

But the one who left the biggest mark was Splash actress Daryl Hannah.

He wrote: “Lord knows I’ve suffered heartache. But Daryl was by far the most painful of all. 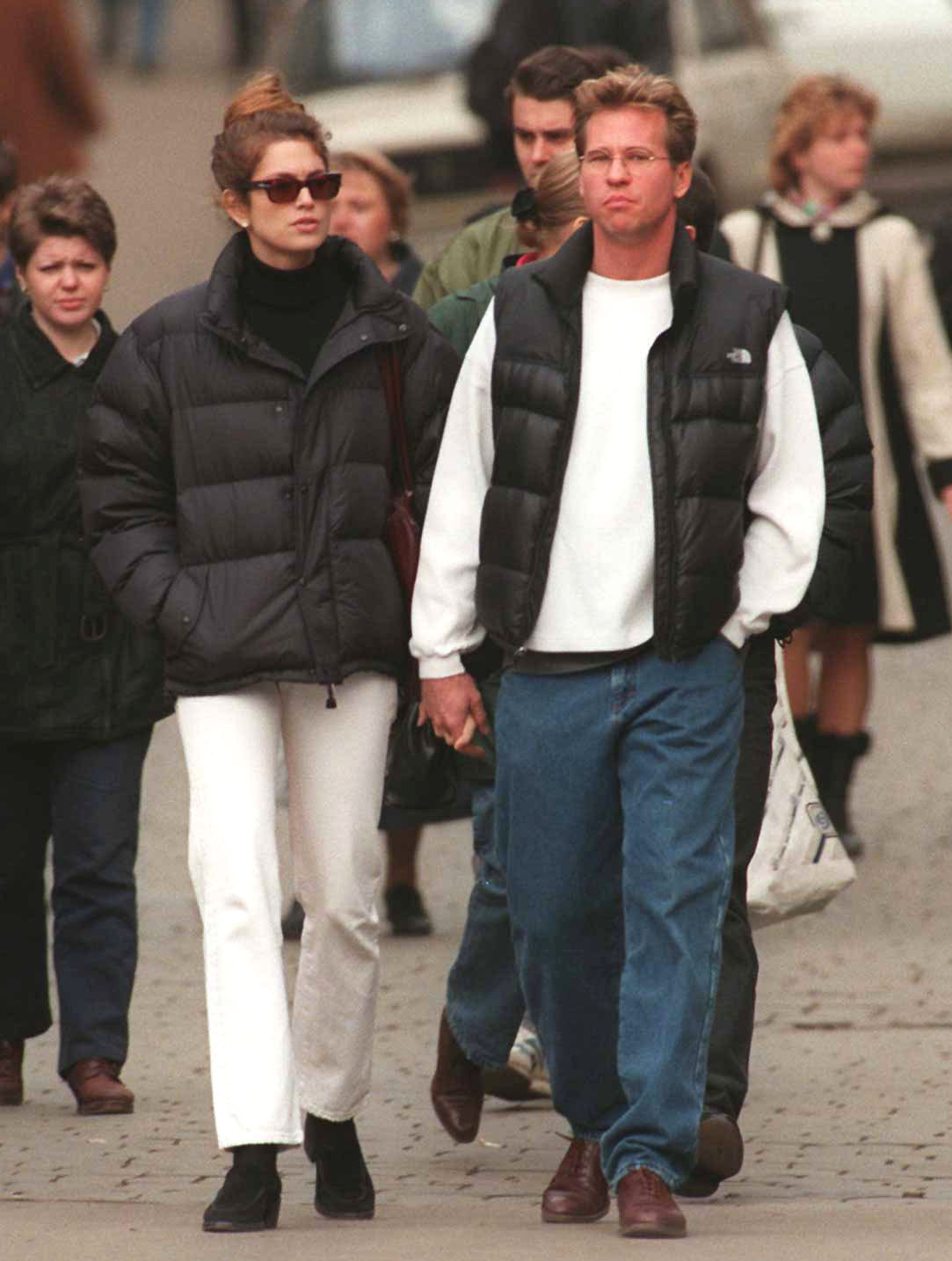 “I knew I would love her with my whole heart forever and that love has lost none of its strength. I am still in love with Daryl.

“When we broke up, I cried every single day for half a year.”

Val, who has been left unable to talk properly after treatment for throat cancer, dated Daryl in 2001.

He claims he hasn’t had a girlfriend since. “The truth is, I am lonely part of every day,” he said. 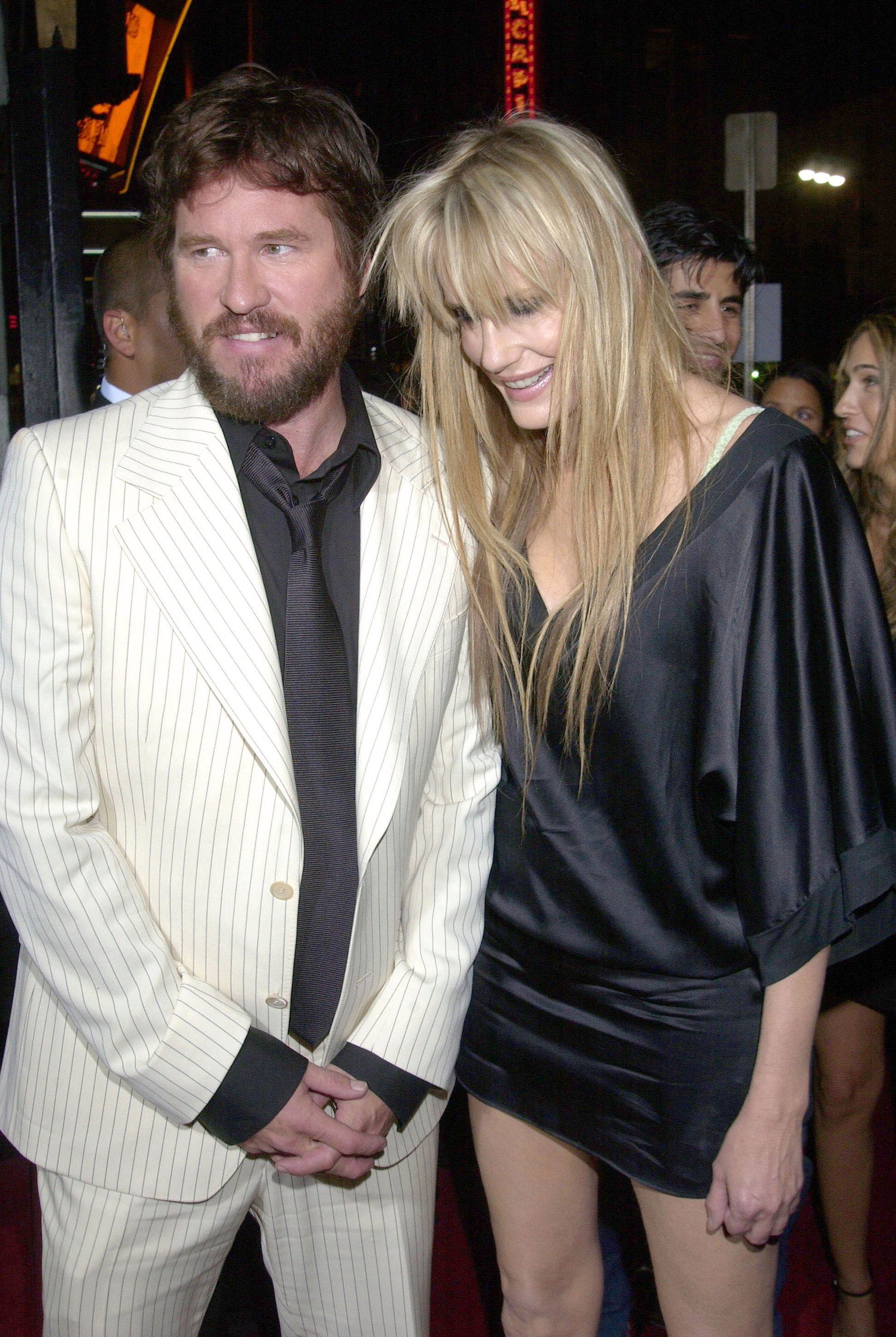 ‘WE HAD A WILD RIDE’

Val’s first romance with a celebrity was an unusual one.

Having moved from the San Fernando Valley in California to New York to study at the Julliard acting school, he was stunned — and completely unimpressed — to be told Cher wanted to meet him.

He says in his book, I’m Your Huckleberry: “I saw Cher as a less-than-fascinating character out of the gossip rags.”

At 21 years old, and despite thinking he had nothing in common with the Believe singer who was then in her mid-30s, he agreed to meet.

Val found Cher to be “the funniest person you’ll ever meet”. 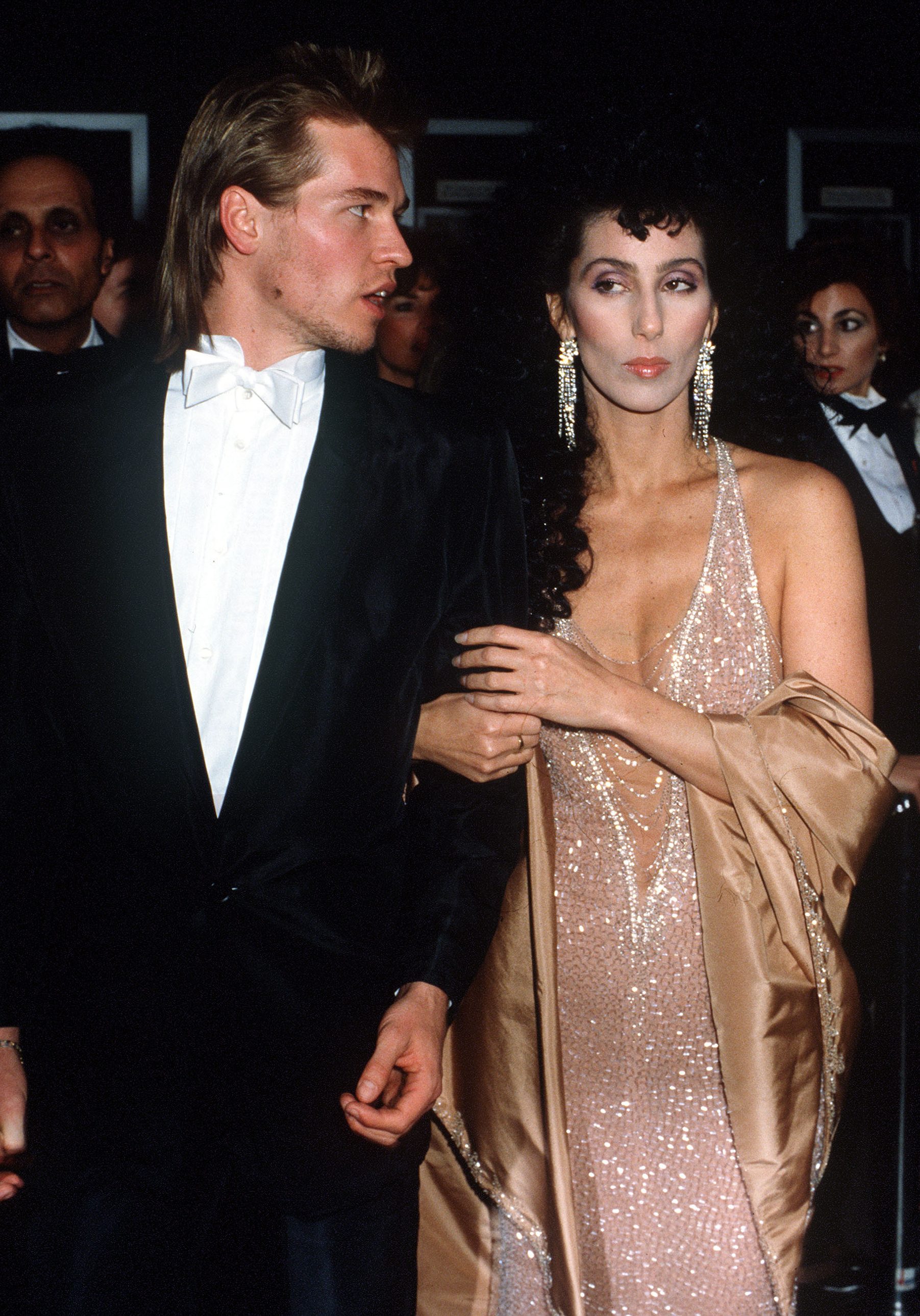 He wrote: “A consummate artist who displays the attributes of a child, teenager and sagacious adult all at once. Once Cher works her way inside your head and heart, she never leaves.”

Val even moved to Las Vegas and lived with Cher at Caesars Palace casino while she carried out a residency in Sin City.

He recalls: “Cher trafficked an intoxicating glamour and I, a Valley boy, fell under her spell.”

It didn’t last, of course, but the pair remain firm friends to this day. 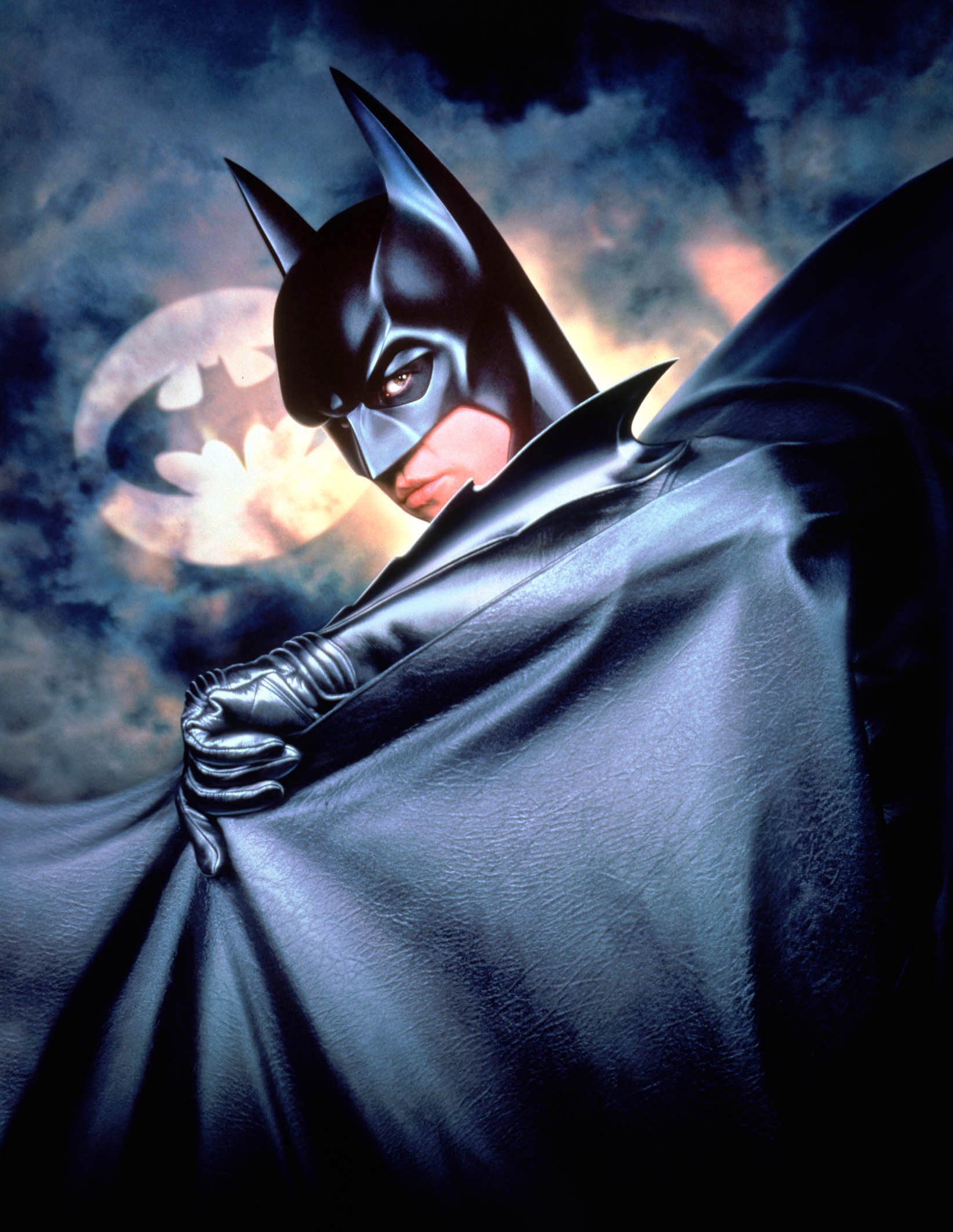 He wrote: “We had a wild ride, and though we’d eventually veer off in different directions, our spirits stayed united.”

Afterwards, as Val’s career was on the rise, he dated Dangerous Liaisons actress Michelle Pfeiffer.

But it was doomed from the start as Val fancied Michelle’s younger sister.

There was a “whimsical” whirlwind romance with New York actress Ellen Barkin and an all-consuming fling with Carly Simon.

Val confesses: “I wanted to be with Carly every day of the rest of my life.” 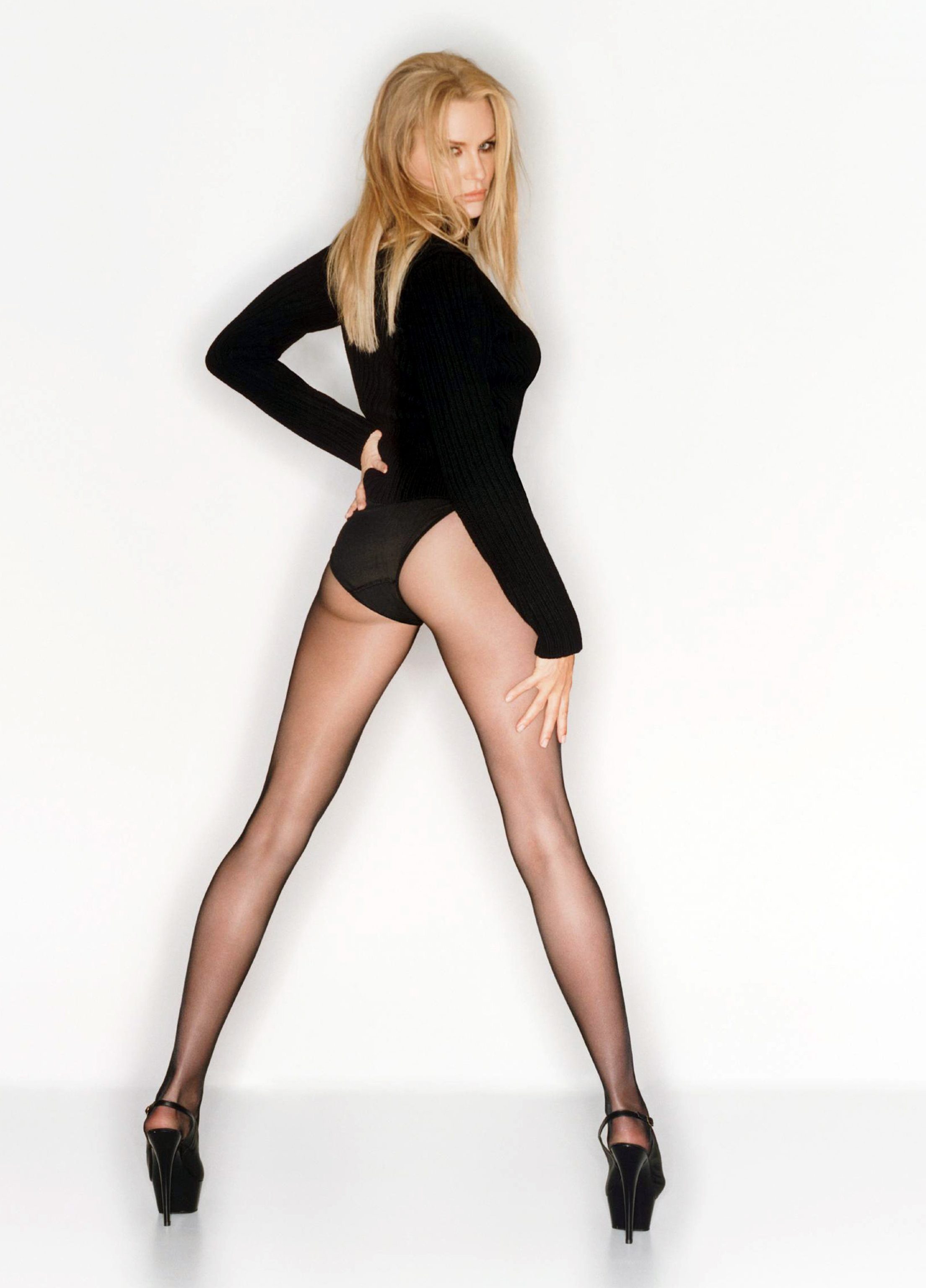 They met on the fantasy adventure Willow and married in 1988.

The couple have two children together, Mercedes, 28, and Jack, 24.

After they split in 1996, he found a shoulder to cry on in the rather unusual shape of acting legend Marlon Brando, one of Val’s childhood heroes.

Brando, who had let the couple stay on his private island in Tahiti for their honeymoon, provided emotional support and acted like a kind of father figure.

In return, Val read him classic poetry and Shakespeare. 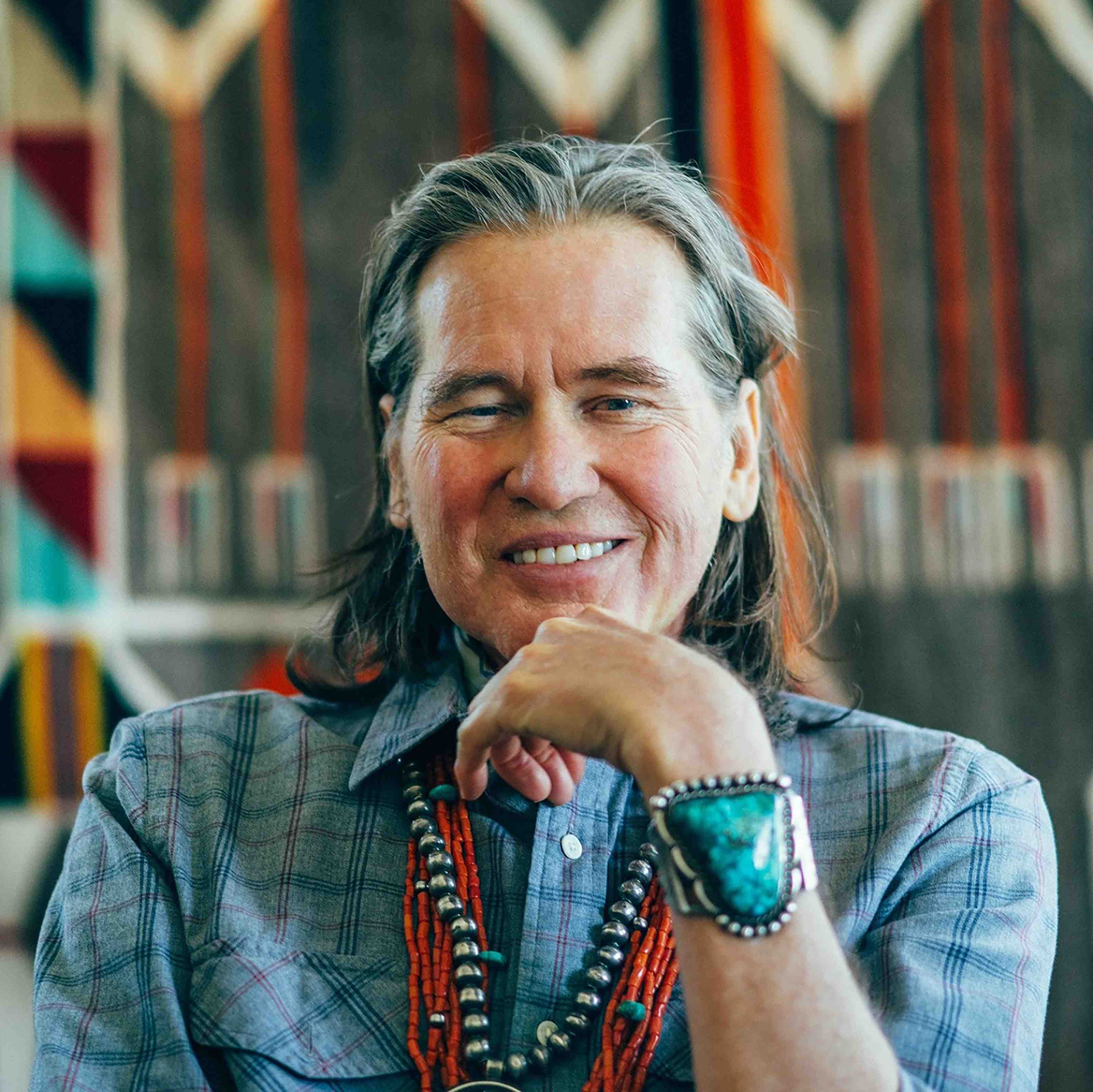 After his divorce, he dated Cindy Crawford and, true to form, fell for her as well.

He wrote: “I thought I could have died from her love because its delight was simply too much to bear.”

Although her global career made a long-term relationship difficult, he credits Cindy with helping him learn to be happy again.

Then there was Angelina Jolie, who he met in 2004 on the set of Oliver Stone’s historical drama Alexander. 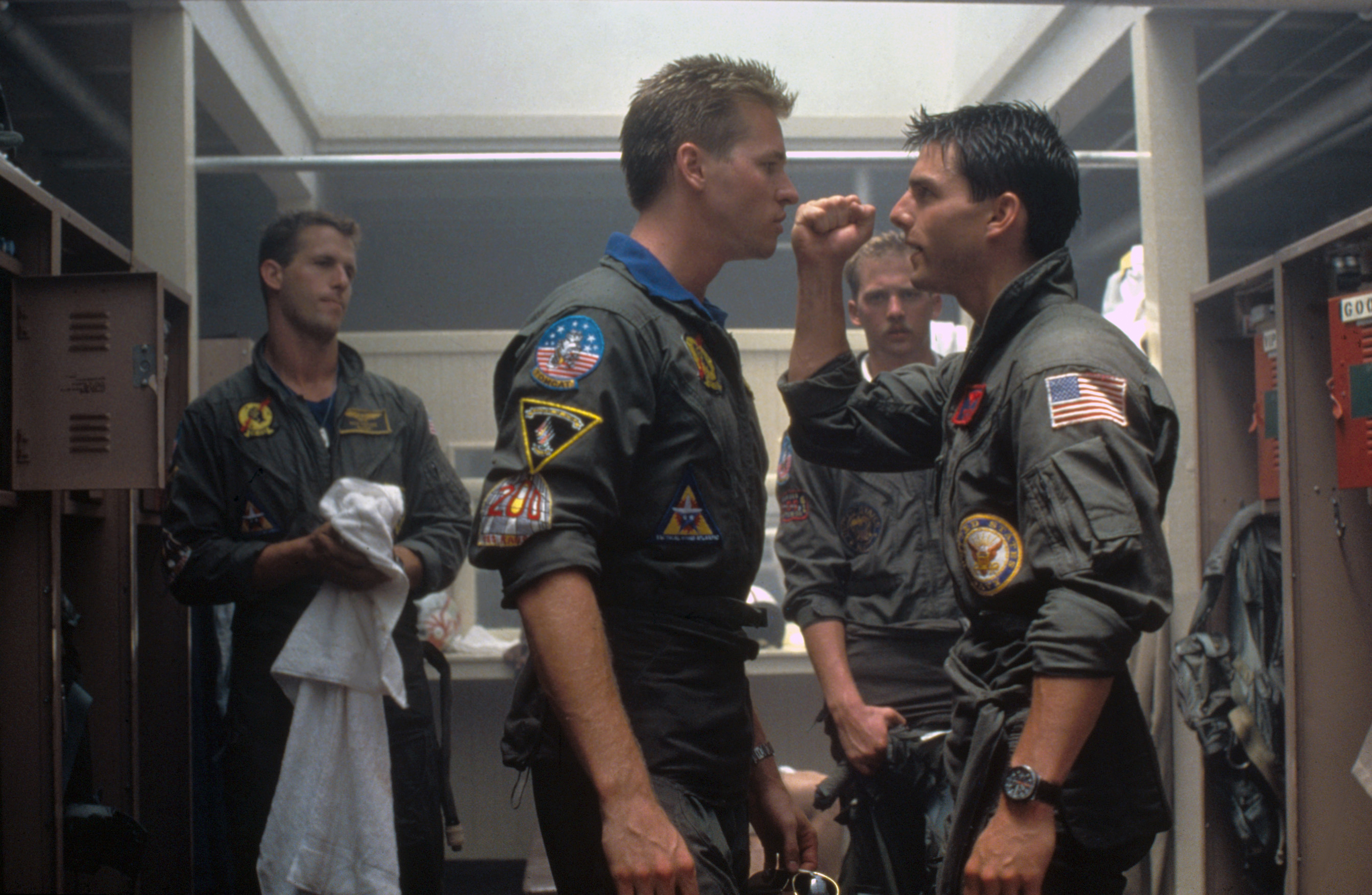 She had just come out of her second marriage, to Billy Bob Thornton.

He says: “I was rescued from an icy inferno of solitude by another angel. Perhaps the most soulful and serious of them all. Angelina.

Not long after they split, Angelina started filming Mr & Mrs Smith with Brad Pitt — who she later married. 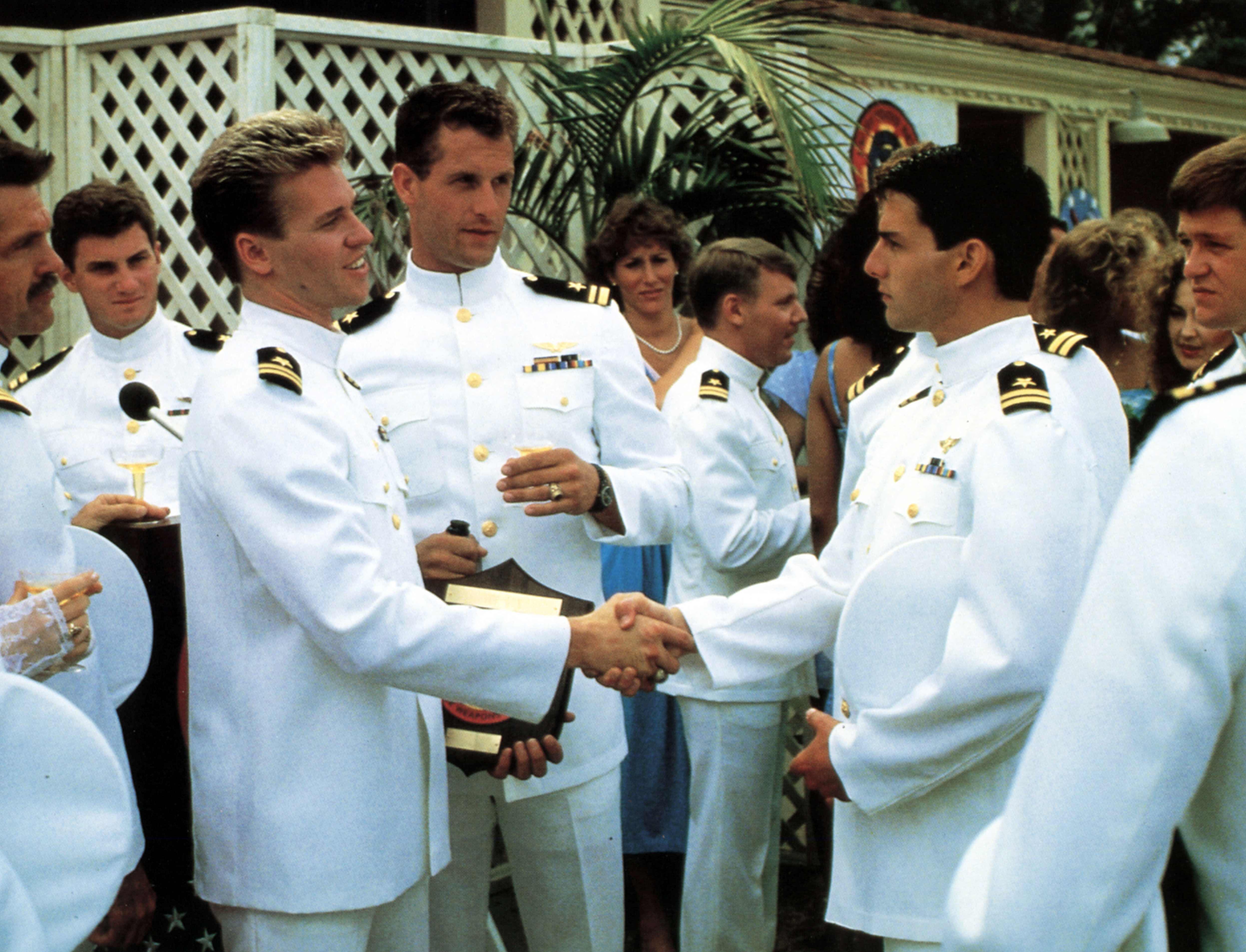 Two years ago he posted an old picture of the pair meeting former US President Bill Clinton and called Jaycee his girlfriend and “best friend at the time”.

The pair were often pictured at red carpet events. And then, in 2001, came Daryl Hannah.

In the book Val even makes a playful dig at Daryl’s husband, singer songwriter Neil Young, who she married in 2018.

VAL discovered he had throat cancer after a horrific incident in 2015.

Having hit hard times he was sharing a cottage in Malibu with a postman and a burrito seller.

His pal Cher invited him to stay at her mansion – where he coughed up blood.

A committed Christian, the first thing he did was pray for his life. Then he called his spiritual practitioner who insisted he should get an ambulance.

Even at such a worrying time, Cher couldn’t help checking out the handsome paramedic.

Val said: “I saw her scanning him. Only in Hollywood, right?

“Despite the fact that I was covered in blood, I caught her eye and bounced my brows like Groucho Marx, ‘Hubba hubba’.”

He woke in hospital after a tracheotomy – the first of two.

Even though he is clear of the disease, he must place a finger on an opening in his throat when he is talking in order to be understood.

He likens his voice to Marlon Brando’s “after downing several bottles of tequila.”

He says: “Neil Young, I loved you but I’m afraid I hate you now.”

Aside from professing his adoration for his famous exes, Val also revealed he never wanted to be in one of his most famous movies, Top Gun, in which he and Tom Cruise starred as fighter jet pilots.

He was only convinced because he was told director Tony Scott adored him.

Val, who played Ice Man in the 1986 classic, reveals: “I didn’t care about the film. The story didn’t interest me. 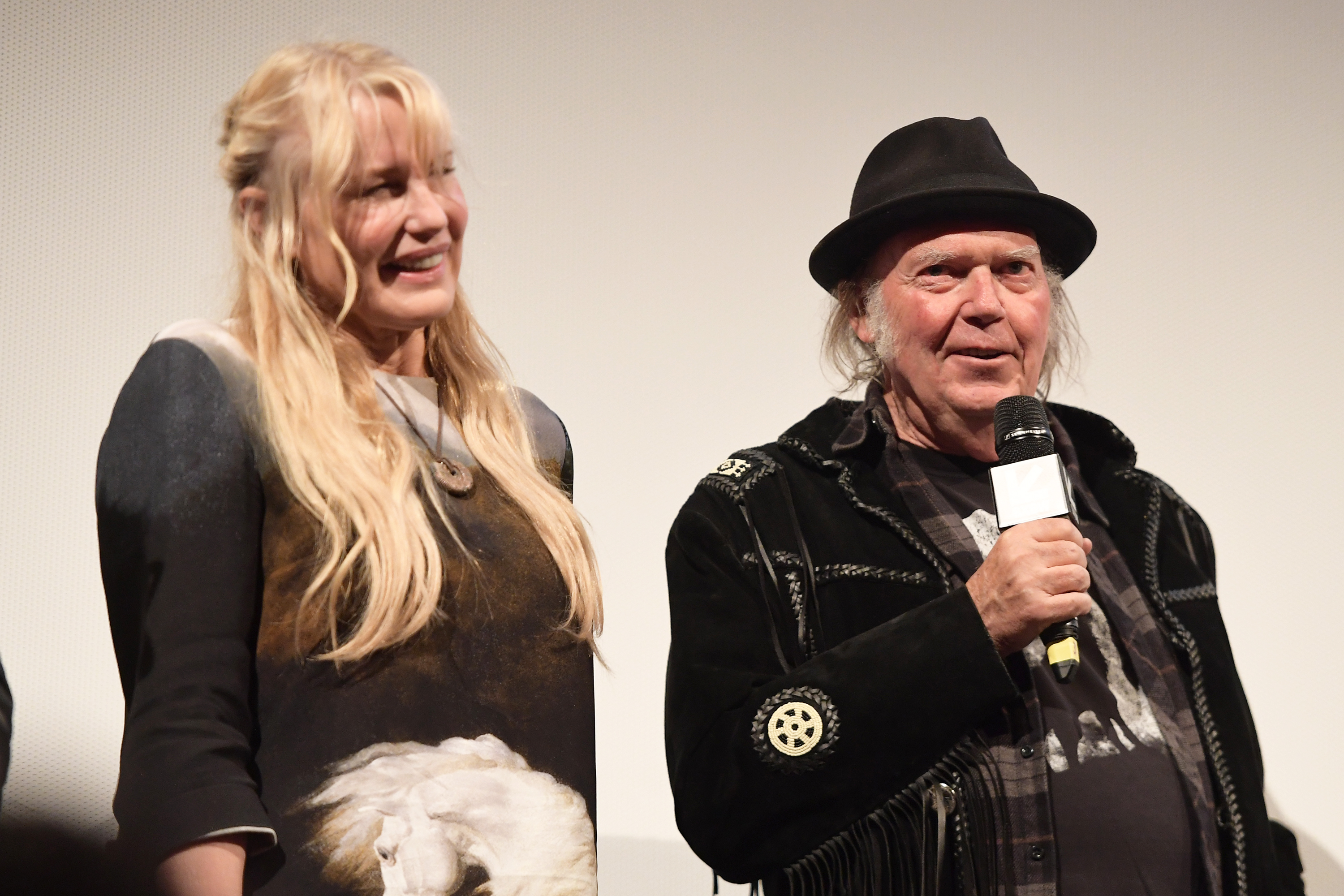 “My agent, who also represented Tom Cruise, basically tortured me into at least meeting Tony Scott, saying he was completely obsessed with me.”

Val, who was drawn to drama as a child as he adored the attention, throws himself into his roles.

For Top Gun he was so immersed in Ice Man’s character he even hallucinated a conversation with his character’s imaginary dad.

When he played Jim Morrison for The Doors rock biopic in 1991, he constantly spoke in the singer’s “super slow delivery”, whether in front of the camera or not. 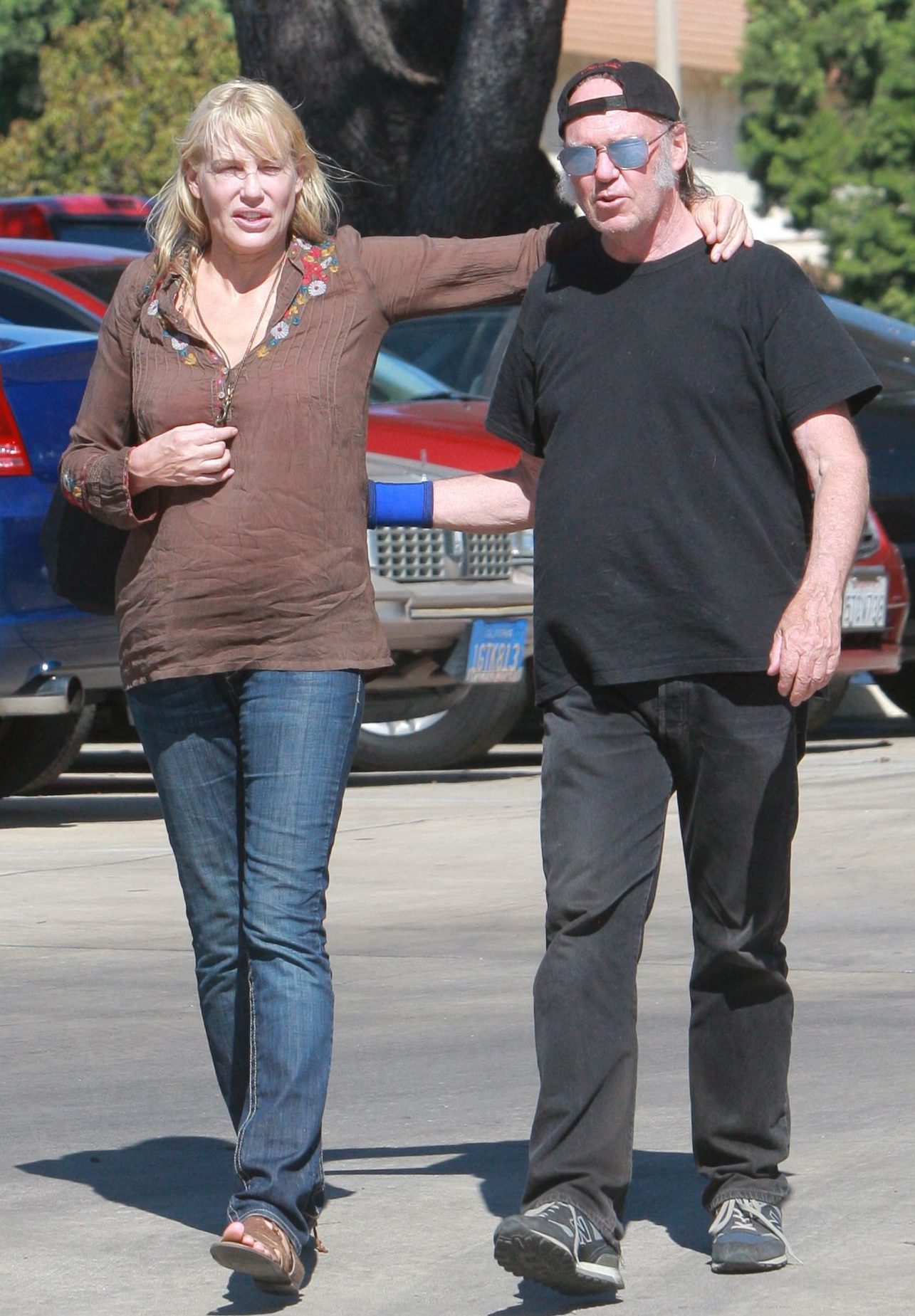 I’m Your Huckleberry, the title of his memoirs, is a quote from a line he says in his 1993 Western movie Tombstone.

By coincidence, after a string of unmemorable performances, he played writer Mark Twain in the 2015 film of his book Tom Sawyer And Huckleberry Finn.

It was his last role before he discovered he had throat cancer, which he has now beaten.

Val now focuses on art and running a gallery in LA, although he has had a steady stream of acting work too.

He admits: “Some days I am weighed down.

“Some days I am light as air.”

But he still has his sense of humour.

“In fact, I’ve never met anyone who has worked so hard on their vanity.”