Home » TV and Movies » If my toyboy boyfriend wants kids, I’ll end our relationship – I’m not having any more, says Tamzin Outhwaite

If my toyboy boyfriend wants kids, I’ll end our relationship – I’m not having any more, says Tamzin Outhwaite

SOAP favourite Tamzin Outhwaite has told her younger lover she will call time on their relationship if he decides he wants kids. 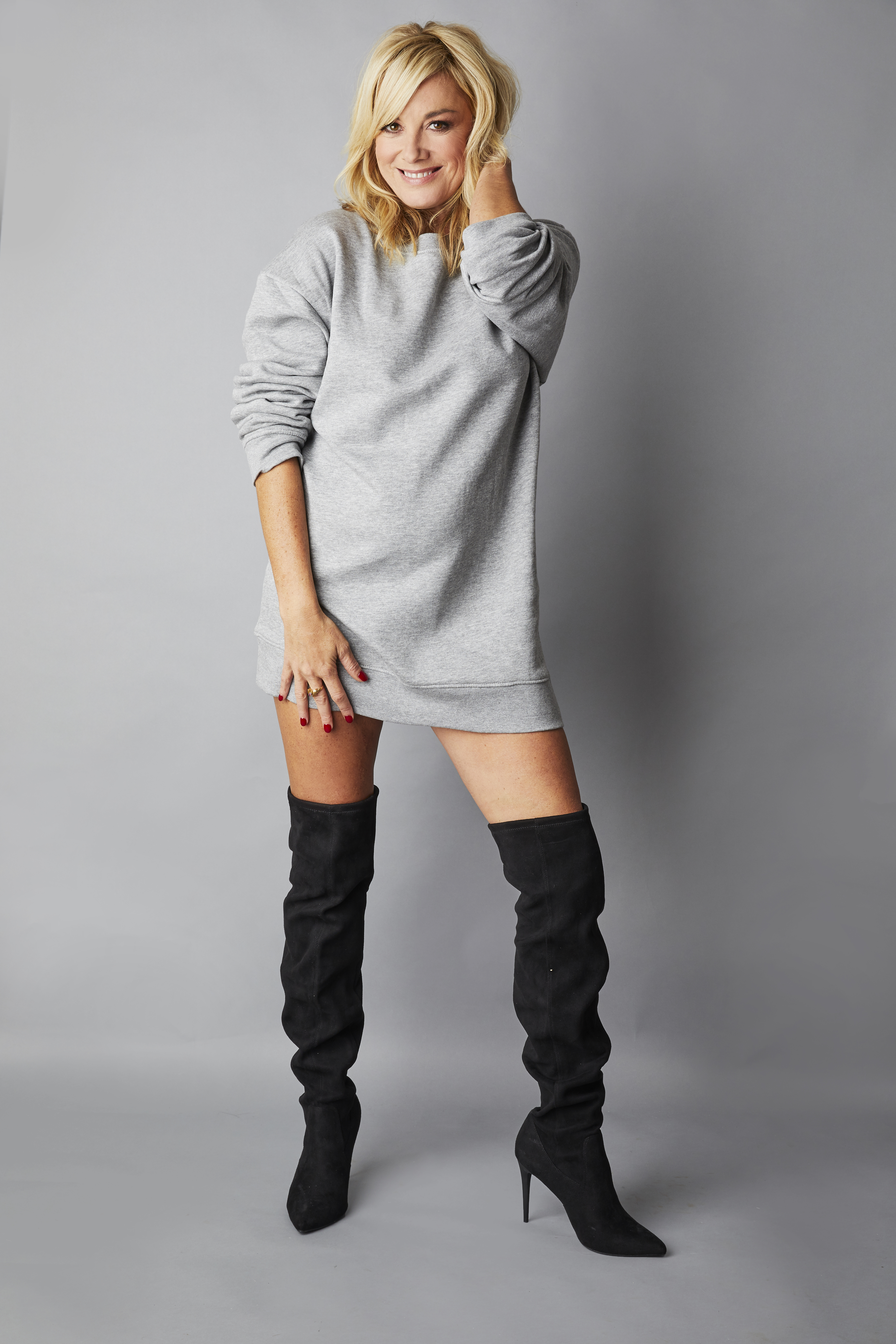 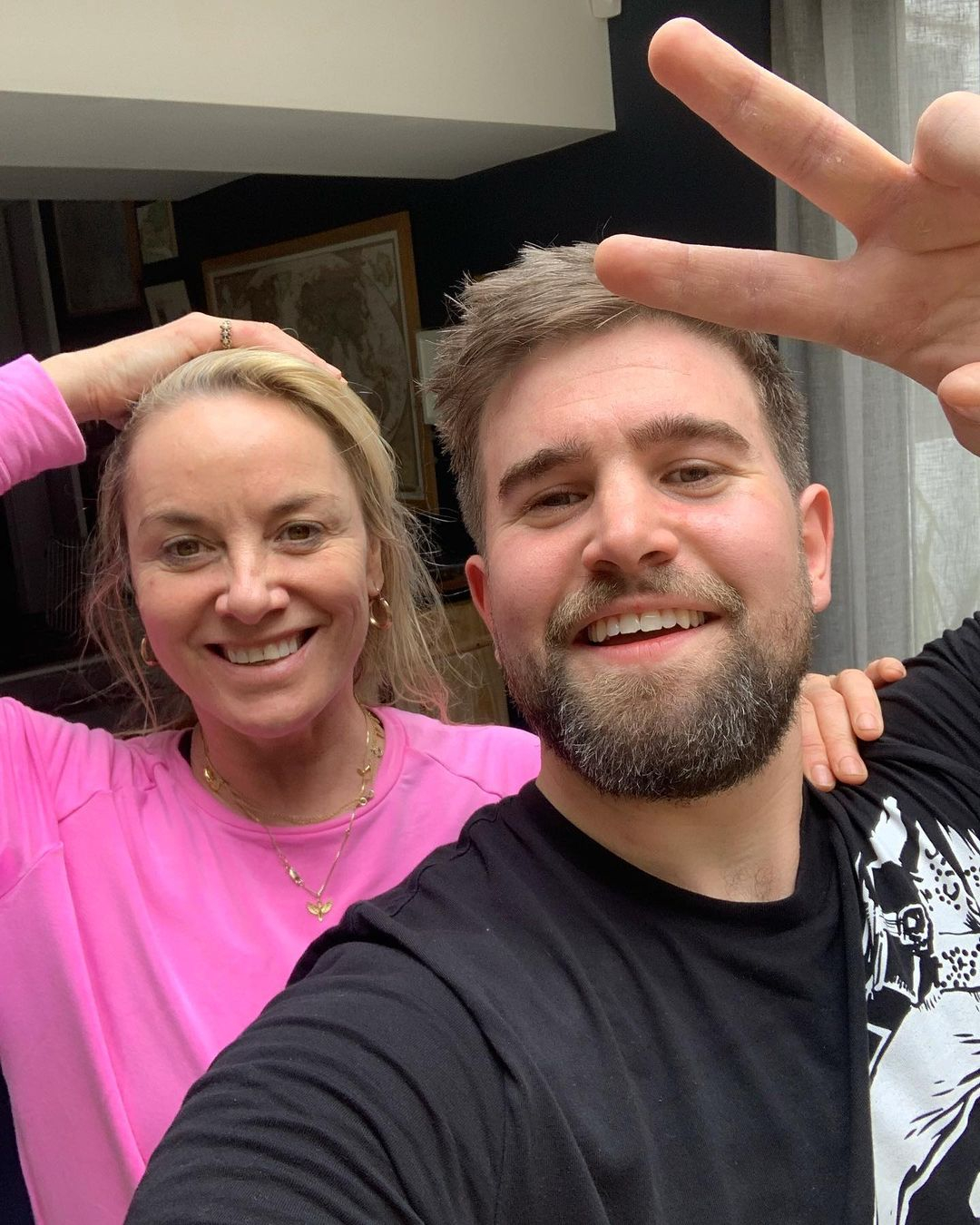 The couple, who met outside a London yoga studio four years ago, now live together with Tamzin’s daughters Florence, 13 and nine-year-old Marnie, from her marriage to Miranda actor Tom Ellis, 42.

But Tamzin, 51 — who recently appeared as Scarecrow on The Masked Dancer and starred in hit BBC1 drama Ridley Road — does not want any more babies, even with “fit and funny” Tom.

She said: “You know that people are thinking, ‘Yeah, but what about when he wants kids?’

“He really doesn’t want kids but if he said, ‘Babe, I really want to have children’, then why would I stop him doing that?”

Categorically ruling out using a surrogate, Tamzin added: “I’ve got two. I’ve really got to keep my eye on the ball keeping these two well, alive and healthy. I’m not having any more. No way. I’m done.”

Tamzin, who starred as Mel Owen in EastEnders between 1998 and 2019 and twice won Sexiest Female at the British Soap Awards, has vowed in the past never to remarry because her daughters would “hate” it.

Yet she has had a change of heart and now says their objections would no longer put her off.

She said: “It’s not about the girls. If I wanted to get married, I would. But I don’t see a need now, I feel free and it’s lovely.”

A popular figure in showbiz circles, Tamzin has a tight-knit circle of celeb pals including former All Saints singer Nicole Appleton and telly hosts Amanda Holden and Holly Willoughby.

In the past weeks she has found herself at the centre of a celebrity controversy after she took to Instagram to congratulate her friend, actor Ioan Gruffudd, on his new relationship with actress Bianca Wallace, only to be publicly slammed by his estranged wife Alice Evans.

Alice accused Tamzin of knowing about the pair’s “affair”.

It is not a matter Tamzin wants to become embroiled in, but she knows only too well how it feels to be the wronged wife.

In 2014, she hit the headlines as she divorced Tom, her husband of eight years, after he admitted cheating on her with Lost actress Emilie de Ravin while in LA filming fantasy drama Once Upon A Time.

Tamzin — currently starring in British movie thriller Bull, released earlier this month — has said little about the split, other than the adultery was more than just a one-time moment of madness.

“I wouldn’t not be with my husband over a one-night stand is all I’ll say,” she has said. “I will tell them (the children) exactly what happened, and it will come from me. He’s still their dad and they still have a relationship.”

Tom, who also has a 16-year-old daughter, Nora, now lives in LA with his wife of two years Meaghan Oppenheimer, who is a screenwriter and producer.

It’s not about the girls. If I wanted to get married, I would. But I don’t see a need now, I feel free and it’s lovely

He spoke last month of his pain at being separated from his UK-based daughters during the pandemic, describing it as the “worst possible feeling”. Tamzin said being away from their dad was “tough” on the girls too.

She has said of the divorce that “bitterness gets you nowhere” and it is clear she is happier than ever with the newer, younger Tom in her life.

Despite the age gap, she says their maturity levels are perfectly matched.

“I’m like a big kid,” she added. “I still think I’m in my twenties. Even my dad said, ‘You’ve got to slow down and grow up. You’re 50 now!’ I love spontaneity, I’m not great with plans and it’s a very childish way of living but Tom is much more mature.”

He has also been a pillar of strength for Tamzin after she was left devastated by the death of her mum Anna Santi in 2018.

She died suddenly of an aneurysm at the age of 67, and compounding Tamzin’s grief was the wrangling over the will which saw her inheritance end up “in the wrong hands”.

Because Anna had not formally written a will, Tamzin and other relatives did not receive “what was meant for them”. She urged others to avoid similar distress by making sure their wills were up to date.

She said: “I know what my mum would have wanted, but she didn’t have it written down. My advice is to prevent it happening and write it down, especially if you have property.”

Tamzin denied being upset at missing out financially, insisting her sadness was not about the money but that the final outcome was not what her mother had wanted.

She added: “There were no tears over not getting money but the feeling that my mum’s wishes weren’t carried through.”

Tamzin is also keen to quash reports that the pandemic left her strapped for cash, despite resorting to selling her possessions during a period of lockdown unemployment.

As well as selling prized pieces of urban art, including her beloved Banksy collection, she got rid of unwanted items of clothing and homeware and even contemplated becoming an influencer.

She admitted the sideline was “probably how I’m going to pay my mortgage and exist for a while, until our industry comes back”.

Today she bats away any suggestion she was on her uppers.

Covid has been difficult for people to finalise things because you haven’t been able to say goodbye.

“I’ve not struggled financially for a very long time and I’ve never struggled to pay the mortgage,” she said.

But the pandemic did bring Tamzin great heartache after she was unable to say goodbye to her old Albert Square colleague Barbara Windsor, who died last December at the age of 83 following a battle with Alzheimer’s.

Tamzin, who appeared alongside Barbara on EastEnders for four years until 2002, admits it has been difficult accepting she is gone.

She said: “Covid has been difficult for people to finalise things because you haven’t been able to say goodbye.

“I still imagine her with her husband Scott somewhere. I loved everything about Barbara. I was in contact with Scott, but I didn’t see her at the end.

“It sounds awful but when you haven’t seen someone suffer, there’s something lovely about being able to remember them in their heyday.”

Tamzin credits Barbara and her 66-year career in the spotlight as being a big source of inspiration and said they shared a similar work ethic. Tamzin added:

“She did musicals and theatre and had that working class, East End thing where you feel like an underdog in the world of television and theatre but she used her charm. That was a massive lesson.”

Tamzin wants to see the industry invest in and create more roles for older women.

She said: “The majority of people that watch television, your ordinary channels, are women over a certain age. So these are the women who are crying out, ‘Represent me’, the power that comes from women in a group, all going through the same thing at the same time. It’s endless dialogue, endless gags.

"Women over a certain age don’t have to just drift off the face of the Earth. They can still be funny and sexy.”

Women don’t want to go through the menopause, but with HRT it’s manageable. It’s really important we’re talking about it

Tamzin is equally passionate about empowering women to speak openly about the menopause, which The Sun’s Menopause Matters campaign in Fabulous is aiming to achieve.

It chalked up a huge win last month when ministers responded to our calls to make HRT free on the NHS by pledging to cut the cost of repeat prescriptions for the treatment. The move will save millions of women hundreds of pounds every year.

The campaign is also demanding a menopause policy in every workplace after research commissioned by Fabulous found three out of five women aged 45 to 55 say their careers have suffered during the menopause.

Tamzin’s experience of it began during the first lockdown, with symptoms including anxiety, night sweats and insomnia.

She said: “This might be the perimenopause, because I still have periods. I’m on oestrogen gel and a progesterone tablet.

“For me, it’s preventative. Women don’t want to go through the menopause, but with HRT it’s manageable. It’s really important we’re talking about it.”

Because of the HRT, health-conscious Tamzin is cutting back on booze after falling into bad habits during lockdown. She has also reduced meat and dairy in her diet.

She said: “As you get older, when you’re going through menopause and you’re taking HRT, it just doesn’t sit as well with me.

“I’m not teetotal. I’m drinking on special occasions but I’m definitely drinking less. It’s a process. I don’t want to just go, ‘I’m sober’, because I’m not an addict.

“I want to tailor it to my needs. We’re calling it mindful drinking!” 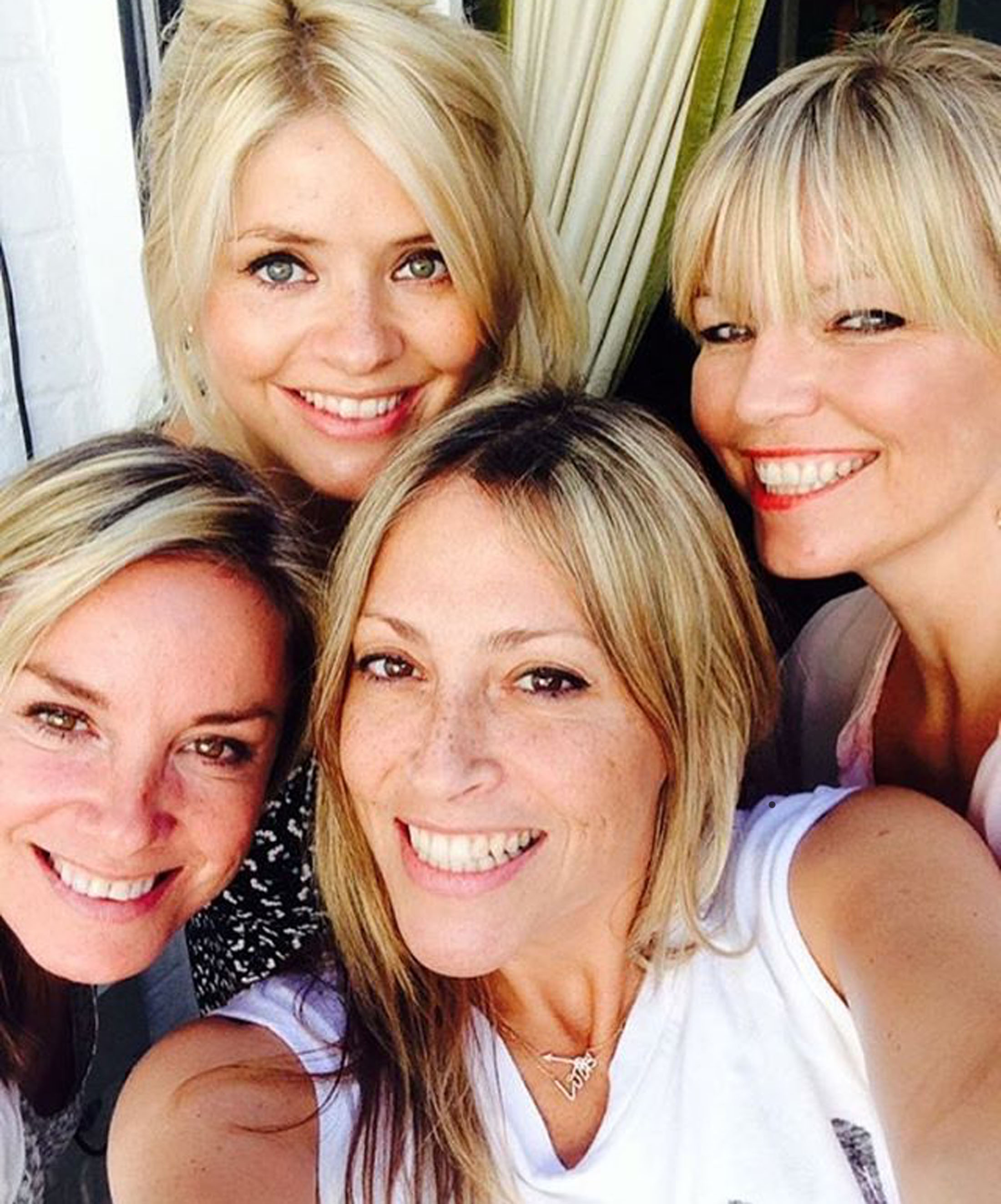 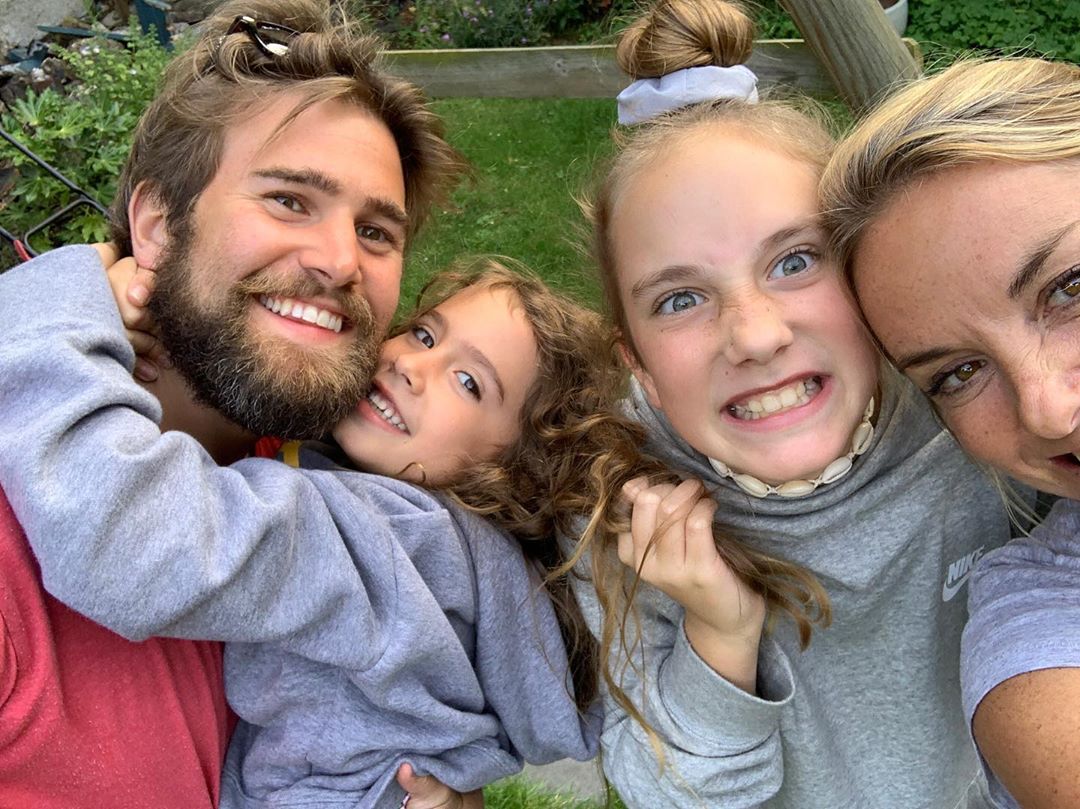 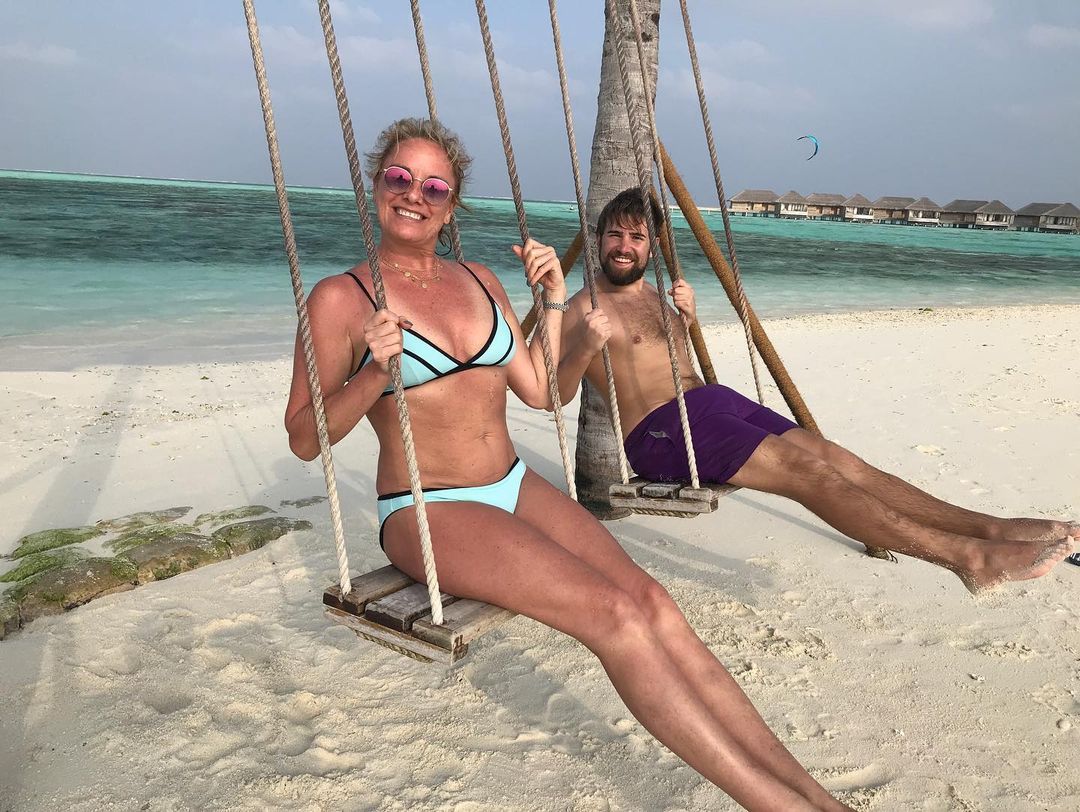