The Chase: Darragh says his wrong answer was a 'bad miss'

On Tuesday, Bradley Walsh welcomed Heather, Andy, Ahmed and Nicola to The Chase, all of whom were hoping to pocket some cash against the Chaser. Facing them was Darragh ‘The Menace’ Ennis and he quickly proved to the team that beating him would be no easy feat. And while he managed to knock out first player Andy, Heather and Ahmed showed off their quizzing skills to make it back to the Final Chase. Nicola, on the other hand, luckily guessed a number of questions – and it didn’t go unnoticed by Darragh.

After racking up £4,000 in his cash-builder, first player Andy did his best to try and get the team off to a flying start against The Menace.

Sticking with his original amount and ignoring Darragh’s higher and lower offers, Andy’s efforts fell short as the quizzing guru caught him and sent him home empty-handed.

However, Heather and Ahmed proved they had what it took to best Darragh in their head-to-heads, progressing with £5,000 and £3,000 respectively.

And it looked like the team’s turn in fortune following Andy’s exit looked set to continue when the final The Chase player Nicola earned a respectable £5,000 in her own cash-builder. 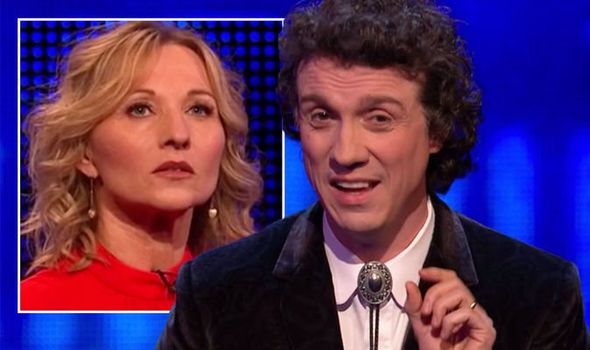 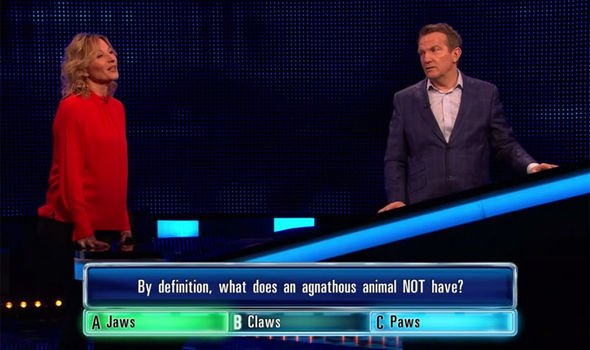 After getting her first two questions wrong in her face-off with Darragh, The Chaser quickly closed the gap on the table.

With five steps to go to make it back for the Final Chase, Nicola faced an uphill battle – but the tide soon turned.

Nicola managed to guess an acting question correctly as she edged closer to home and was helped out in her head-to-head when Darragh sensationally got a periodic table brainteaser wrong.

“I went with you there because… I’m an idiot,” Darragh explained after getting his science question wrong, admitting it was a “bad miss” from him. 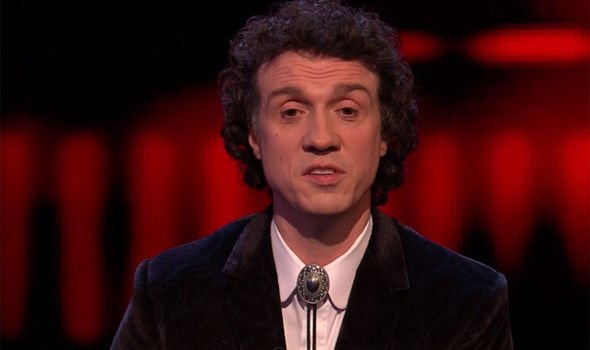 From then on, Nicola couldn’t be stopped as she managed to guess a Greek philosophy question, a challenging South American animal teaser and a Bruce Lee query all correctly.

But after fluking her way to one step from home, Darragh put the pressure on, jokingly threatening to walk off if she succeeded.

“If you get the last question by a guess,” he began to tease Nicola, “I’m going home.”

“Stop it! Stop it!” Nicola hit back before Bradley delivered her final question.

Sadly for Nicola, she was unable to correctly answer the final teaser as Bradley asked: “By definition what does an agnathous animal NOT have?”

Jaws, Claws and Paws were the possible answers and Nicola incorrectly opted for the latter.

Darragh, however, managed to catch Nicola and send her home empty-handed.

Therefore, fans were deprived of the opportunity to see if he really would have gone through with his threat earlier in the round.

This left just Ahmed and Heather to take on Darragh in the Final Chase, playing for £8,000.

And the two put up a good fight, racking up 18 steps against the quizmaster.

But, true to form, The Menace caught the two following a series of missed pushbacks and with 30 seconds still on the clock.

The Chase continues weekdays at 5pm on ITV.