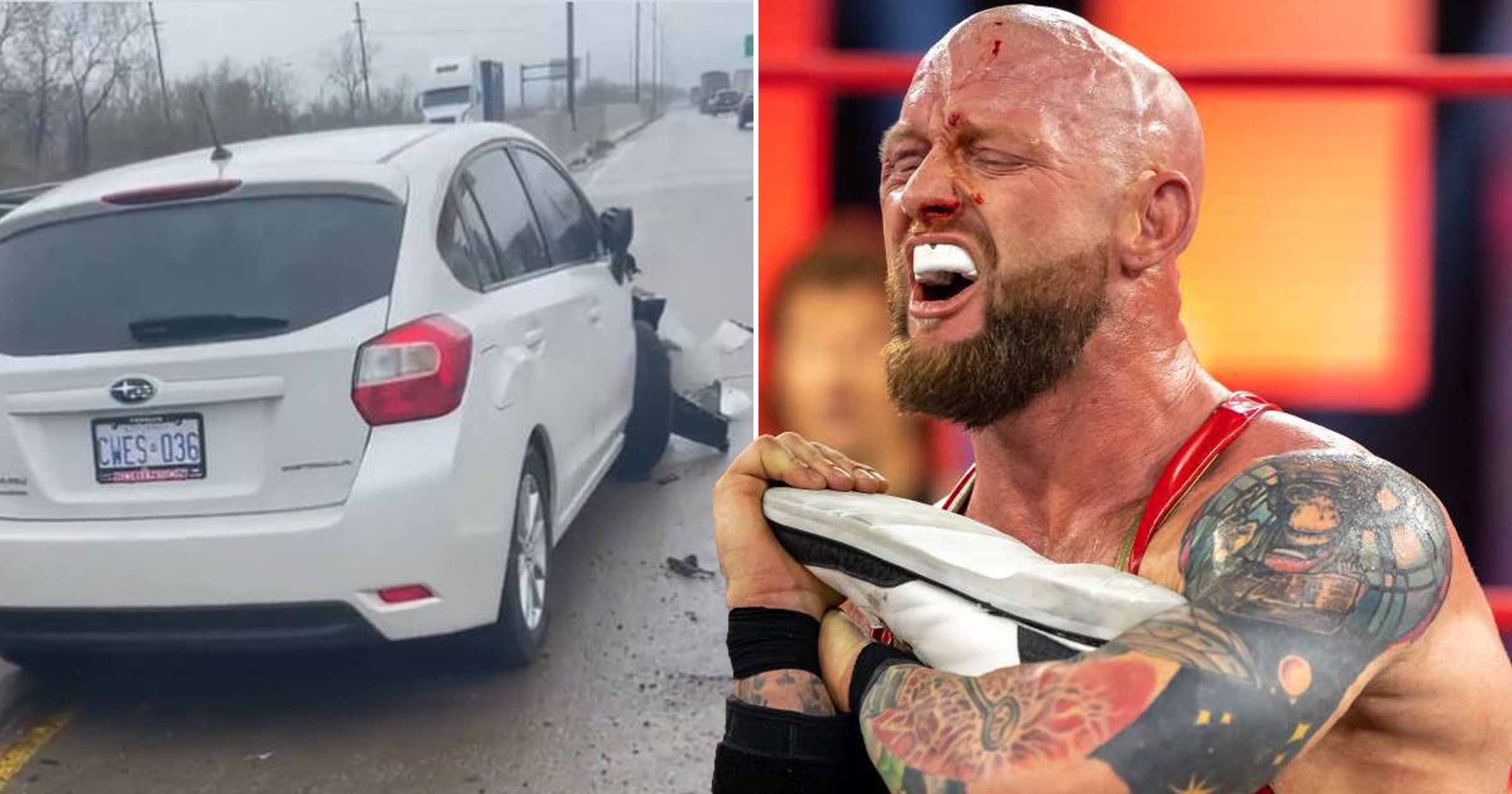 IMPACT Wrestling star Josh Alexander is ‘very lucky’ after being involved in a car crash this week.

The so-called Walking Weapon – who recently won the IMPACT Wrestling World Championship after his youngest son Jett accompanied him to the ring at Rebellion – referenced his eldest boy in an emotional message after the accident.

Sharing a clip of the car after the incident, Josh tweeted: ‘My 7yr old thinks it’s lame to tell me he loves me. I always tell him & say “We say I love you just incase we never get another chance. We say it as much as we can.”

‘This is why. Tell your ppl. Whoever they are. EVERYONES FINE. Seconds or inches saved us. We are very lucky. (sic)’

He didn’t give any more details on the incident.

The accident comes just two weeks after Alexander and was joined by his adorable son Jett – who celebrates his fourth birthday this month – for his main event match against Moose at Rebellion.

His wife Jade Chung was at ringside, and his mini-me was dressed in his own version of his dad’s wrestling gear as they made their way down the ramp.

The little lad played up to the crowd brilliantly in his singlet, head protector and mouthpiece, posing and keeping in character with his dad’s signature scowl.

Before Bound For Glory last year, Josh admitted his sons are his ‘biggest fans’, and he gets a special feeling when they’re able to share in his big moments.

‘I’m not just wrestling for myself anymore. My three year old and six year old boys are my biggest fans on planet earth. Seeing the enjoyment they get out of me bringing a title home or winning something, that makes me enjoy it a lot more,’ he exclusively told Metro.co.uk at the time.

‘I thought my six year old had no interest [in wrestling] and now he’s started to get into it. My three year old has been slapping his leg and kicking me in the face since he was a year and a half.’