Indiana Jones 5 filming is well underway across the UK, with Harrison Ford having been spotted out and about in a number of locations. The Hollywood legend, who turns 79 next month, returns for what will be his final adventure in the Lucasfilm franchise that began 40 years ago with Raiders of the Lost Ark. With much of the plot and even cast members under wraps, fans have been wondering if John Rhys-Davies will be reprising Sallah in the new blockbuster.

John, also know for portraying Gimli in The Lord of the Rings trilogy, played Sallah the Egyptian excavator in both Raiders of the Lost Ark and Indiana Jones and the Last Crusade.

Back in 2019, Express.co.uk asked the Welsh actor if he was set to reprise the role in Indiana Jones 5.

The 77-year-old had previously turned down a chance to cameo in the final wedding scene of Indiana Jones and the Kingdom of the Crystal Skull.

While on Indy 5, he told us: “Well I keep sending signals that I’d love to be [involved] but I’m not on the mailing list at the moment.” 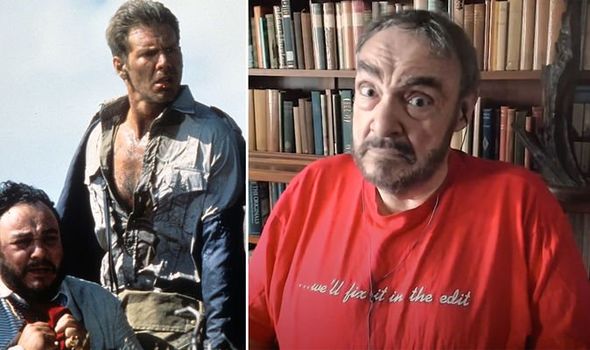 John added: “And I’ve got an idea that perhaps I’m not quite as politically correct enough to survive in it anymore.

“And that’s for a number of reasons, adding to which Sallah is no longer a believable character given the history of the Arab world and the West since we did the first one.”

Well now John has featured in a new video interview to celebrate the 40th anniversary of Raiders of the Lost Ark, and fans have been wondering if the Sallah actor was in fact teasing his involvement in Indiana Jones 5.

Speaking with Adventurer’s Summit, the 77-year-old coyly said: “And Indy 5 is brewing I hear…hmmm…[looks directly at the camera]…HMMMMM…” 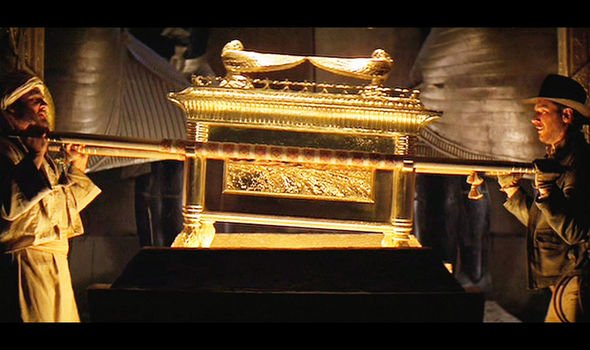 While commenting on shooting Raiders of the Lost Ark, John said: “Fabulous film. We shot it in London and in…Morocco didn’t we?

“Was it Morocco? No! Tunisia. A difficult shoot. Very hot in the true Sahara.”

Since the interview went live, a fan tweeted the footage and assessed: “John Rhys-Davies talked about Raiders and mentioned Morocco (!?!) instead of Tunisia.

“By talking about Indiana Jones 5 he did THIS face impression! I believe we all think the same what this means?”

As for why Morocco’s significant, it’s been rumoured that Indiana Jones 5 will shoot in the North African country later this year.

In fact, in the last 24 hours, Morocco World News has reported this as allegedly announced by the Moroccan cinematographic centre (CCM)

According to the outlet, the CCM noted that filming will take place in Fez and Oujda later this summer.

And a statement noted: “The success of Morocco and its attractiveness as that large filming space are due, on the one hand, to the multiple decorations offered by our country, in its exceptional light, the experience and the qualification of its technical teams, and, on the other hand, the measures taken since 2017 by the Moroccan cinematic center as well as the benefits granted to foreign producers.” 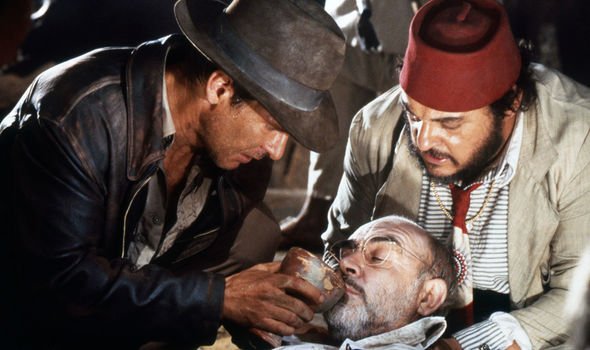 According to producer Steven Spielberg, Indiana Jones 5 will be set in the 1960s, following the 1930s and 1950s settings of the previous outing.

Ford is joined in the cast by Phoebe Waller-Bridge, Mads Mikkelsen, Toby Jones and more.

While Logan director James Mangold is helming the movie that looks set to have flashbacks and digital de-ageing of its star for World War II scenes.