Home » TV and Movies » Inside Richard Bacon's £4.3million mansion he's snapped up in Los Angeles with six bathrooms and a library

Inside Richard Bacon's £4.3million mansion he's snapped up in Los Angeles with six bathrooms and a library

RICHARD Bacon, his wife Rebecca McFarland and their two kids have moved into a swanky £4.3million mansion in Los Angeles.

The former Blue Peter presenter, 44, is certainly living his best life in the impressive pad – which boasts six bathrooms, a swimming pool and a private terrace. 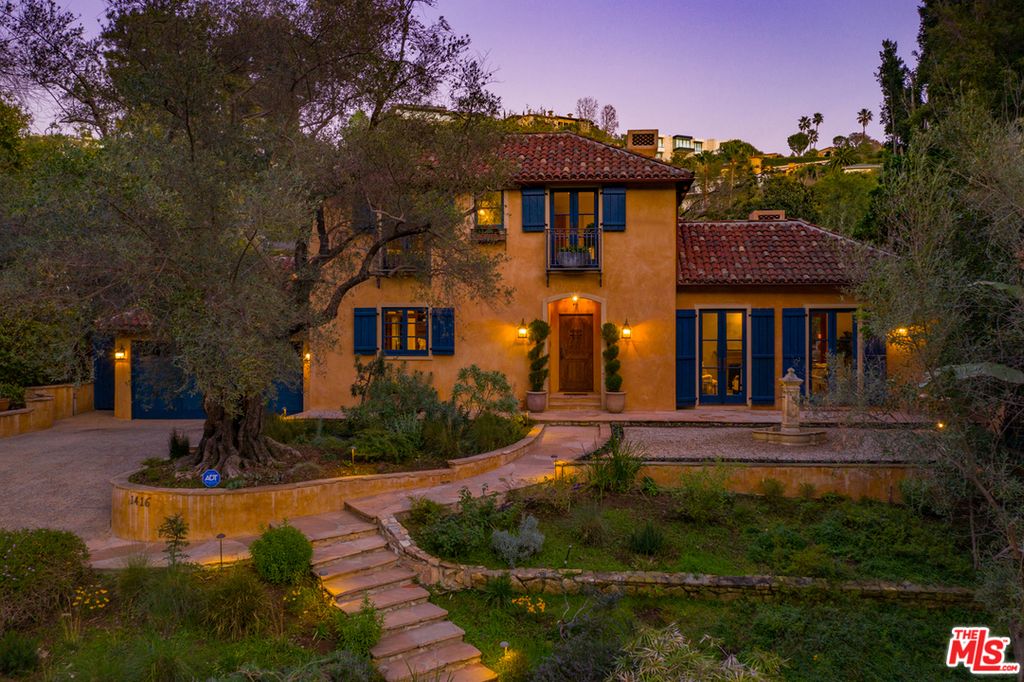 The 4,260 square foot estate is located in the Bird Streets neighbourhood and located directly above the iconic Sunset Strip in Hollywood Hills.

The mansion follows a 1930s Mediterranean-style compound with it's the coral-coloured exterior walls and cobalt blue shutters.

It has stone steps leading up to the front door and is surrounded by plenty of land and greenery – including mature and olive trees.

The family pad has plenty of space for Arthur, eight and six-year-old Ivy to run around in as it boasts four bedrooms, six bathrooms, a drawing room, dining room and even a library. 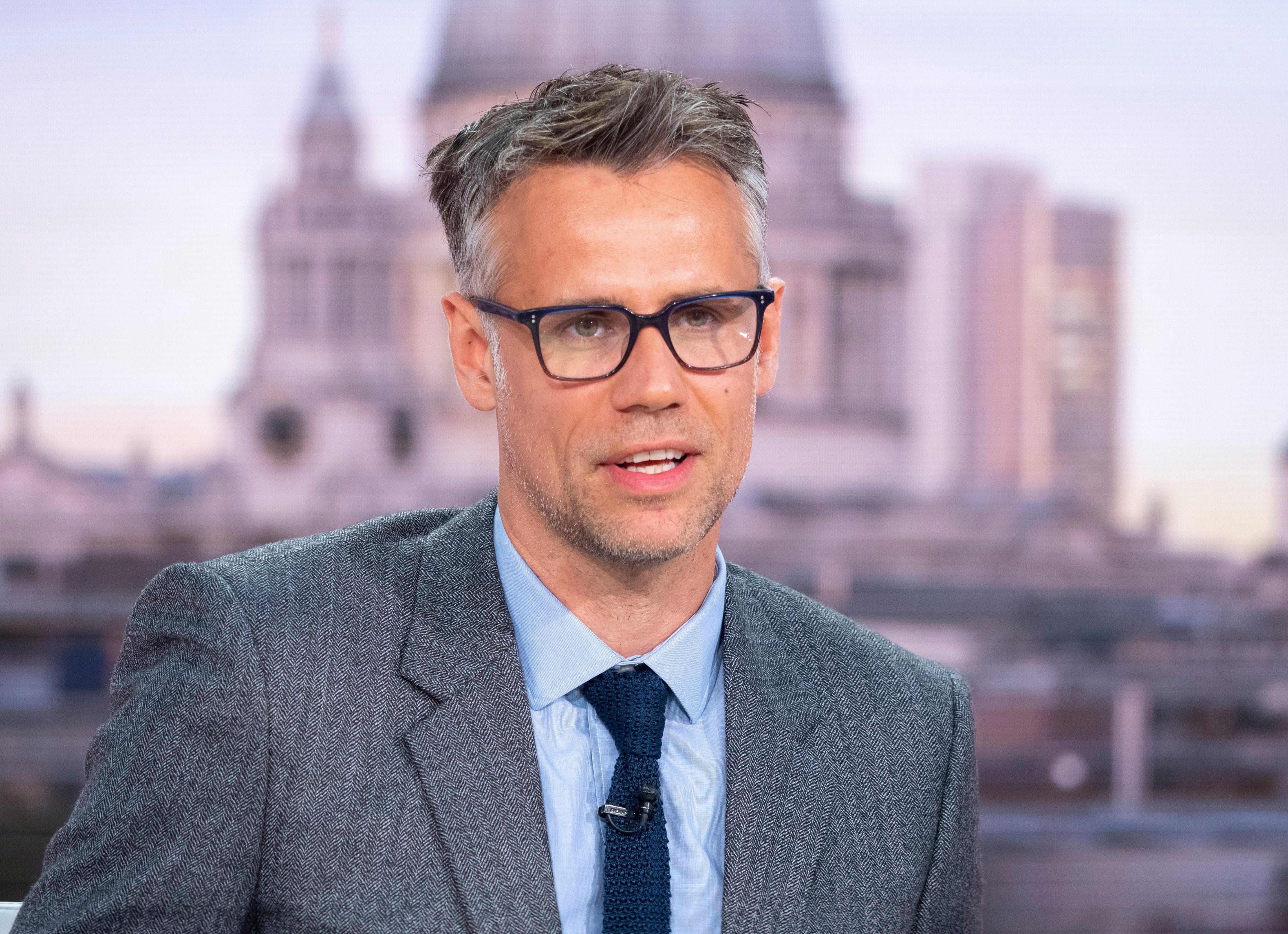 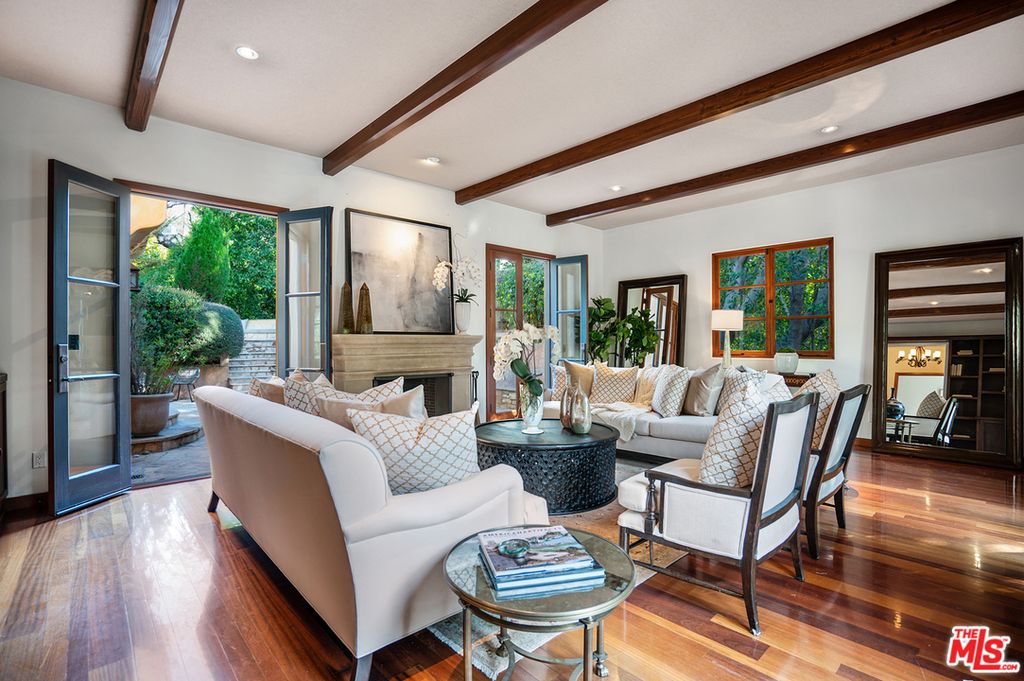 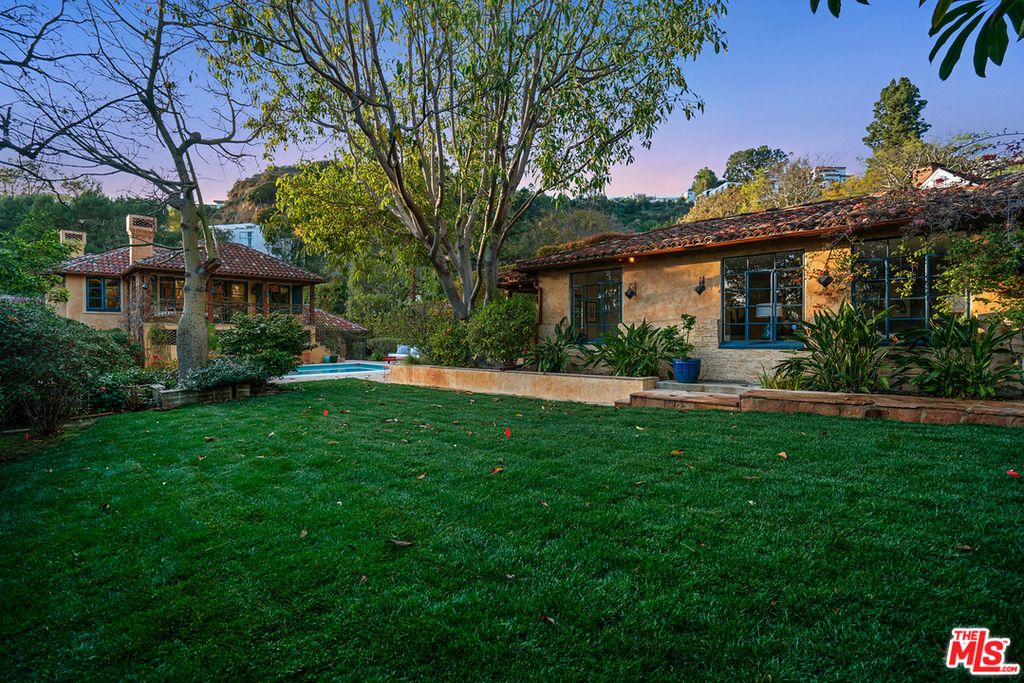 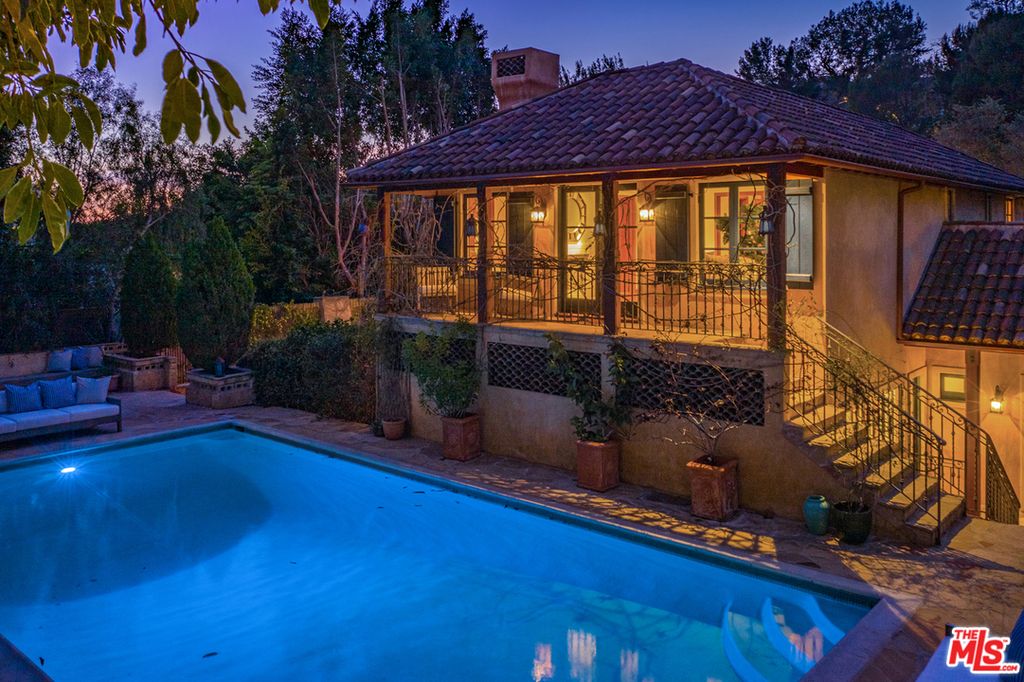 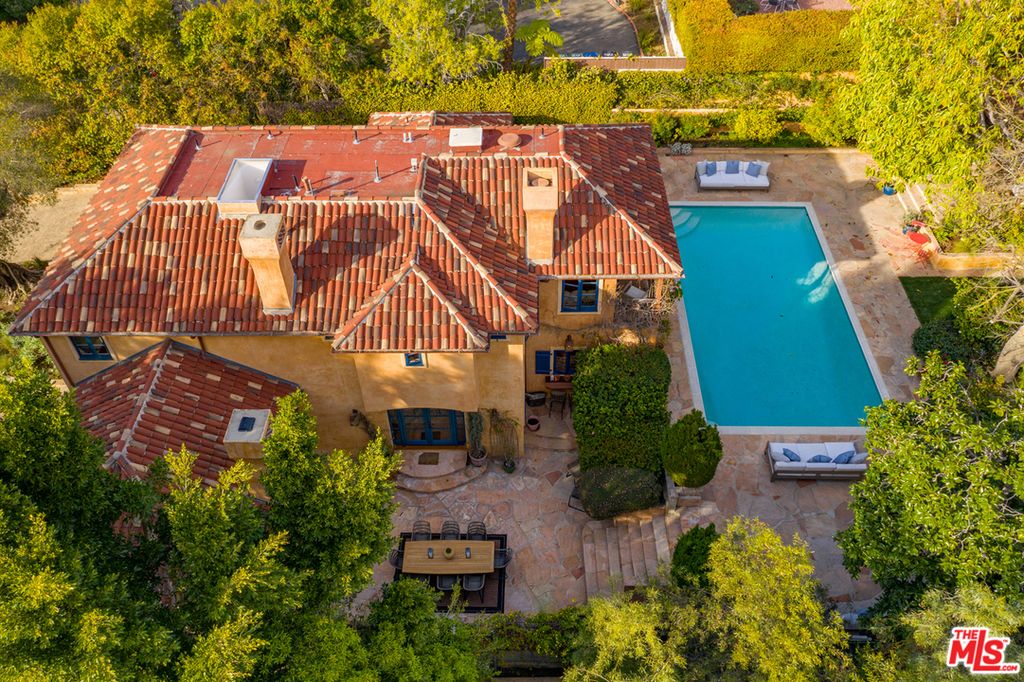 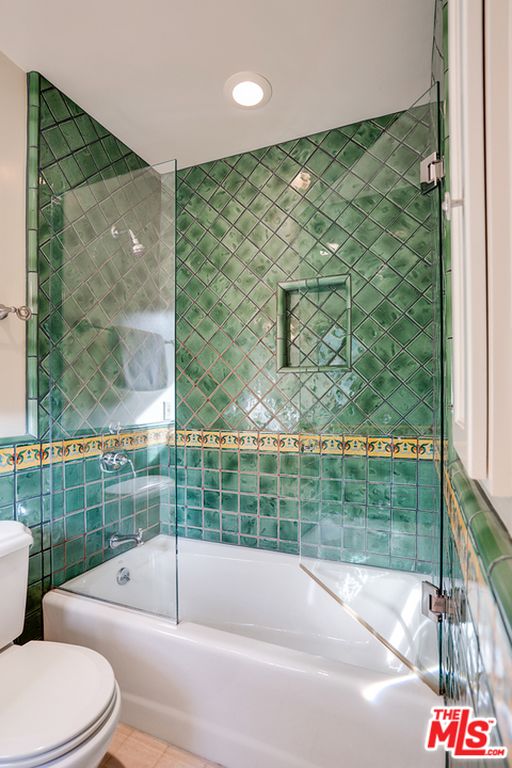 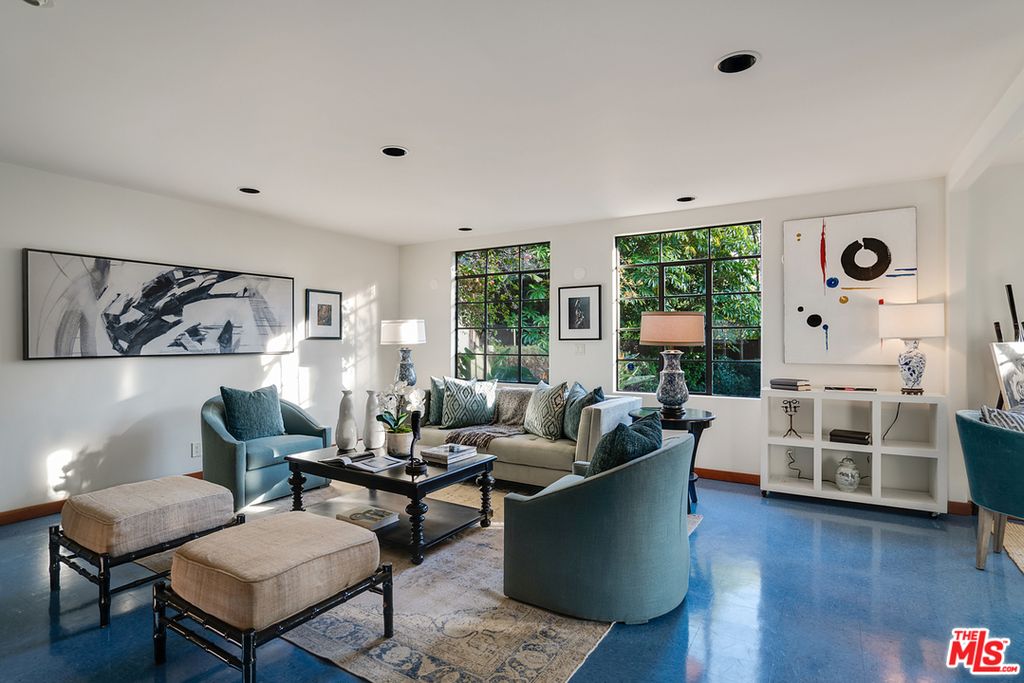 The modern kitchen features mint green cabinets and stone work tops and is kitted out with all the latest high-tech appliances.

It also features a breakfast area, a butler's pantry and a wine refridgerator.

The first floor also has an office, a laundry room and a bedroom, perfect for any guests or for a housekeeper to relax in.

Moving upstairs, the second level is where the three bedrooms are located – including the huge master bedroom which takes up more than half of the floor. 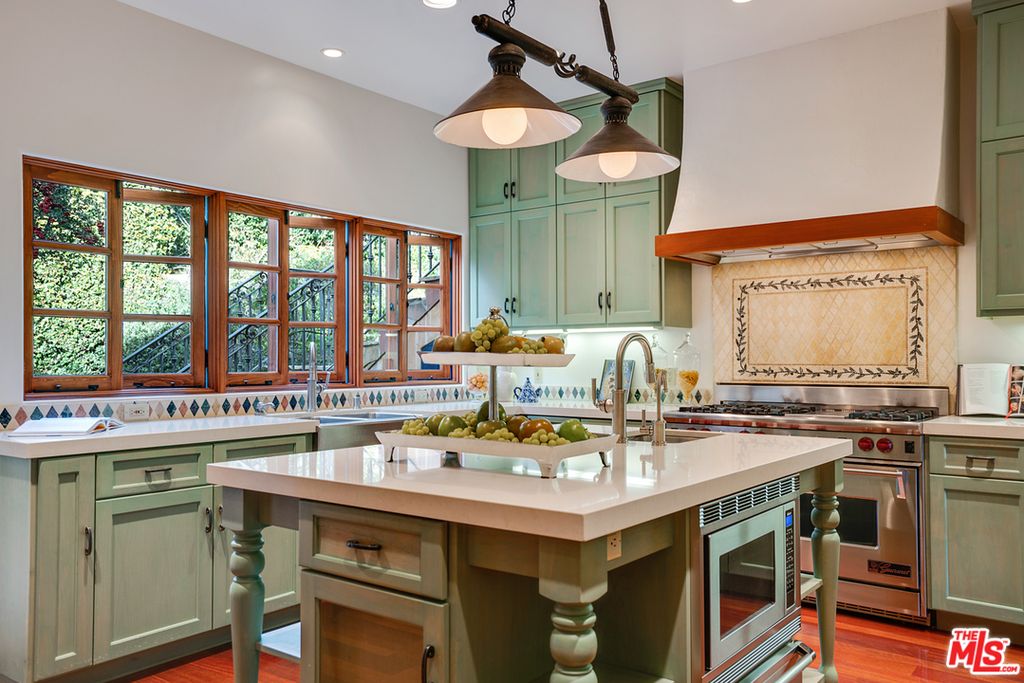 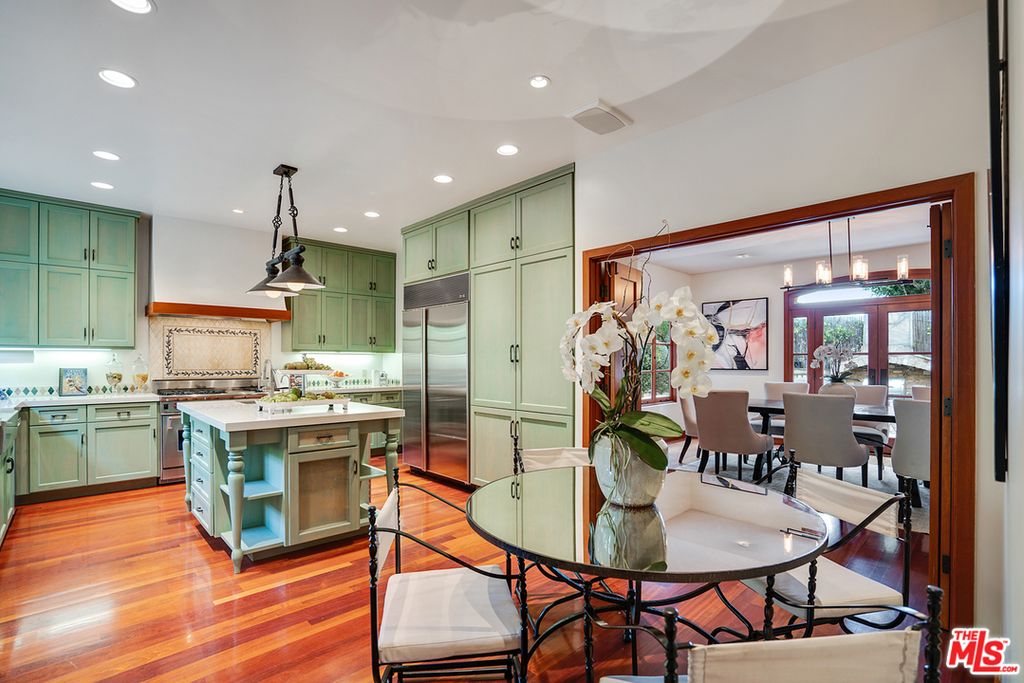 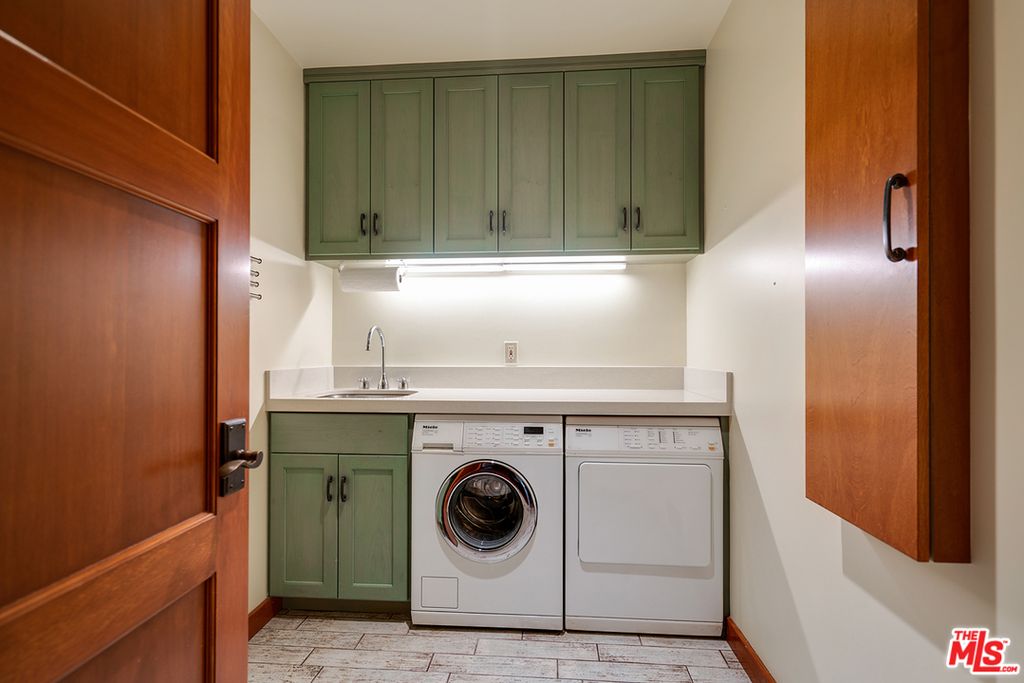 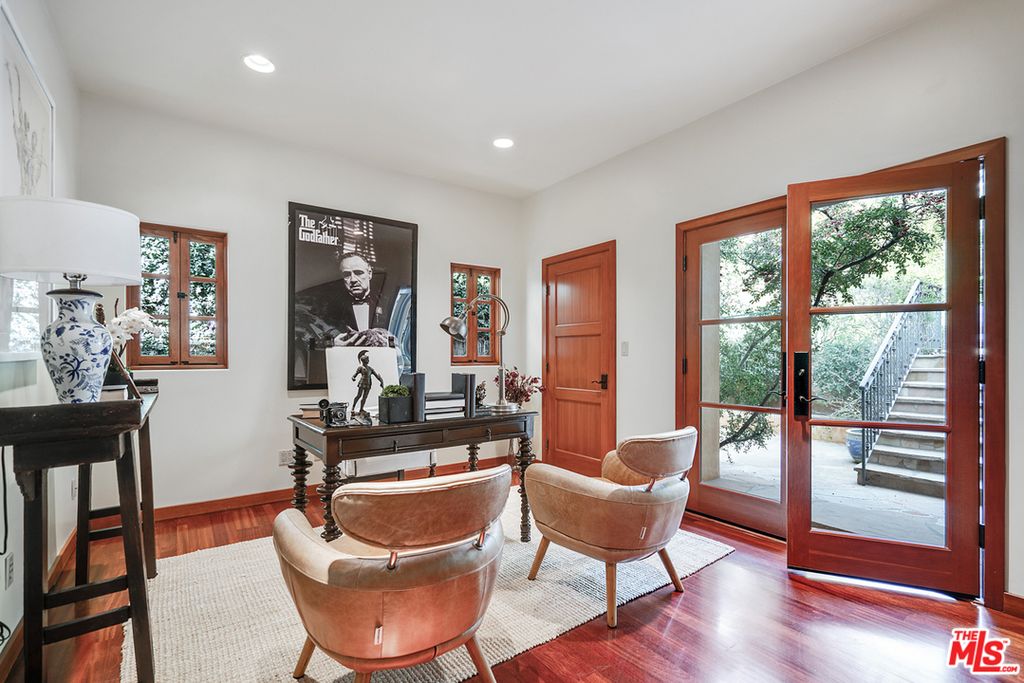 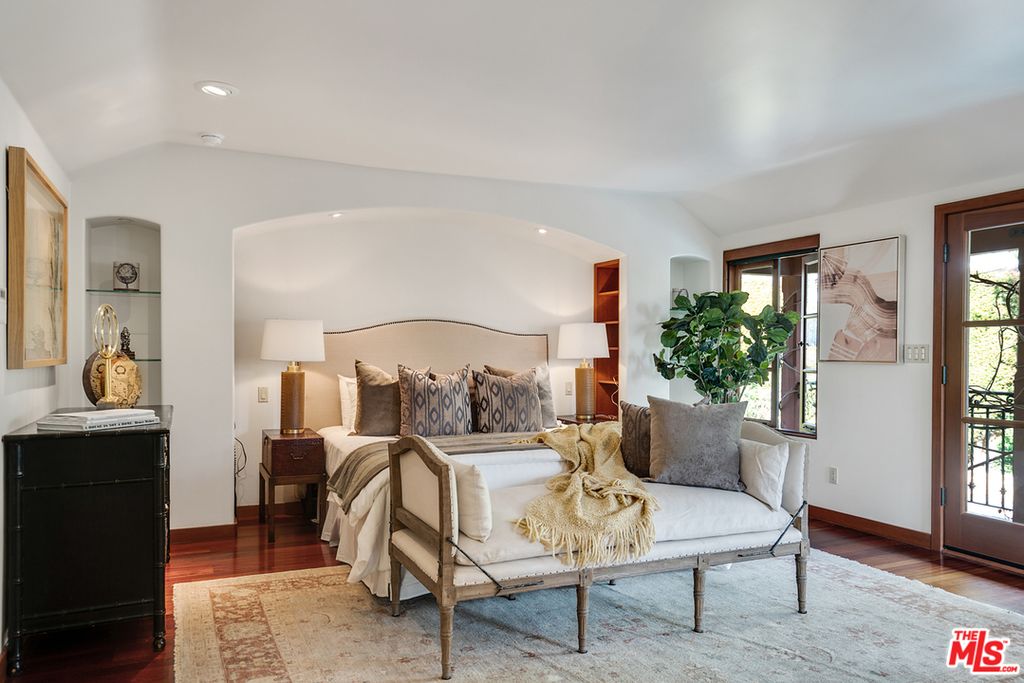 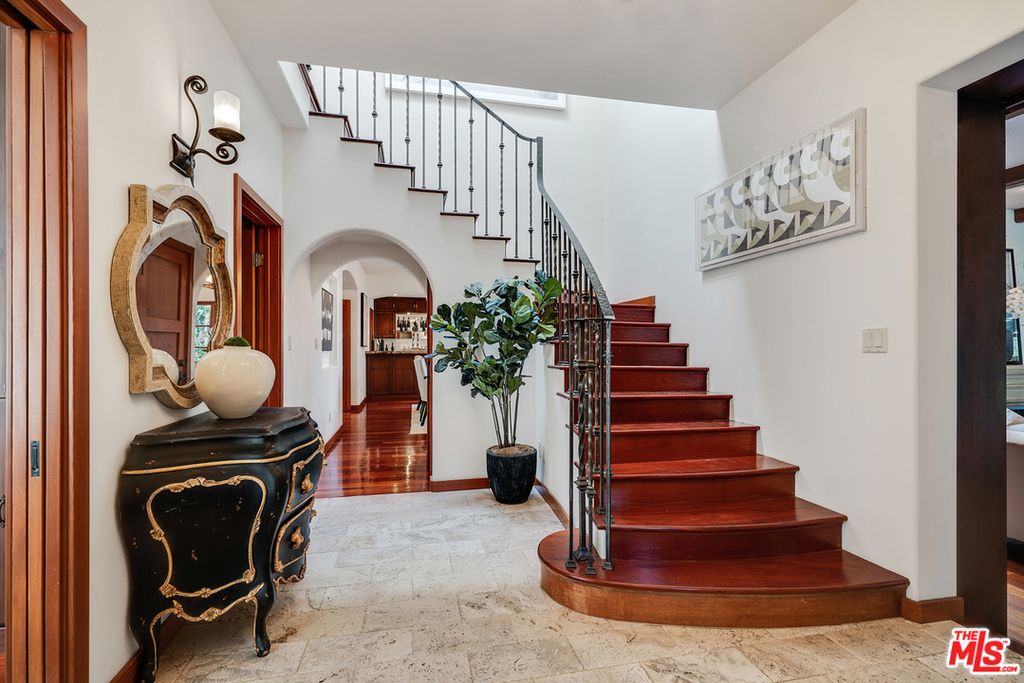 The married couple can look out onto their beautiful garden from their private terrace.

Their backyard features a huge swimming pool and a terrace which contains an alfresco dining area and built-in BBQ centre for the family to enjoy during the long summer evenings.

They can also get ready in comfort from their dual dressing rooms or have a soak in their private tub.

But Ivy and Arthur haven't been left without anything in their personal space as the two youngsters have their own en-suites. 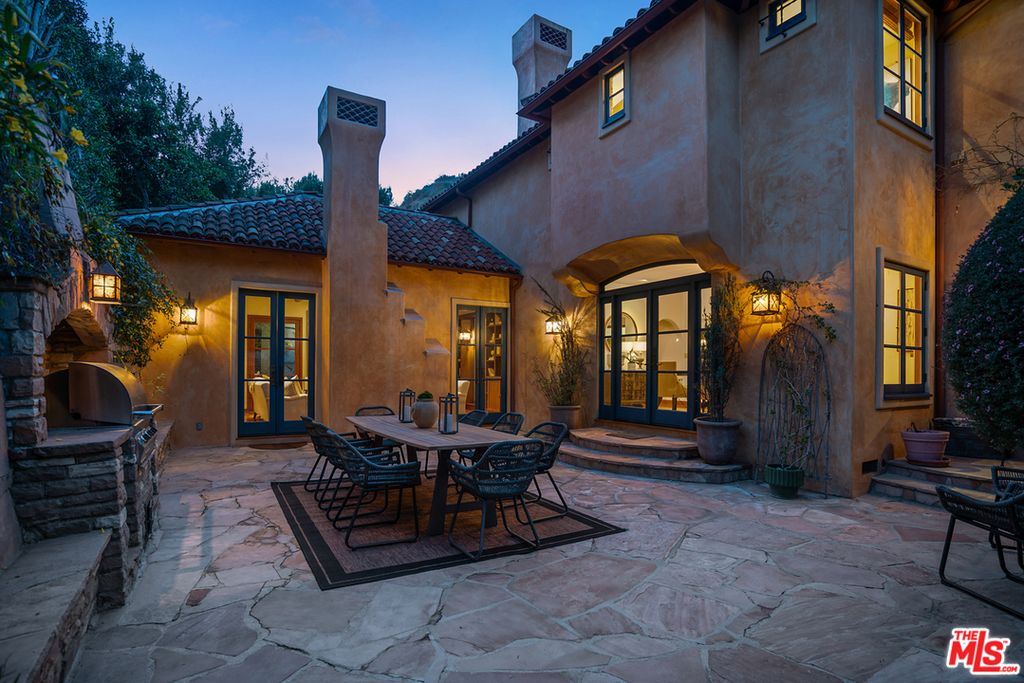 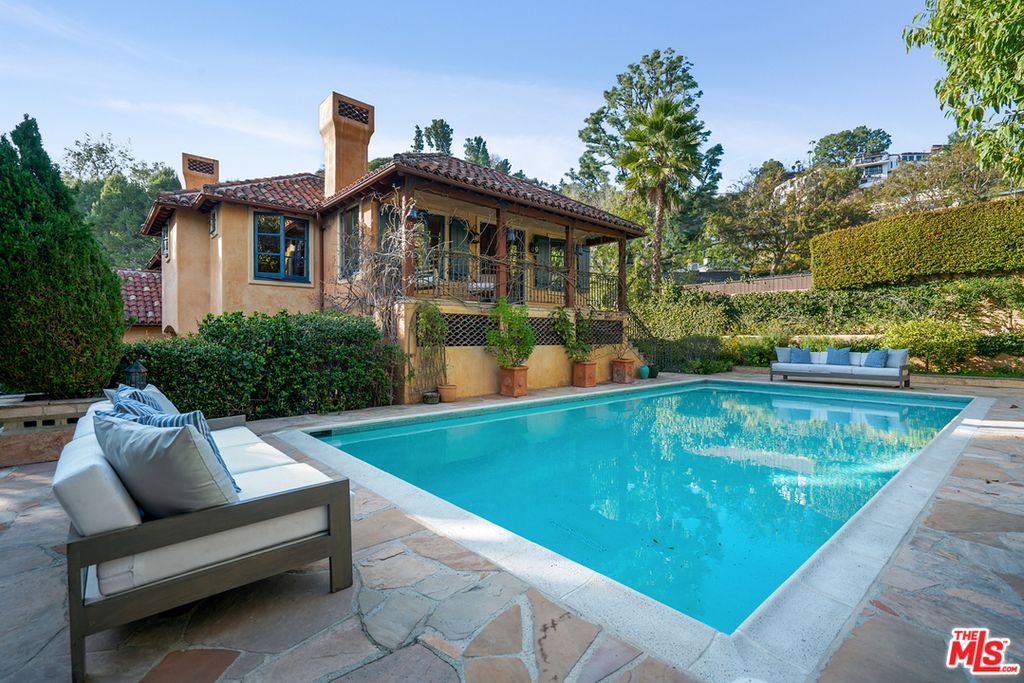 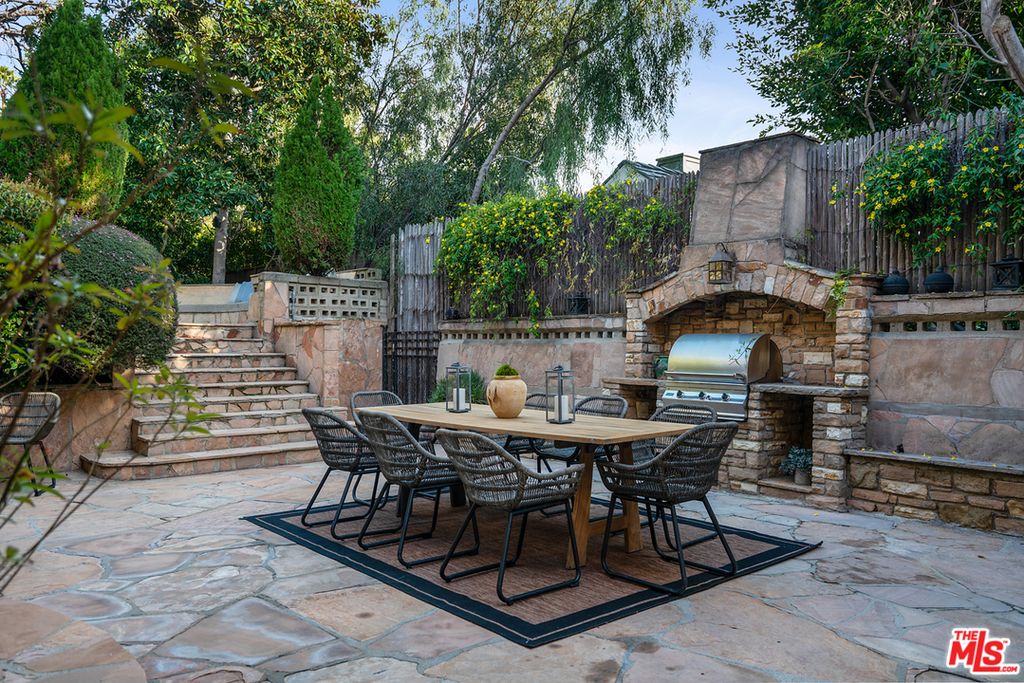 Richard was recently forced to turn off his Alexa because it kept telling his kids about his past drug shame which resulted in his sacking from Blue Peter.

His children asked the Amazon device who their father is before it exposed his BBC hosting background and why he was axed in 1998.

Richard, 44, said: “I am sitting in a room in my house in Los Angeles and there is one of those Amazon Alexas next to me and my kids said, ‘Oh Alexa, who is Richard Bacon?’.

“And it comes up straight away, ‘Richard Bacon is an English television presenter. He was fired from Blue Peter in 1998 for taking…’. 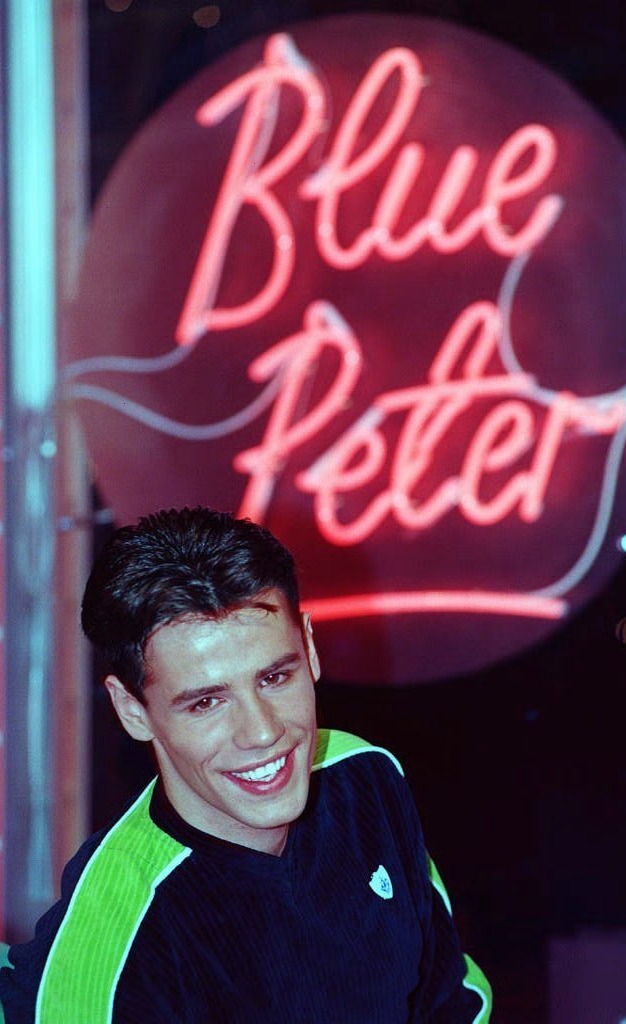 “They said, ‘What are you saying stop for? Why did you get fired?’. And then they asked again.

"And so it is right there at the surface even though it was 21 years ago.”

Richard joined Blue Peter in 1997 but had his contract terminated after he was caught taking cocaine. 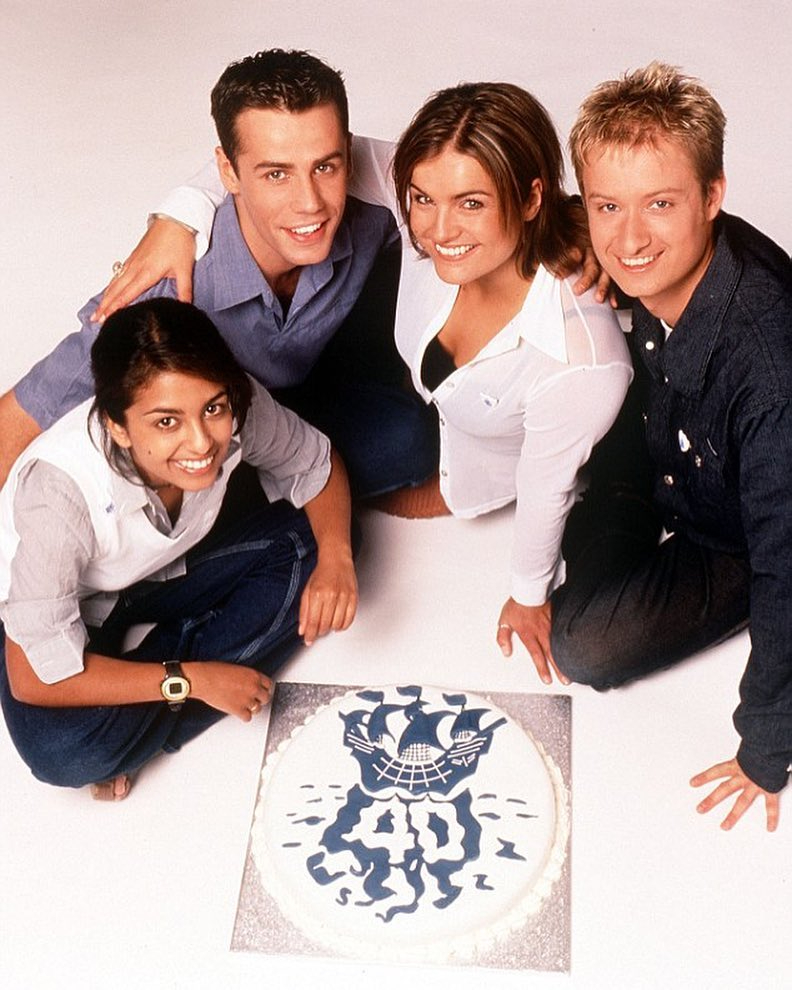 The then head of BBC children’s programmes Lorraine Heggessey went on air to explain Bacon’s dismissal to viewers and Richard was forced to hand his badge in.

Last month he bagged a deal with broadcaster NBC to develop non-scripted shows.

The dad of two admits he tells bosses about his drug shame in his CV.

Richard said: “In America they find it funny I suppose. It comes up as soon as you Google it. 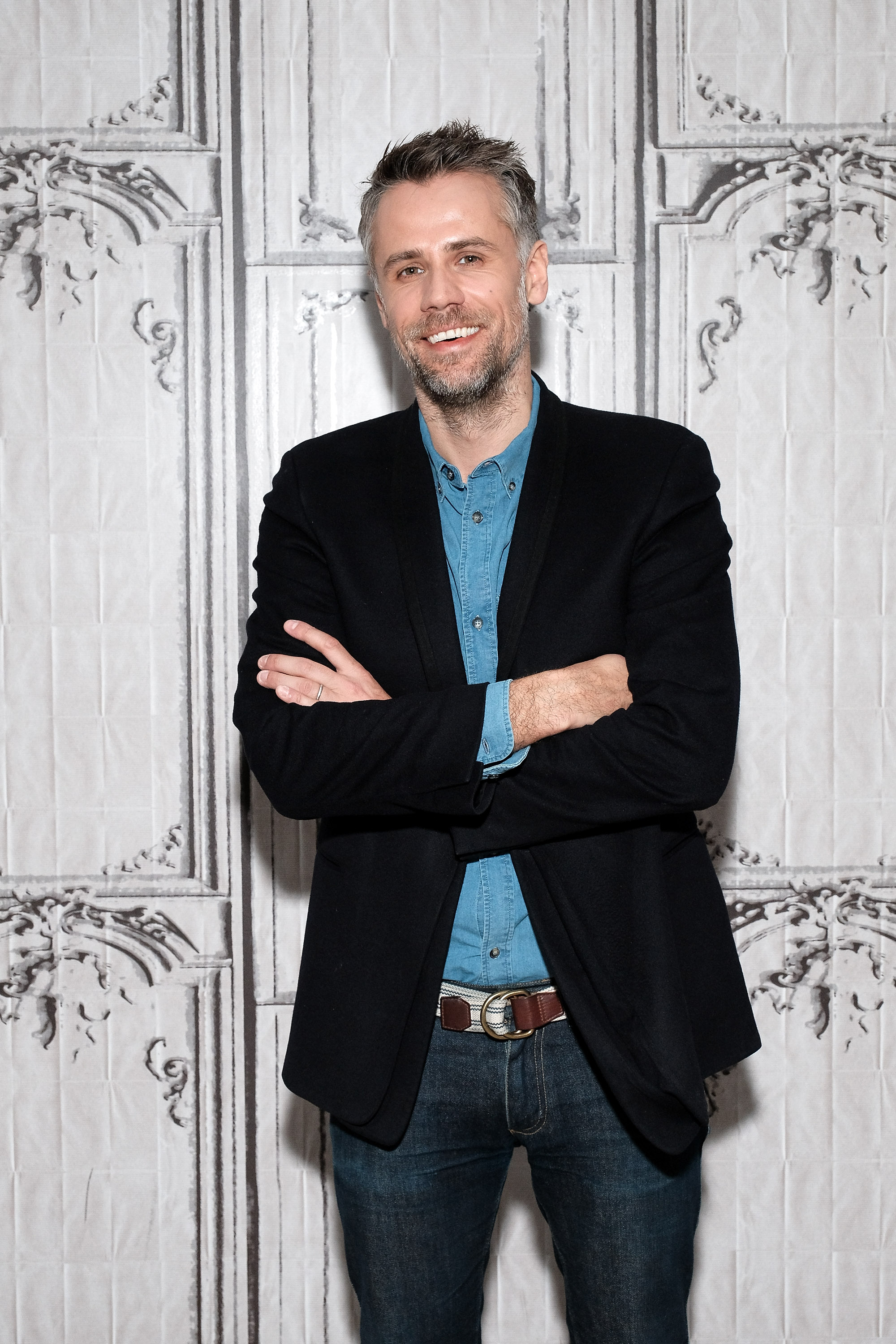 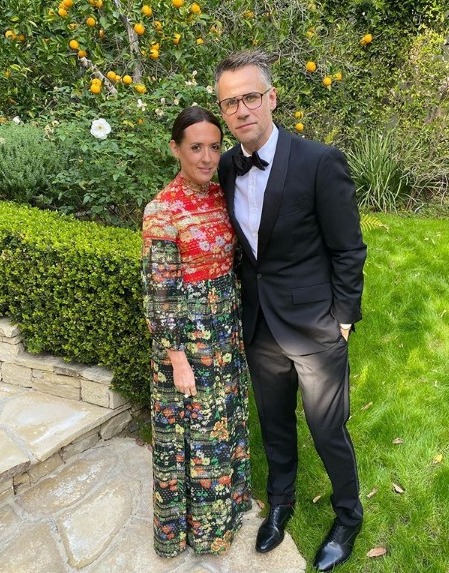 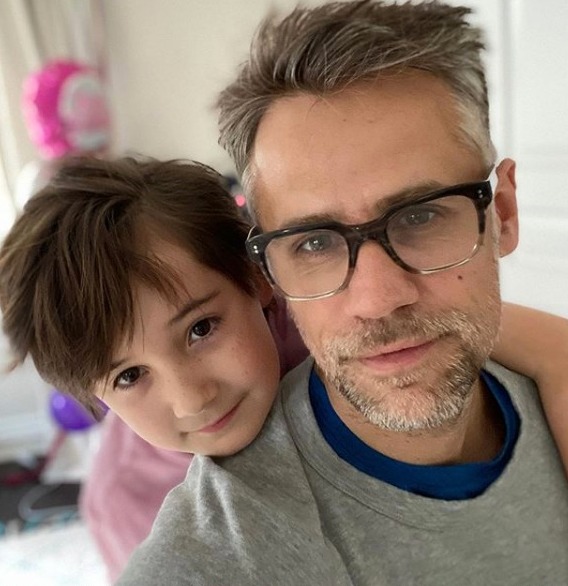 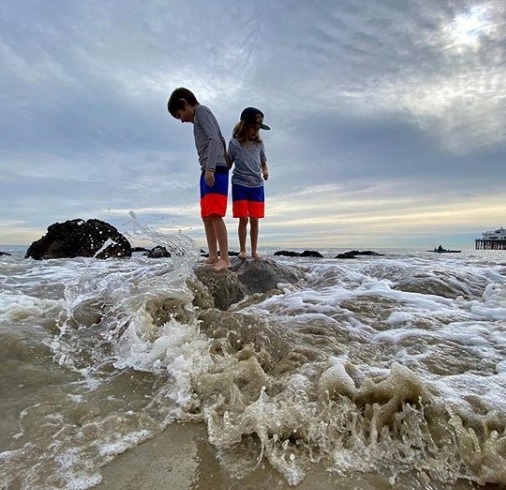 “It’s about getting their first, isn’t it?

“Anyone who has a very big dominant scandal in their life it will always be there in some form so it’s partly about you own it by making a joke about it.

"A good way to own it is to use humour."