Intruder: Burglars break into the home

Some viewers were left less than impressed by the drama and decided to “switch off” just minutes into the episode.

One viewer tweeted: “#Intruder turning off can’t watch another minute of this tripe.”

Another said: “Should have switched off at 2 mins but I stretched to 5. Struggled to 10 mins and gave up. Painful to watch and I won’t be wasting time on the rest of it.” 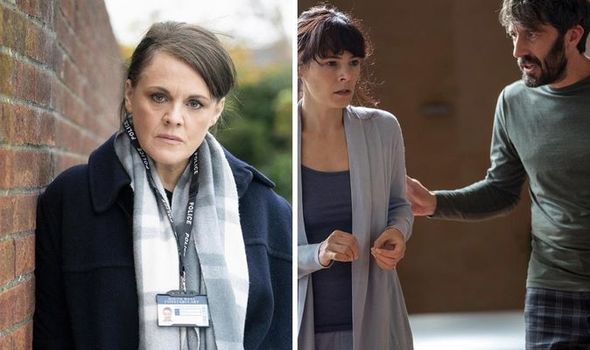 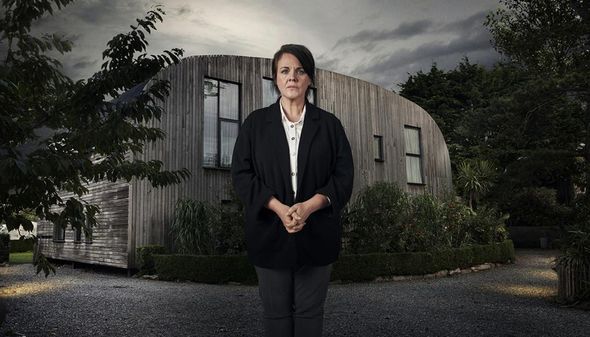 One viewer went as far as to say it was the worst thing they’d ever seen on TV.

“I’m switching it off before I cringe to death on my own sofa,” they tweeted.

A fifth said: “Intruder is awful. One and a half episodes and that’s it. Delete, cancel series link.”

Another commented: “Bailed out after 10 mins of episode 1. What is Sally Lindsay doing in this?” 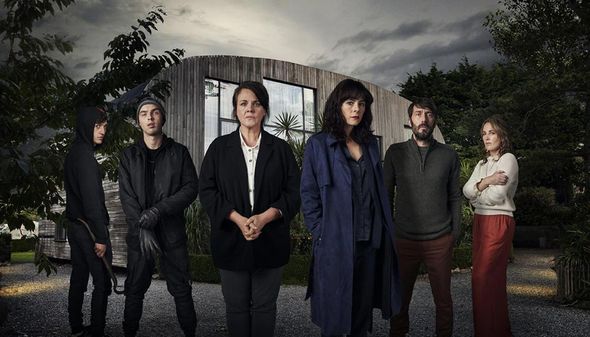 Others pointed out that there were “so many holes” within the plot while others questioned whether it was meant to be funny.

“I’m not sure if #Intruder is drama or comedy. The writing is quite bad. So many holes in the story,” one quizzed.

“Is it supposed to be a comedy…?” another questioned.

One fan added: “Hilariously awful, seeing through in anticipation of far worse to come.”

Speaking to Express.co.uk ahead of the drama actress Sally claimed filming the programme was like a “baptism of fire”.

“For me, it was the first day that I filmed the last scene,” she explained.

“It was one of the last scenes and the dynamic of it all, really.

“That was really like a baptism of fire because I just got my head around the fact that we’re releasing this, and then we have to do this very nuanced scene which had some important points in it, we had to get right because it was essentially one of the most significant parts.

“I remember that being the biggest baptism of fire I think I’ve ever had on any set ever, because I wanted to get it right, and I hadn’t met anyone before.”

The cast were also “very excited” by where they filmed the drama as Elaine Cassidy added: “We predominantly filmed on the east coast of Ireland and so North Dublin and North Wicklow, which is the county just below Dublin, so we have to go over to Galway, to the west of Ireland, and we filmed in the caves for two days.

“And I’ve never been to those caves before, and you know I think the crew were getting really excited because I think we are travelling gipsies, you know, in this industry, and you start getting itchy feet if you’re in the same place for too long.

“So you kind of welcome the next location because you go ‘okay we’ve done that bit, let’s move on to the next one’.

“Because all the crew, we were all put up in the same hotel. And I was like ‘It’s going to be freezing it’s going to be dark, really not looking forward to it but when we got there, there was another new energy and the caves were actually warmer than outside.”