TOWIE star James 'Arg' Argent broke down on today's Loose Women as he spoke about his seven-year drug addiction.

The 32-year-old TV favourite, appearing alongside his mum Patricia for the first time, spoke about the torture his family had endured. 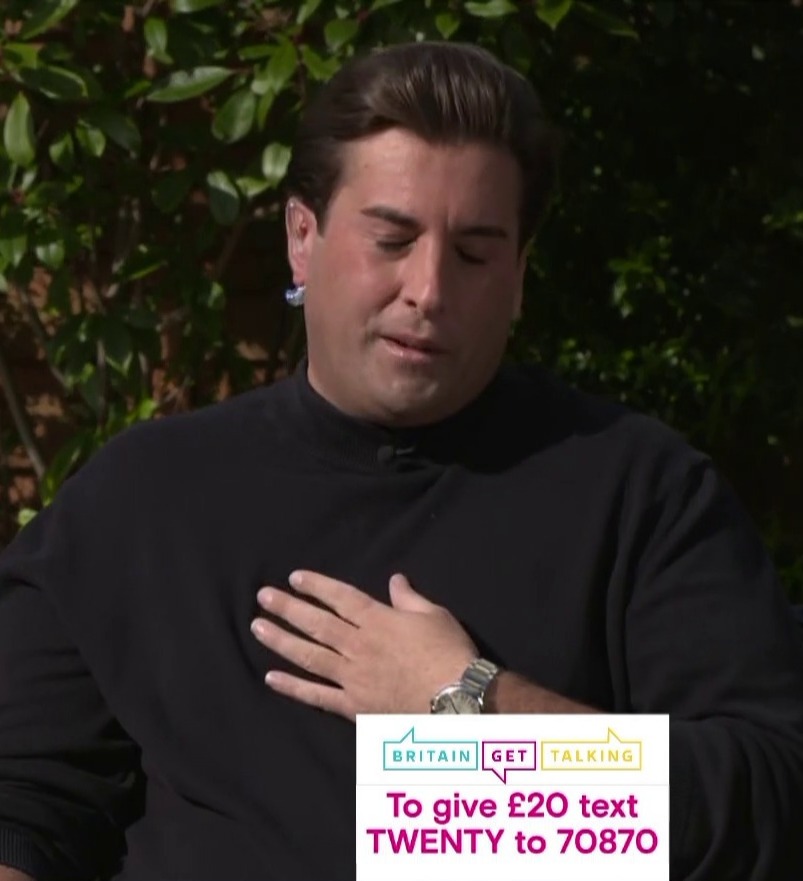 He was left sobbing as he explained that she has been forced to get counselling because of the trauma.

It came after Patricia called his drugs battle "the scariest thing I ever had to go through".

She said: "You bring children into the world you want to love and look after them. It was totally out of my hands, I couldn't save him."

Struggling to talk, Arg said said: "That was probably the first time I got a bit choked up. 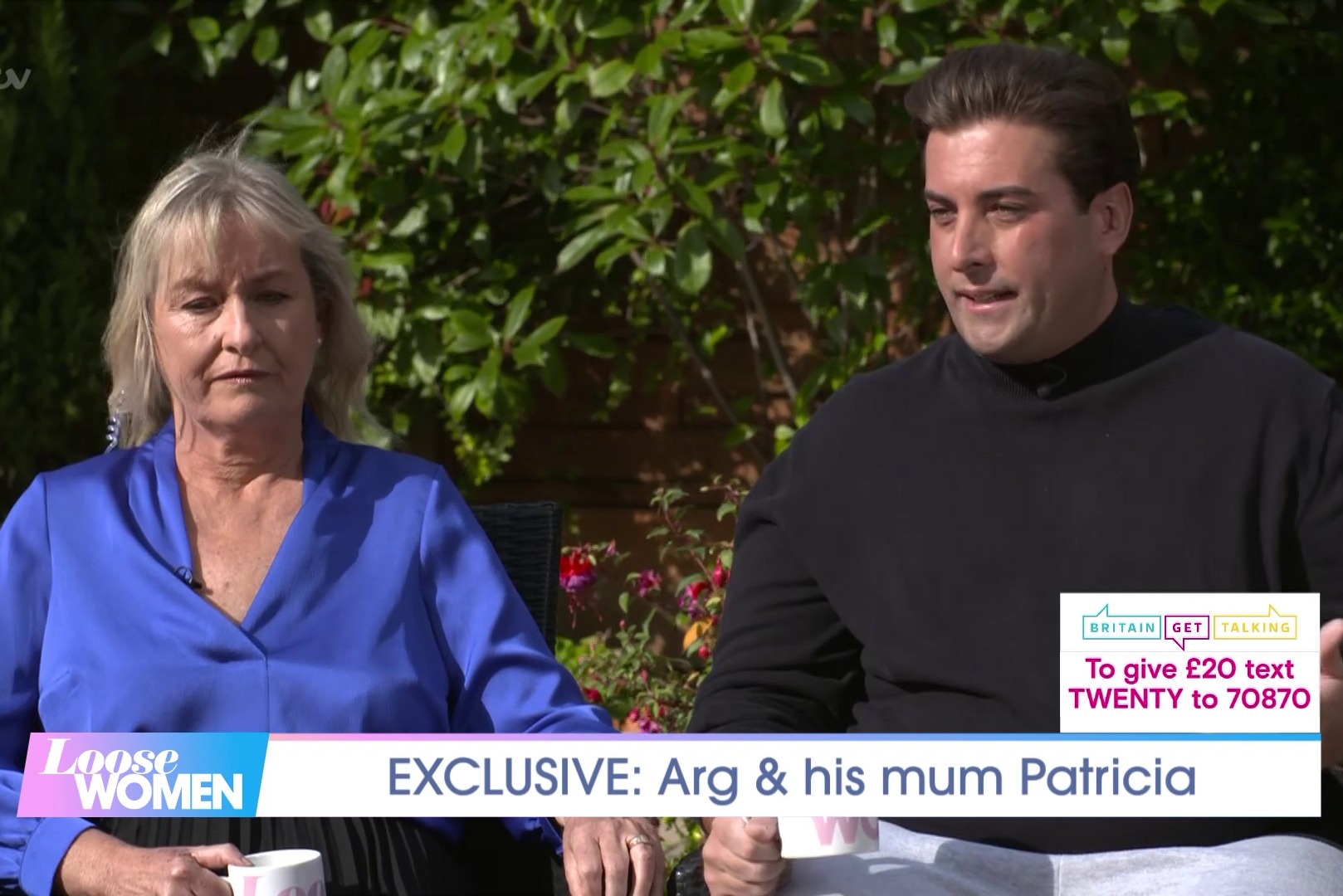 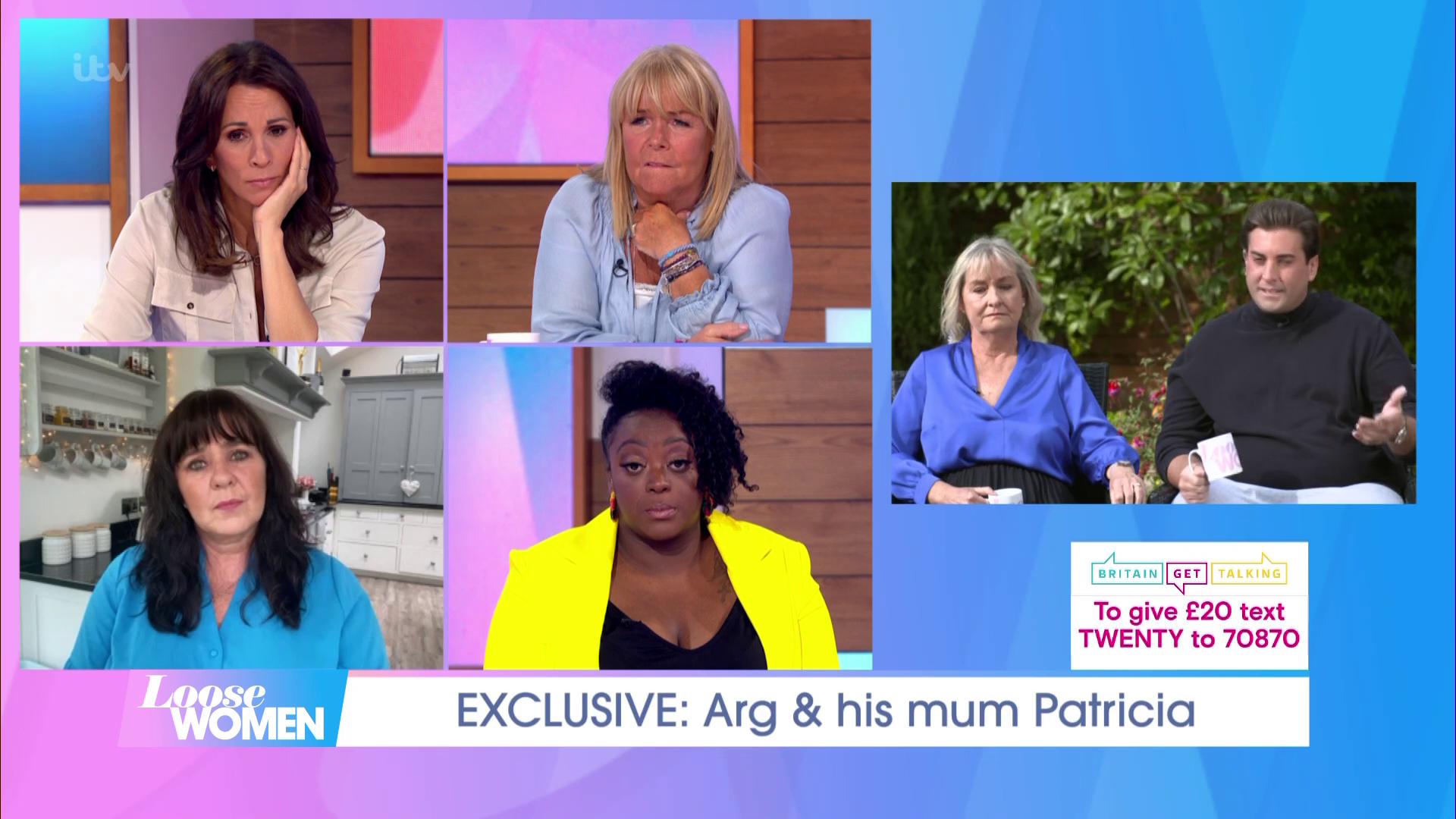 "Do you know what, it's one thing putting myself through it and ruining my own life but it's the effect you have on your family and friends. When I'm in active addiction it's a bit of a blur to me.

"In terms of my mum, my dad, my sister, my friends and family, they had to deal with it day to day."

Arg was appearing on the show as part of ITV's Britain Get Talking mental health campaign.

He added: "My mum, she's such an amazing woman. She's a childminder, she was a fantastic mother. 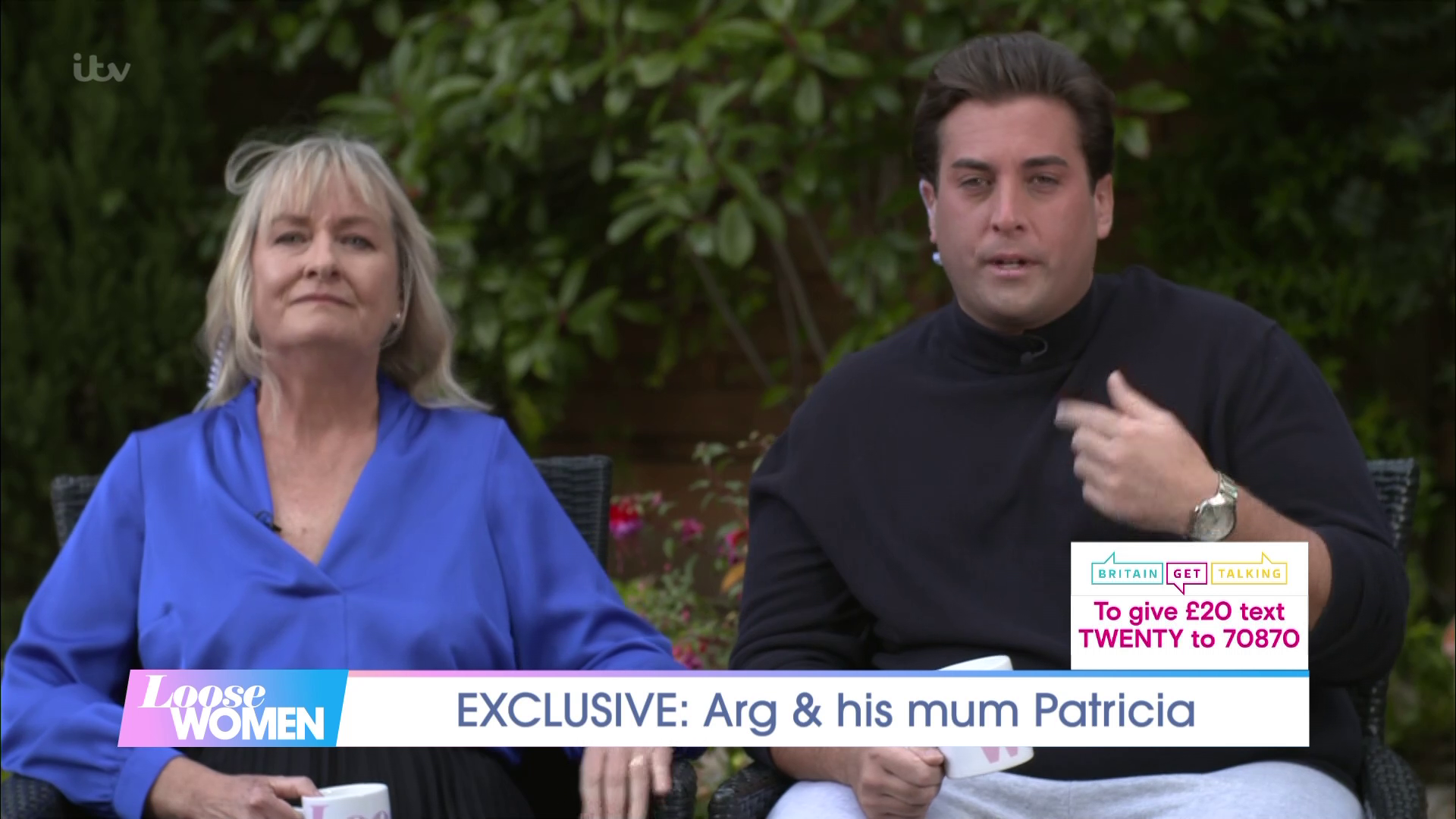 "I feel terrible because my mum's had to have counselling and support because of what I've put her through. I feel terrible. I've made her question herself – 'Is it something I've done?'

"I think the best way of me making amends is my staying clean and sober. I can stay sorry all I want and I can treat her to meals, get her a bit of jewellery.

"But the only thing that's ever going to really make things up with my friends and family is for me to carry on doing what I'm doing. I didn't expect to get upset."

The star, who has been clean for nine months, has been on a weight loss drive including a spell at the Juicy Oasis retreat in Portugal.

He was seen celebrating nearly one year without drugs as he went for a dip in the sea in the sunshine in pictures taken last month.