The 25-year-old actor and 30-year-old actress were on set in West Bridgewater, Massachusetts, and appeared to be shooting a small outdoor party that turns intimate. In images snapped from set, Lawrence, wearing a red wig and dressed in a leopard print coat and dark jeans, is seen making out with Chalamet, who is wearing a backwards cap and a green jacket.

Lawrence’s onscreen makeout session with Chalamet comes just after it was reported that she was injured on set.

According to TMZ, she and Chalamet were filming inside a restaurant at 1 a.m. when a window was supposed to explode for the scene. Instead, the stunt went wrong and a shard of glass cut Lawrence’s eyelid and it wouldn’t stop bleeding. Her injuries are said to have been minor. 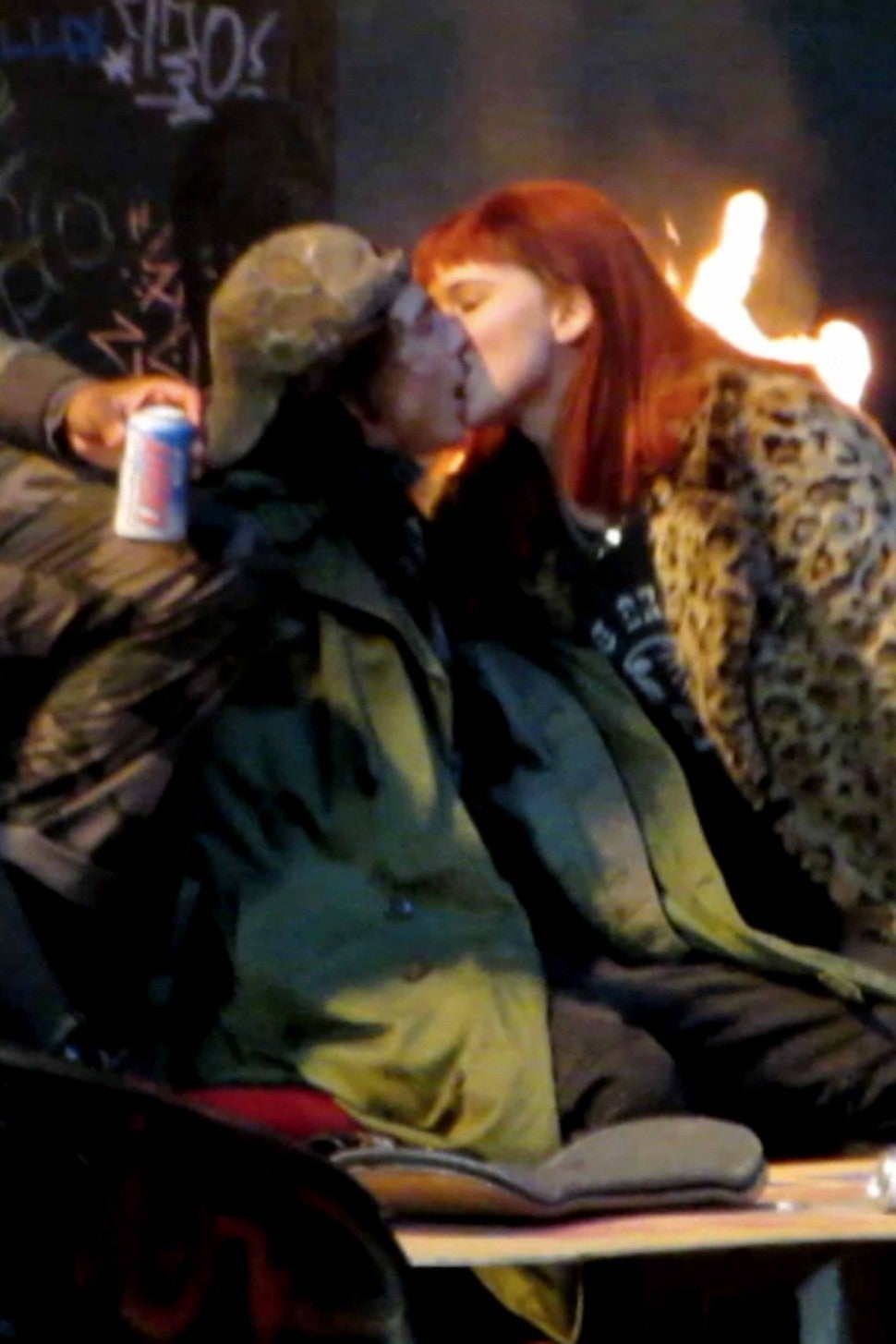 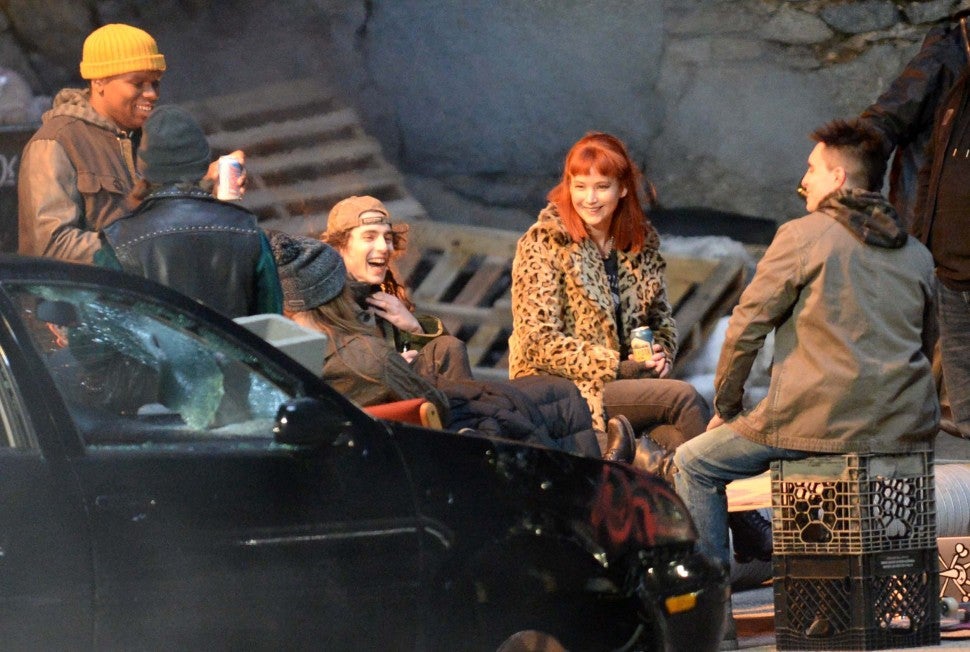 Don’t Look Up, directed by The Big Short‘s Adam McKay, is about two low-level astronomers, who must go on a giant media tour to warn mankind of an approaching comet that will destroy Earth.

As if Chalamet and Lawrence weren’t enough to make this a must-see movie, there are a slew of other acclaimed actors in the film, including Leonardo DiCaprio, Chris Evans, Cate Blanchett, Meryl Streep, Jonah Hill and Tyler Perry. Even Ariana Grande is listed on the movie’s IMDB page.

DiCaprio, who plays Dr. Randall Mindy in the flick, has already been spotted shooting scenes with Lawrence, who portrays Kate Dibiasky, in Boston. 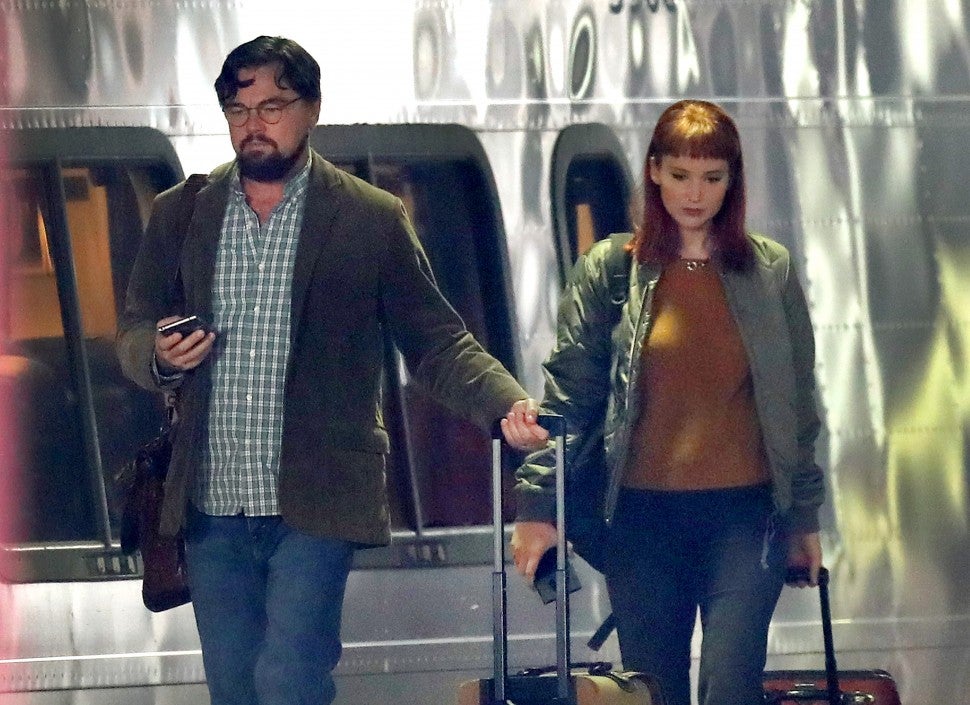 Don’t Look Up is scheduled to be released some time this year.