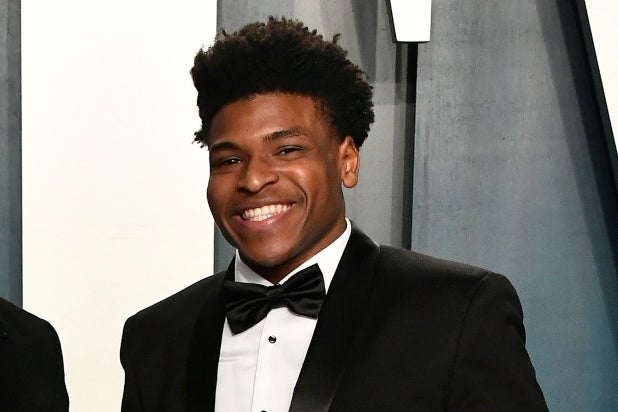 “Cheer” star Jeremiah “Jerry” Harris has admitted to targeting as many as 10 underage boys and sexually assaulting a 15-year-old, prosecutors said in a court filing on Tuesday.

According to the filing, which asks that Harris be detained pending trial, the cheerleader “exploited and violated at least 10 minor boys by repeatedly requesting the boys sent him sexually explicit images of themselves,” and attempted to solicit sex from each of his victims.

Prosecutors also said Harris admitted to sexually assaulting a 15-year-old in a bathroom at a public event “attended by other adults in the cheer community.” He has not been charged yet with anything related to that alleged incident.

Harris’ lawyer did not immediately respond to TheWrap’s request for comment.

Last month, Harris was arrested and charged with production of child pornography. The FBI opened an investigation into Harris after a pair of twin brothers accused Harris of sending one of them sexually explicit messages and requesting nude images over social media beginning when they were 13 years old. If convicted, Harris faces between 15 and 30 years in prison.

The new document described such behavior as a “habitual, persistent, obsessive course of conduct” that was repeated with many of his victims.

“Harris exhibits all the signs of a serial child predator and unless and until he receives significant mental health sex offender treatment, he will remain a danger to any child he encounters, either online or in person,” the filing stated.

Harris was launched to stardom after being featured in the Netflix docuseries “Cheer” earlier this year. A member of Navarro College’s decorated Bulldogs Cheer Team, Harris was one of the stars of the series, known for his signature “mat talk,” which involves shouting praises at his teammates to encourage them during practice. He has since made other TV and social media appearances alongside the likes of Oprah Winfrey, Joe Biden and Ellen DeGeneres.