Home » TV and Movies » Joseph Siravo, Who Played Tony Soprano's Father on 'The Sopranos,' Dies at 66

Joseph Siravo, Who Played Tony Soprano's Father on 'The Sopranos,' Dies at 66

“Jersey Boys” actor had long battled with with colon cancer 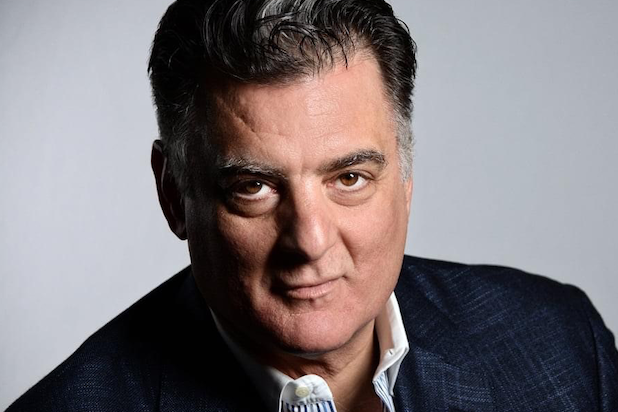 Joseph Siravo, who played Tony Soprano’s father on “The Sopranos” and starred in “Jersey Boys” on Broadway, died Sunday after a long battle with colon cancer, his manager tells TheWrap. He was 66 years old at the time of his death.

Siravo is best known for his role as Tony Soprano’s father, Johnny Soprano, on HBO’s iconic drama “The Sopranos,” his part as Vinnie Taglialucci in “Carlito’s Way,” and Fred Goldman in Ryan Murphy’s “American Crime Story: The People Vs. OJ Simpson.”

“Our friend and colleague JOE SIRAVO has passed away. Joe was an excellent actor and a wonderful guy and he will be missed dearly,” Michael Imperioli said in an Instagram post tribute to his “Sopranos” co-star. “His performance of Johnny Boy Soprano was spot on and he also made a perfect John Gotti in Nick Sandow’s ‘The Wannabe.’ In my opinion he was the best of all the actors who’ve played the Teflon Don. Farewell Joe. Until the next life my friend.”

Fellow “Sopranos” alum Garry Pastore wrote in his own Instagram post, “my dear friend, who fought an incredible fight. I will miss you. See you on the other side.”

Born March 11, 1955 to Theresa and Mario Siravo, Siravo “caught the acting bug early as a DC Metro area native regularly attending plays at the acclaimed Arena Stage, which inspired him to dream of working in the theater which he would soon do extensively,” per his manager.

On Broadway, Siravo collaborated with the director Bartlett Sher twice in the Lincoln Center Theater productions of “The Light in the Piazza” and “Oslo.” He was featured in the first national tour of the Tony- and Grammy-award-winning “Jersey Boys,” playing the part of Angelo “Gyp” DeCarlo in more than 2,000 performances.

His notable Off-Broadway credits include “Mad Forest” and “Up Against the Wind” at New York Theatre Workshop and “Dark Rapture” and “Gemini” at Second Stage. He played Claudius in the Long Wharf Theater’s 2004 production of “Hamlet.”

Siravo was a graduate of Stanford University and later received his MFA in acting from NYU’s Tisch School of the Arts, where he would later teach.
He is survived by his daughter Allegra Okarmus, son in law, Aaron Okarmus and grandson, Atticus Okarmus; his sister Maria Siravo and brothers Mario Siravo, Ernest Siravo and Michael Siravo.

Memorial services for Siravo will be announced at a later date, per his manager.