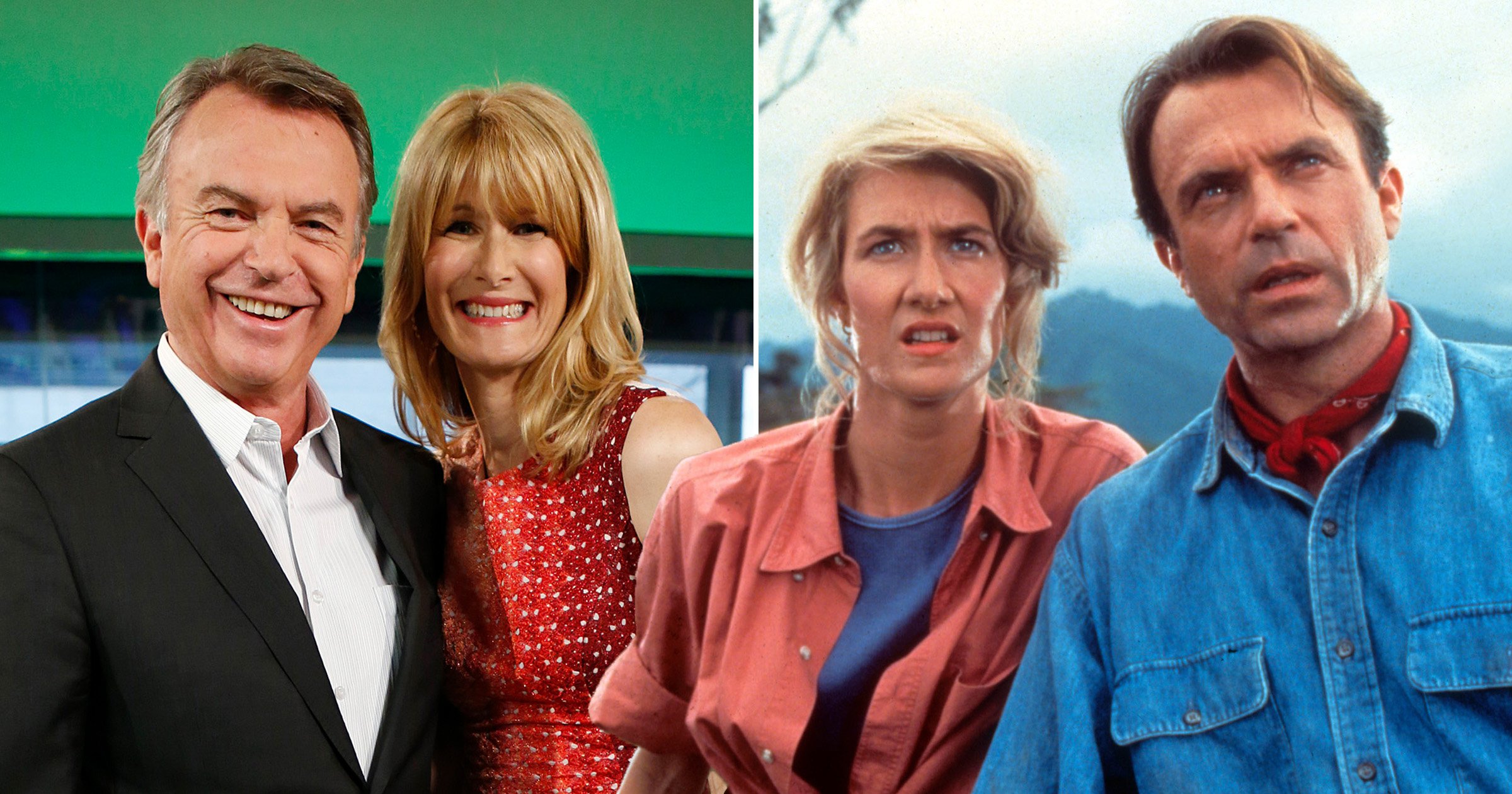 Laura Dern and Sam Neill have reflected on their 20-year age gap in Jurassic Park, sharing that they didn’t realise it wasn’t ‘completely appropriate’ until after the fact.

The duo delighted fans as palaeobotanist Dr Ellie Sattler and palaeontologist Dr Alan Grant in Steven Spielberg’s 1993 blockbuster hit as they came face to face with the very animals whose remains they had built prestigious careers studying.

However, Dern was only the ‘tender age’ of 23 at the time of her casting according to Neill, who was born two decades before her in 1947, and the actor admitted he only realised how odd that was when he saw them picked out in an article on age gaps.

‘I am 20 years older than Laura! Which at the time was a completely appropriate age difference for a leading man and lady,’ he explained.

‘It never occurred to me until I opened a magazine and there was an article called ‘Old geezers and gals’. People like Harrison Ford and Sean Connery acting with much younger people. And there I was, on the list. I thought, “Come on. It can’t be true.”’

Indiana Jones star Ford appeared opposite Anne Heche in Six Days, Seven Nights when she was 29 and he was 55, while Connery’s Bond appeal was stretched thin for him to appear in Entrapment in 1999 with Catherine Zeta Jones, who is 39 years his junior.

Big Little Lies star Dern also shared her view on their age difference, saying that it was ‘only now’ she realised it might be inappropriate.

Telling The Sunday Times that it had ‘felt completely appropriate to fall in love with Sam Neill’ back then, she added: ‘And it was only now, when we returned in a moment of cultural awareness about the patriarchy, that I was, like, “Wow! We’re not the same age?”’

Other movies that have featured large age gaps between its male and female leads include Crazy Heart, where Maggie Gyllenhaal played opposite Jeff Bridges, who is 28 years older than her, and 2013’s Third Person, which paired up Liam Neeson and Olivia Wilde, who have a 32-year age gap.

Dern and Neill are reprising their roles in the upcoming Jurassic World: Dominion, which brings the stars of the franchise’s previous films together for one final hurrah.

The duo are joined by Jeff Goldblum as Dr Ian Malcom once more, as well as newer leads Chris Pratt and Bryce Dallas Howard.

Following the events of 2018’s Jurassic World: Fallen Kingdom, the future of mankind now hangs in the balance as humans and dinosaurs must coexist after the destruction of Isla Nublar.

Jurassic World: Dominion is out in cinemas on June 10.