Line of Duty’s fifth episode left fans panicked; was DS Kate Fleming (played by Vicky McClure) shot by PC Ryan Pilkington (Gregory Piper) and left for dead? While the wait for the penultimate episode seems long, the actress who plays the fan-favourite character joined former cast member Craig Parkinson to discuss Kate’s fate after that tense showdown. And it seems Vicky has confirmed Kate’s death but not from the shootout, instead, it seems she is going to face the same end as DI Matthew ‘Dot’ Cottan. But with a scene from the official trailer having not yet aired in the sixth season, is the actress just teasing fans and fuelling speculation?

During the latest episode of the podcast, Obsessed With… Line of Duty, Craig, who played Dot in series one to three, commented: “I’ve been saying week in and week out that I’ve been so worried about certain characters – that we have grown to love over the years – and I’m terrified that one of the main trio is going to go.

“I have put my chips on poor old Steve, up until this week… And as we know as actors, nobody is safe.

“When you started reading the script, how did you feel, how did Vicky feel when you were turning the page?” He asked.

Vicky replied: “Well listen, every episode of Line of Duty history is terrifying and Jed (Mercurio) is always there to serve the story – it is exactly what happened with Dot. 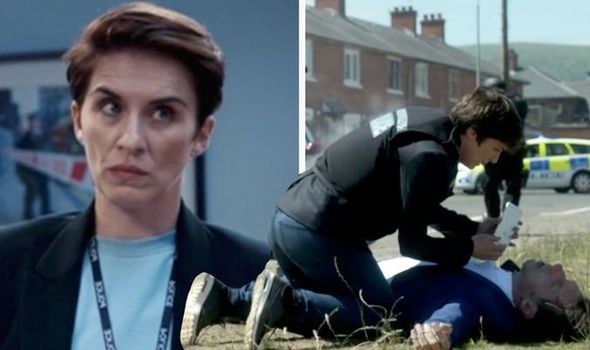 “Dot’s time came when it was right to serve the story and that is what Jed will always do.

“I don’t want to put everything out there but Jed serves the story…” She added.

While Vicky doesn’t reference the shootout her character has with Ryan, the actor’s discuss Dot’s death, does this mean a similar thing is going to happen to Kate and viewers will see her killed in the Line of Duty and reveals a vital clue to finding out who H is?

This could add to the fact there was a scene in the official trailer which is yet play out in an episode.

Ahead of season six returning to screens, the BBC dropped an explosive first look at what was in store for fans.

At one particular moment from the clip, Hastings was seen speaking into a megaphone somewhere outside as police sirens rang out in the distance.

He said: “This is Superintendent Hastings… you’ll be treated fairly will the full protection of the law.”

Later on, Jo says to her colleague: “Kate, I had nothing to do with this,” and she replied: “All I know is somebody is behind all this.” 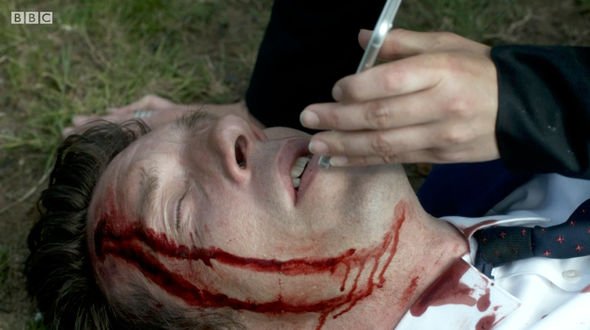 And the two were then seen holding their hands up walking from a car and being surrounded by armed police – which fans are yet to see within an instalment.

It’s also worth bearing in mind the clothing Kate is wearing in the shootout with Ryan, is the same clothing she is seen wearing in the trailer scene when she and Jo are surrounded by armed police – a blue, red and white striped jumper.

Therefore, it seems Kate isn’t killed by Ryan’s shot at the end of episode five, because this scene with Jo is yet to come in episode six or seven, but just because she is alive at the start of the penultimate instalment, it doesn’t mean she remains alive.

There is still the possibility that she could find herself at the receiving end of shots being fired by her old team – AC-12 – and ends up bleeding out on the floor, just like Dot did back in season three, with Steve standing over her and hearing vital information in the quest for H. 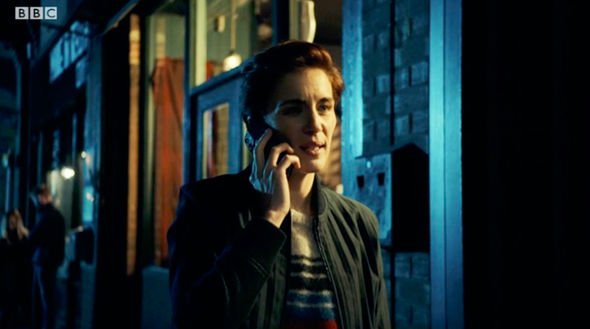 To add to this, creator of Line of Duty has spoken out about killing off one of the top three characters – Kate, Steve or Ted.

“Nobody’s safe,” he previously told the press. “That’s what keeps the audience on the edge of their seat.

“So I know that it would be a sad day, but I think all the main cast realise that it’s possible.”

Does this mean Kate is at risk of being written out of the show?

Line of Duty airs Sunday evenings at 9pm on BBC One.