Kate Garraway: Derek has told me he loves me

Kate’s husband Derek has recently returned home from hospital a year after he contracted COVID-19. The past 12 months have been very touch and go for Derek after he faced severe complications as a result of the virus. Throughout their family’s ordeal, Kate has tried to remain strong for the couple’s two children, as she tried to keep things as normal as possible for them. In a new interview with LBC political commentator Iain Dale, the 53-year-old spoke about what it has been like having her beloved husband home and the impact the whole ordeal has had on the family. The ITV presenter also revealed to the broadcaster what made her write her new book, The Power Of Hope.

During the interview, Iain spoke with Kate about how Covid has affected many families across the UK, with many losing their loved ones to the virus.

She explained that to this day, doctors have described Derek as a miracle case because as far as they know, he is the sickest person to have lived.

“There are lots of people that haven’t got the chance to live with uncertainty,” the ITV host began.

“They’ve got the worst kind of certainty because they’ve lost someone they love. It’s a mixture of fear and gratefulness all at the same time.” 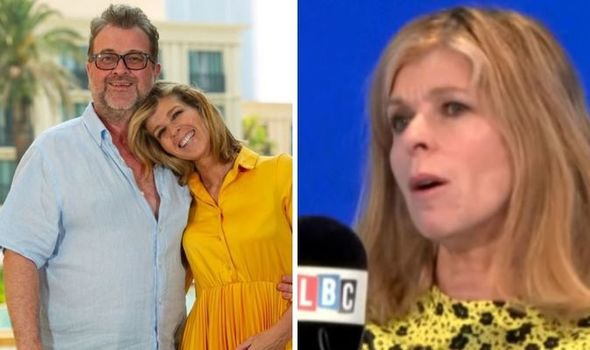 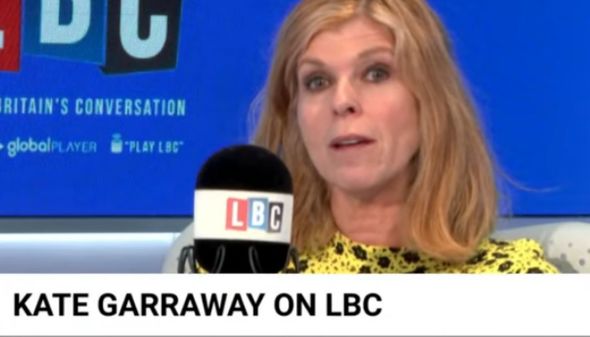 Iain went on to ask Kate about how she tried to give her children a sense of normality when their dad was in hospital at the same time the UK went into a national lockdown.

She continued: “We’ve all been intensely locked into a situation where we’re on top of each other and also, for some people, very, very lonely.

“It’s a weird mixture of being cramped and apart from your usual support network that comes in to help in situations like this.

“They [her children] have been amazing actually, ploughing forward and still are ploughing forward. But I am very aware of trying to be mum and dad, but also dad is here. Dad is at home now and he’s present.

“But it’s a different dad at the moment.” 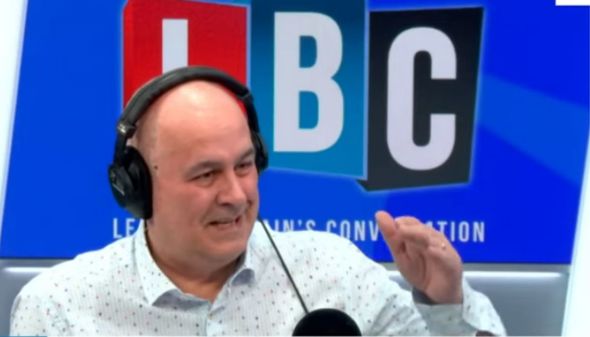 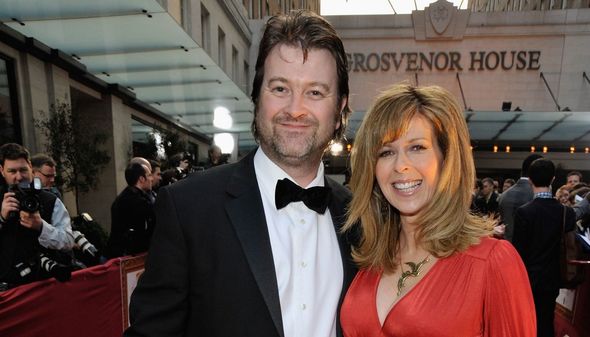 Discussing the moment Derek returned home, to what has happened since, the mum-of-two said he got to a point when he completely shut down and he disappeared within himself.

“It was mid-February and in the run-up to Christmas things had been looking more and more positive I think for the country and for Derek as well,” Kate added.

“Communication seemed to be improving and he seemed to be rousing and just as we went into the lockdown that we’re only now just emerging from.

“He seemed to sort of shut down in a strange way and nobody could really…all the way through this there has been lots of ‘I don’t know’ because there is no data on somebody who’s suffered Covid this way.”

“In a weird way, Derek is sort of a test case,” the GMB star explained.

“Already some of the things they’ve learned with him, they’re using for pathways for other people that sadly have had the disease since.

“There wasn’t a way of knowing but collectively I couldn’t visit and between us, we were talking about some of the therapies they might use that didn’t happen because of restrictions within the hospital and the room he was in.

“In the end, it was a hold your nose and jump kind of situation, which was if he wasn’t going to change quickly, the best hope for rousing him more cognitively and making him more conscious was to bring him home.”

Kate said she had to initially think about the logistics of bringing Derek home and having to care for him 24/7, but when he came through the door, it was an emotional moment for the entire family.

“There were periods where I didn’t know if he knew who I was, and we would be caring for somebody who was effectively a stranger, which would be terrifying for him and strange for us.

“Sometimes he can respond to extraordinary things, really specific things – he remembered the surname of our accountant randomly.

“The next minute he can’t speak, and he just seems to disappear within himself with a stare.”

Iain Dale presents on LBC on Mondays, Tuesdays, Wednesdays and Thursday from 7pm.