Home » TV and Movies » Katy to return to EastEnders as she is jailed for paedophile crimes in exit?

Katy to return to EastEnders as she is jailed for paedophile crimes in exit? 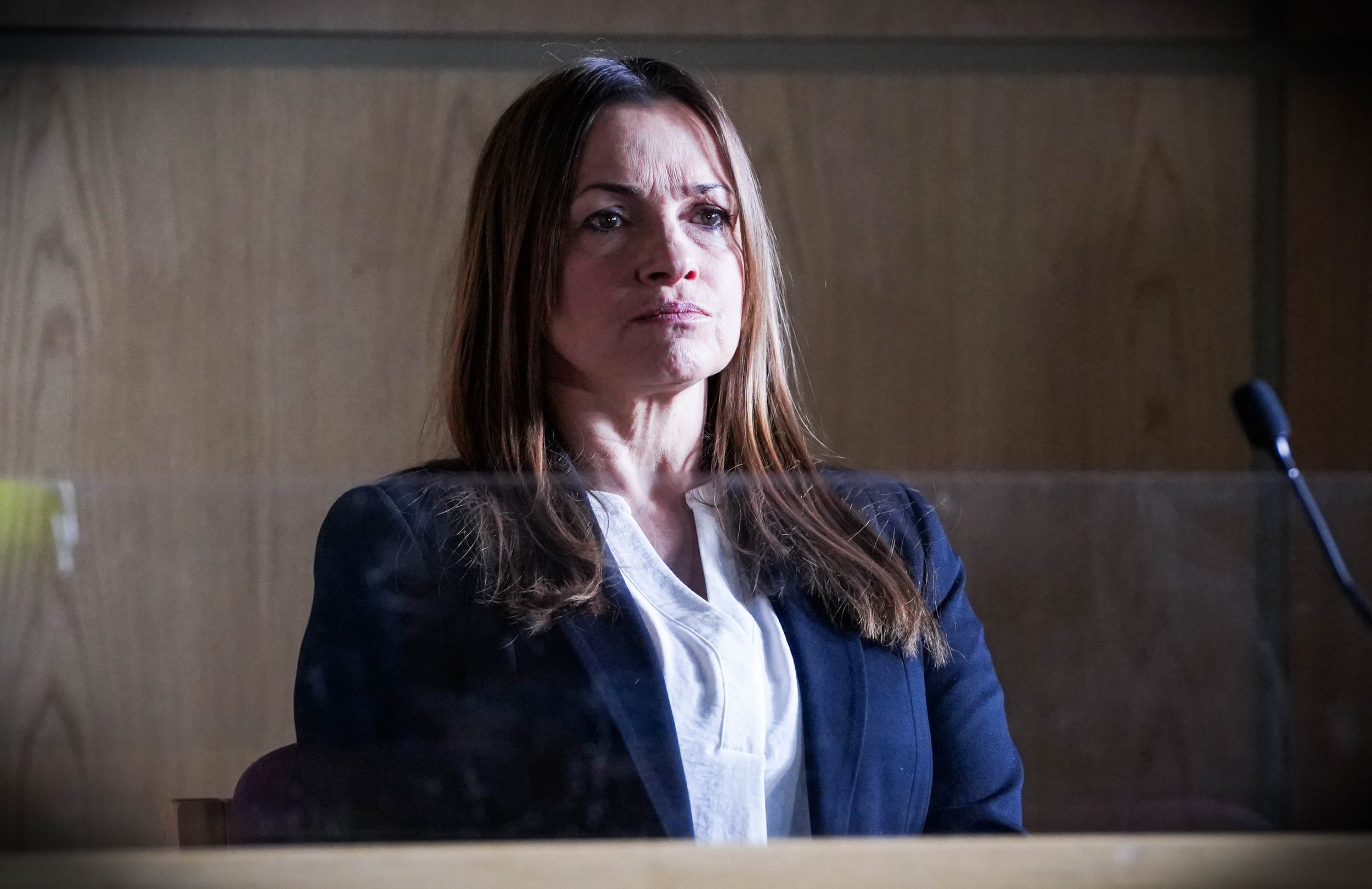 EastEnders viewers were left relieved tonight when vile paedophile Katy Lewis was found guilty for the historic grooming and abuse of Mick Carter (Danny Dyer)- and actress Simone Lahbib shares in that feeling as she has told us it was the only right ending for the story.

The Bad Girls icon joined Metro.co.uk for a chat on the final scenes, her future and whether Katy could return when she is released.

Are you happy with the ending for Katy?

Yes, I am glad about it. I think mostly for viewers and those who have been through this experience. Just to have that feeling of ‘yes, she has got her just desserts’.

Whether she gets the sentence she should get is another matter. But it’s important and that was the right ending. Hopefully it can build confidence in the judicial system – I hope it gives some the confidence to come forward and prosecute their abuser. It’s incredible to hear calls have up to charities.

One of my friends, someone I know fairly well, he messaged me and told me his story and his abuse – he and the other person who was abused by the same person challenged the system and they had laws change such as how the police dealt with these cases.

I heard a report that they’re looking into who is involved in these trials – everyone has experience and expertise in trauma and abuse including the jurors. Things are moving forward – not before time.

When she is released, would you revisit the character?

I’d happily revisit Katy – she is fascinating to play. Absolutely I’d happily come back. What would prison have done to her? Whether these people can change or not.

What are you up to next?

So I have just done the guest spot on Vera and I am about to sort a short film which I have written and directed called Swipe Right. It will soon be able to be seen – I am extremely excited for that.

I really enjoy teaching directing stints with Drama Studio London. It’s great fun – you get the scenes and the actors and you storyboard and then film it. I really enjoy all of that so there’s always plenty on the go! I like being busy.

How would sum up EastEnders experience?

I’ve felt really honoured to be trusted with the role. I recognise how important the role is. I was just so pleased with the outcome as well – I am quite proud of it and the character and the story and the impact on the audience. Things are changing so for it to have a positive effect is amazing.

If there are abusive personalities out there and they feel they can get away with things – I just think people having more awareness. I also think highlighting there are female abusers – they can be warm, funny and attractive and they can lure you in. They extract the information they need and they cleverly groom and manipulate.

They target people who are empathetic and vulnerable – people who are young, slightly naïve and trusting. Not that I want anyone to be cynical – you don’t want to harden people. It’s just a bit of critical thinking – listen to your instincts if something doesn’t feel right. And speak, tell somebody – even telling a friend, their perspective from outside might give a clearer view about what is going on.

It was brave of Danny to take on the story – it was wise and clever for writers to decide for this controlled, alpha male character to have this happened to him. These people can hide these traumas, even from themselves.

Danny and I were exploring it at first and Danny wondered how Mick has had this happen and he’s never played it out before – but people put things in boxes, lock it away with a key and sometimes they don’t even remember – until something triggers it.

And even then they might not want to face or not wanting to admit what happened – it can be the fear of the aftermath and judgement. That’s what Katy used on Mick: ‘I’ll say you raped me. You’re a kid from care, who is going to believe you?’ The more these things are talked about, the better!