Inside Enthusiast’s Quest to Control Gaming and Esports Fandoms

He “was being maligned … and hated it,” said a knowledgeable insider

Kevin Mayer’s sudden exit from TikTok last week after less than three months as CEO followed a culture clash with his Chinese-based bosses but, more importantly, a realization that the job could damage his reputation irreparably, three individuals with knowledge of his thinking told TheWrap.

Mayer, who left The Walt Disney Co. for TikTok in February after he was passed over for the CEO job there, was disturbed to find himself the target of White House attacks. In one case, economic advisor Peter Navarro referred to him as an “American puppet” for working at the Chinese-owned social media app.

“That really stung,” said one of the individuals close to Mayer. He “was being maligned … and hated it.”

The Trump administration maintains that TikTok and other Chinese apps gather data from American users and send it back to China, accusations repeated by Navarro. The company denies it. In mid-August, Trump ordered that TikTok be sold by its parent company ByteDance.

Having joined the company in June, Mayer quit last week saying that “given the political criticism that we have faced … it is with a heavy heart that I wanted to let you all know that I have decided to leave the company.” He noted that since a sale was imminent, the global role he signed up for was no longer there.

But his precipitous exit was more complicated than that.

Close friends advised Mayer to be careful about making public statements that vouched for the security of TikTok, even though Mayer had been assured by chief information security officer Roland Cloutier that all data regarding American users stayed in the United States.

In reality, Mayer had to take the word of ByteDance CEO Zhang Yiming that there was no “backdoor” to China in the code base and that all the data on users was stored in the United States and Singapore, multiple knowledgeable individuals told TheWrap. Operations in China, Mayer was told, were “highly restricted” and “highly controlled,” another of the individuals said. 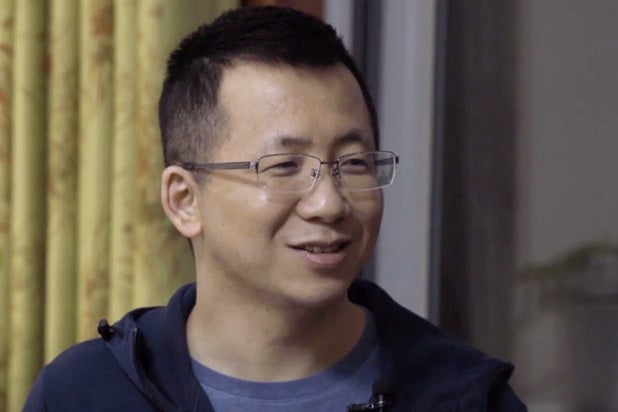 “When he got in there and saw what was going on, he and his Wall Street and other friends began to say: Are you sure you want to be the American face of the Chinese government in this environment?” said one of those individuals.

Mayer and Zhang, while having very different personalities, were said to have a strong relationship, up to the point where Mayer decided to leave.

Mayer found it difficult to adjust to the culture of the Chinese-based ByteDance, which he told friends was “secretive, not transparent, not forthcoming,” according to one knowledgeable individual.

At the same time Mayer, as TheWrap has previously reported, is known for having led bare-knuckled negotiations to acquire Marvel, LucasFilm and launch Disney+, and earned a reputation for bullying others inside Disney.

One of the individuals half-jokingly referred to Mayer as a “bull in a China shop.”

Regardless, Mayer was “extremely aware” of the reputational damage to him of working for a company believed to be spying on Americans and the world. One acquaintance said that Mayer leaped too quickly at the opportunity in his haste to leave Disney after the CEO role went to Bob Chapek. “It was a sexy and exciting job with lots of money,” said the insider. “But he didn’t seriously look at the risks.”

Perhaps not surprisingly, Mayer found himself outside the process of negotiations to sell TikTok to Microsoft or Oracle, one in which Treasury Secretary Steven Mnuchin has been personally involved. Instead, ByteDance CEO Zhang and investors Sequoia Capital and General Atlantic have taken the lead.

A TikTok executive previously noted that Mayer had a phone call with the CEO of one of the bidders. The leading bidders are Microsoft and Oracle, with a long-shot bid coming from TikTok competitor Triller.

Rather than risk any more of his reputation, Kevin Mayer decided last week to walk.

One individual said that Mayer received his severance payout despite quitting two and a half months into the job.