Home » TV and Movies » 'King of Queens': Why Doug and Carrie Never Had Kids on the Series

'King of Queens': Why Doug and Carrie Never Had Kids on the Series

On the surface, The King of Queens follows a familiar premise that has popped up in many family-centered TV shows. The bumbling husband who is constantly tiptoeing around the demands of his more responsible and put-together wife is a dynamic that has played out in everything from The Simpsons to Married . . . with Children and will soon be darkly lampooned in Kevin Can F*ck Himself.

One thing that really set The King of Queens apart from this familiar sitcom format, however, was the lack of children in Doug and Carrie’s relationship. While most family sitcoms focused on a nuclear family of a husband, wife, and their children, the dynamic explored in The King of Queens notably had no offspring underfoot.

It turns out this was a deliberate and careful choice on the part of the show’s creators.

‘The King of Queens’ took place in New York

The King of Queens is set, appropriately, in Queens, New York, and it features a kind of endearing-if-bumbling everyman in its protagonist Doug Heffernan. A post deliveryman, Doug lives a simple but satisfying life with his pretty wife Carrie and his set of good friends who all enjoy nothing more than a game on the big screen and some good snacks to relax after work.

This kind of innocuous paradise is thrown into upheaval when Carrie’s newly-widowed father Arthur needs a place to stay and comes to live with Doug and Carrie. Doug has to give up his basement man cave for his father-in-law’s living quarters, and he’s feeling the intrusion on his personal space in more ways than one. Much of the lighthearted drama and ultimate laughs of the show revolve around Doug’s tension with Arthur and Carrie.

The series proved popular with fans and ran for an impressive nine seasons before wrapping up in 2007.

Kevin James and Leah Remini starred in ‘The King of Queens’

Without a doubt, the magic of The King of Queens was largely credited to the chemistry between its lead actors. Kevin James played Doug, and Leah Remini starred as Carrie. Jerry Stiller’s portrayal of the curmudgeonly Arthur helped provide just enough tension to make the humor pop off the screen.

The connection between Remini and James was undeniable, and network executives even tried to save James’ more recent sitcom Kevin Can Wait by bringing Remini on in an attempt to recapture the spark from King of Queens. While that attempt fell flat, Doug and Carrie remain one of TV’s most iconic couples and added real heart and depth to the fairly stereotypical portrayal of the bumbling husband and his nagging wife.

There’s a reason Doug and Carrie did not have kids 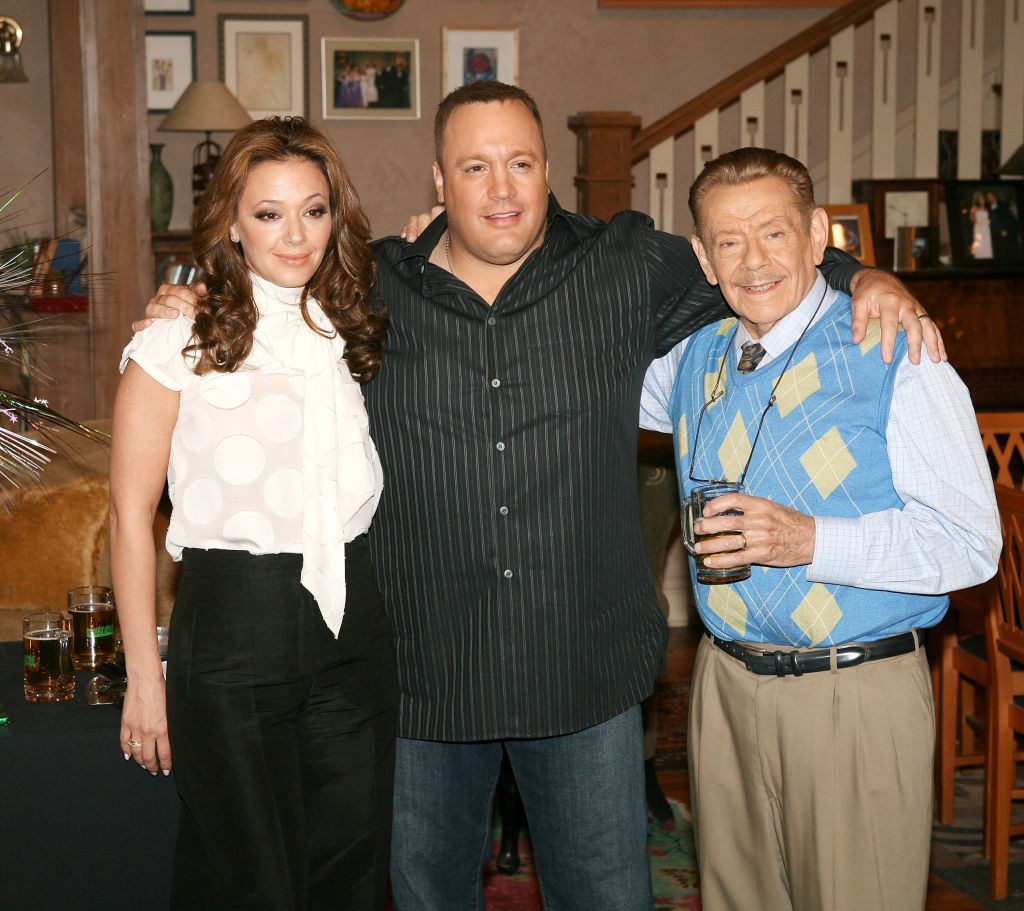 Notably, Doug and Carrie do not have children — an unusual move for a family-centered sitcom. While some wonder if the fictional couple could have afforded the extra expense of a growing family, the real reason for the decision is more creative in nature.

As Mental Floss reports, executive producer David Bickel didn’t want the show to have a bifurcated feel, and he was specifically thinking of syndication potential: “The studio felt that if you have a big thing happen to the Heffernan family then it kind of dates the old shows as ‘pre-baby’ and the new shows as ‘post-baby’ and it kind of hurts syndication a little bit.”

On top of that, the creators didn’t feel like they needed the dynamic of a child because Jerry Stiller’s portrayal of Arthur served that role. “The thing was always Jerry Stiller is the baby,” Bickel explained.

In the series finale, Doug and Carrie are on their way to China to adopt when they find out that Carrie is pregnant, so fans are left to imagine a different life for the couple once the series concludes.