KYLIE Jenner slammed the "false and twisted narrative" after she was bashed for asking fans to donate to her makeup artist's GoFundMe.

The chaos kicked off after the makeup mogul asked for donations to pay for Samuel Rauda's medical bills following an accident. 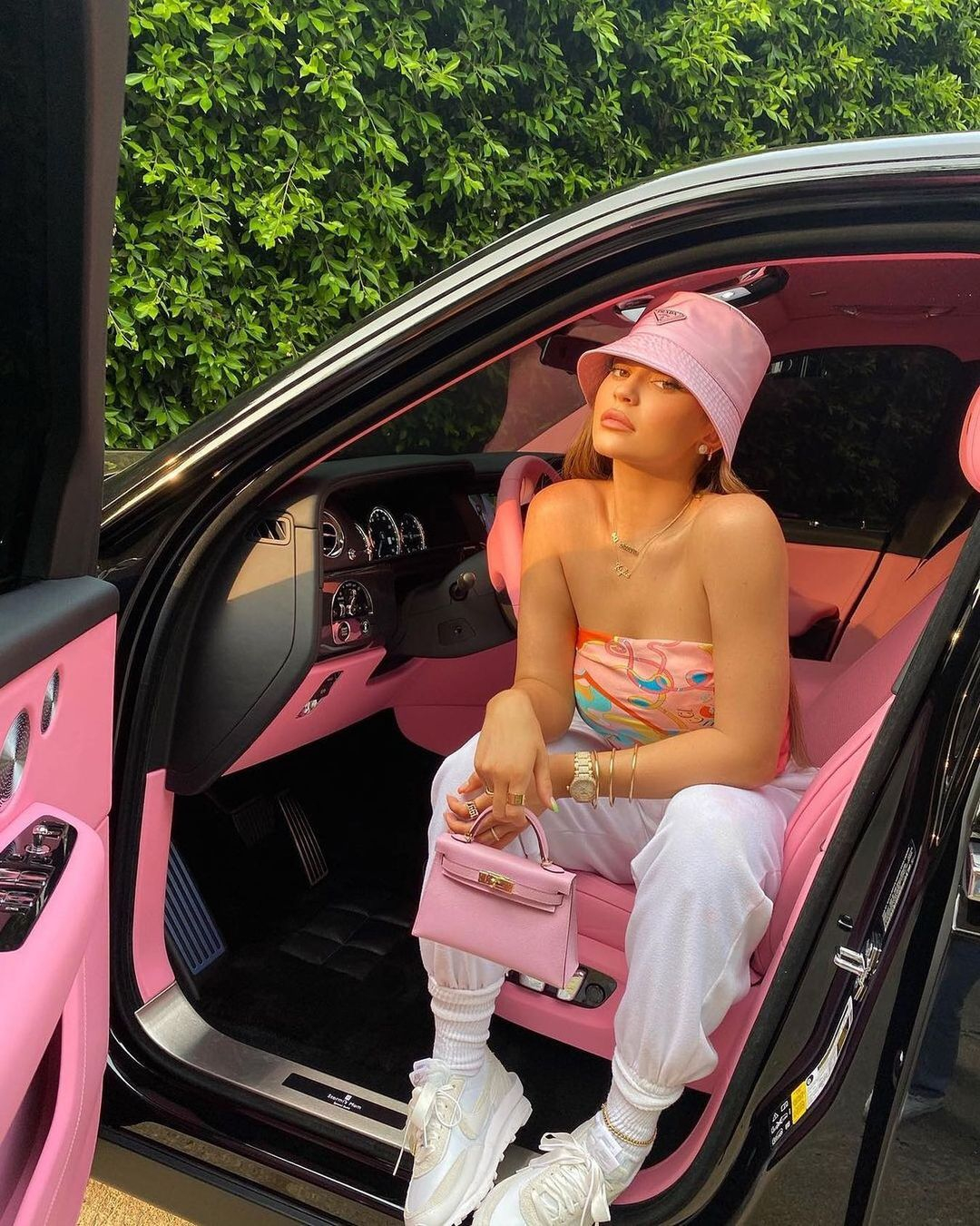 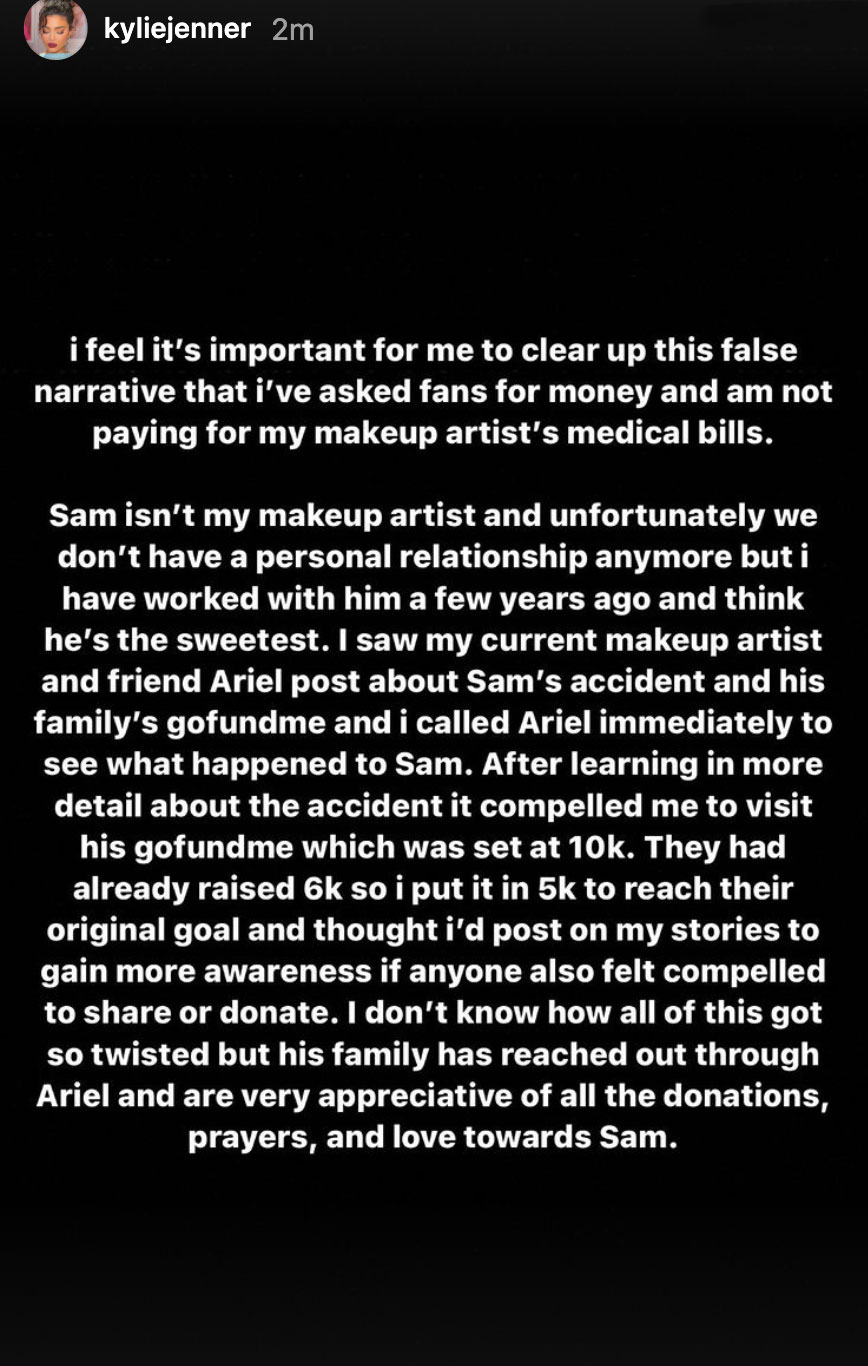 The 23-year-old took Instagram Stories to finally respond after the controversy, as she wrote: "I feel it's important for me to clear up this false narrative that I've asked fans for money and am not paying for my makeup artist's medical bills."

She continued: "Sam isn't my makeup artist and unfortunately we don't have a personal relationship anymore, but I have worked with him a few years ago and he's the sweetest."

Kylie then went on to explain she learned of Sam's predicament from her current makeup artist, which led her to visit his GoFundMe, "which was set at 10K."

"They had already raised 6K so I put in 5K to reach their original goal," she said, before explaining she shared the link to "gain more awareness." 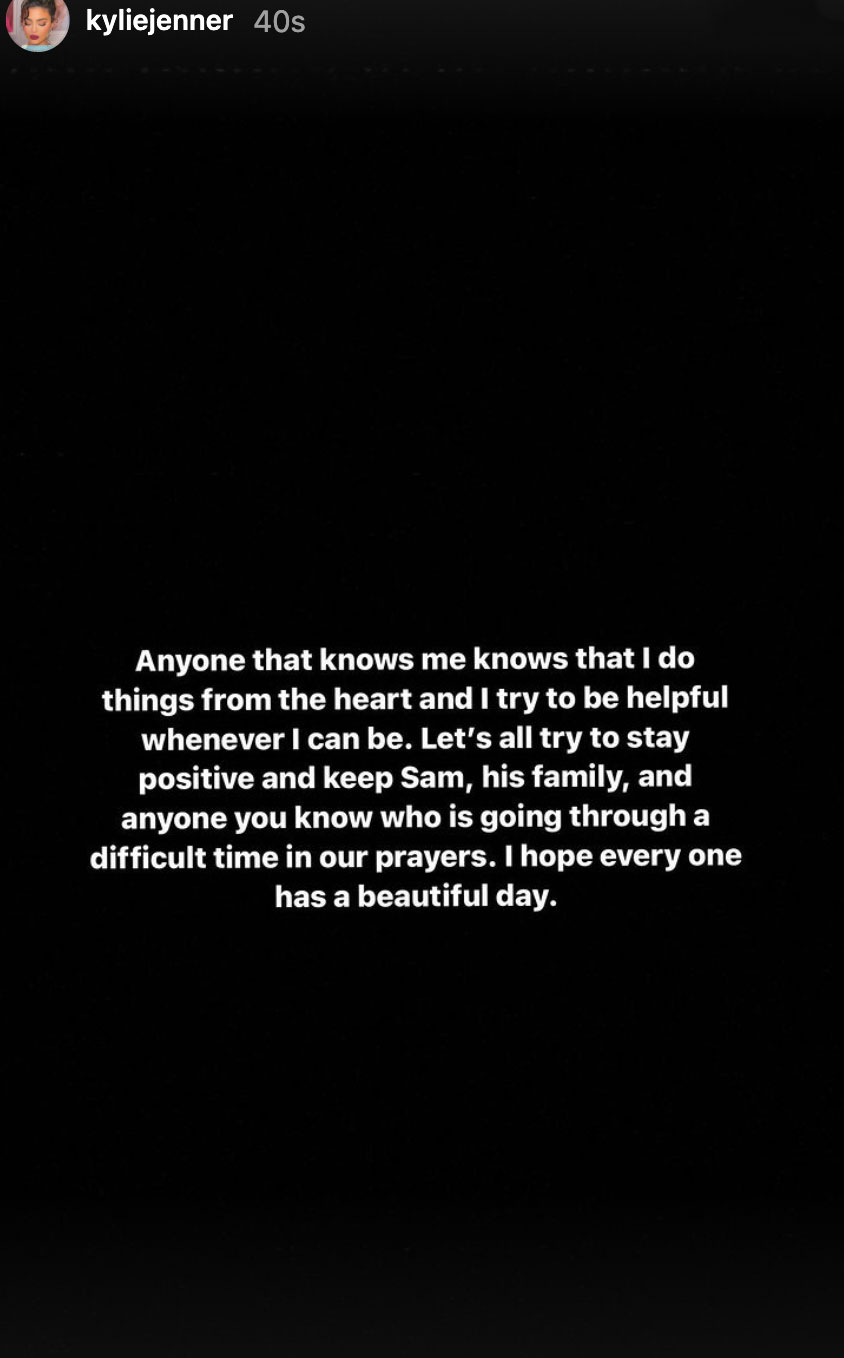 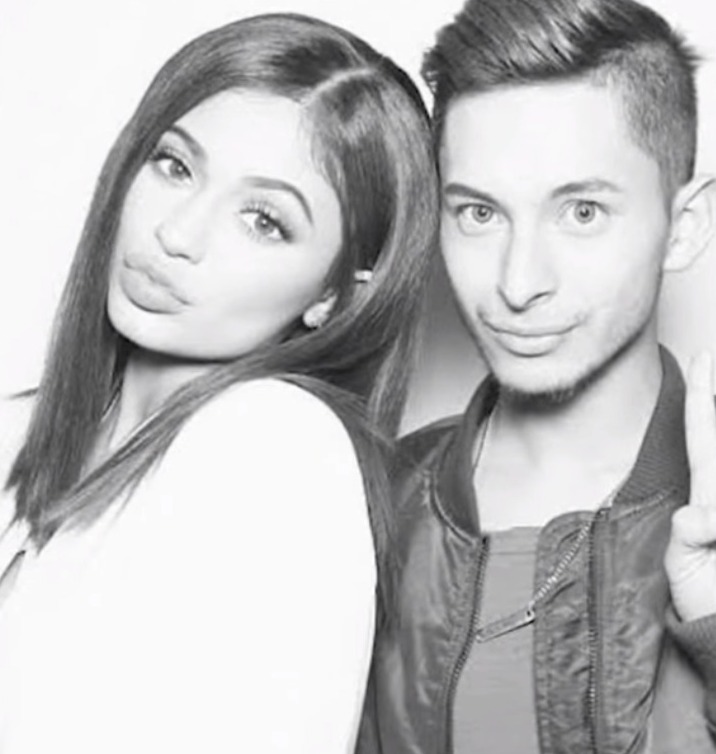 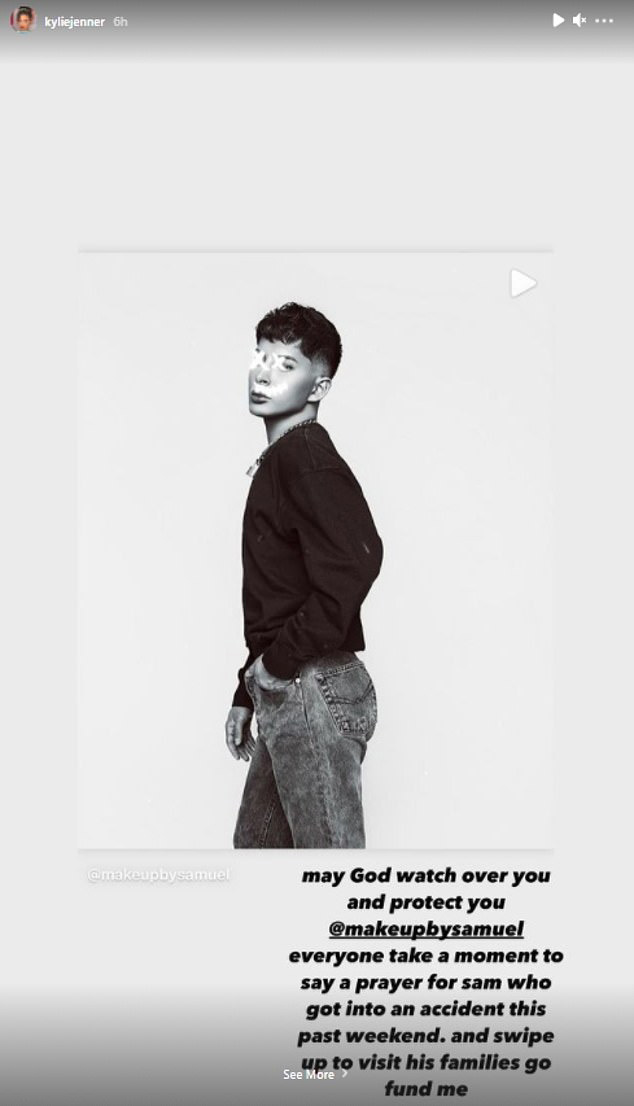 "I don't know how all of this got so twisted," Kylie wrote, adding that her former makeup artist's family is "appreciative of all the donations."

The reality star wasn't done there, as in another slide she said: "Anyone that knows me knows that I do things from the heart and I try to be helpful whenever I can be.

"Let's all stay positive and keep Sam, his family, and anyone you know who is going through a difficult time in our prayers." 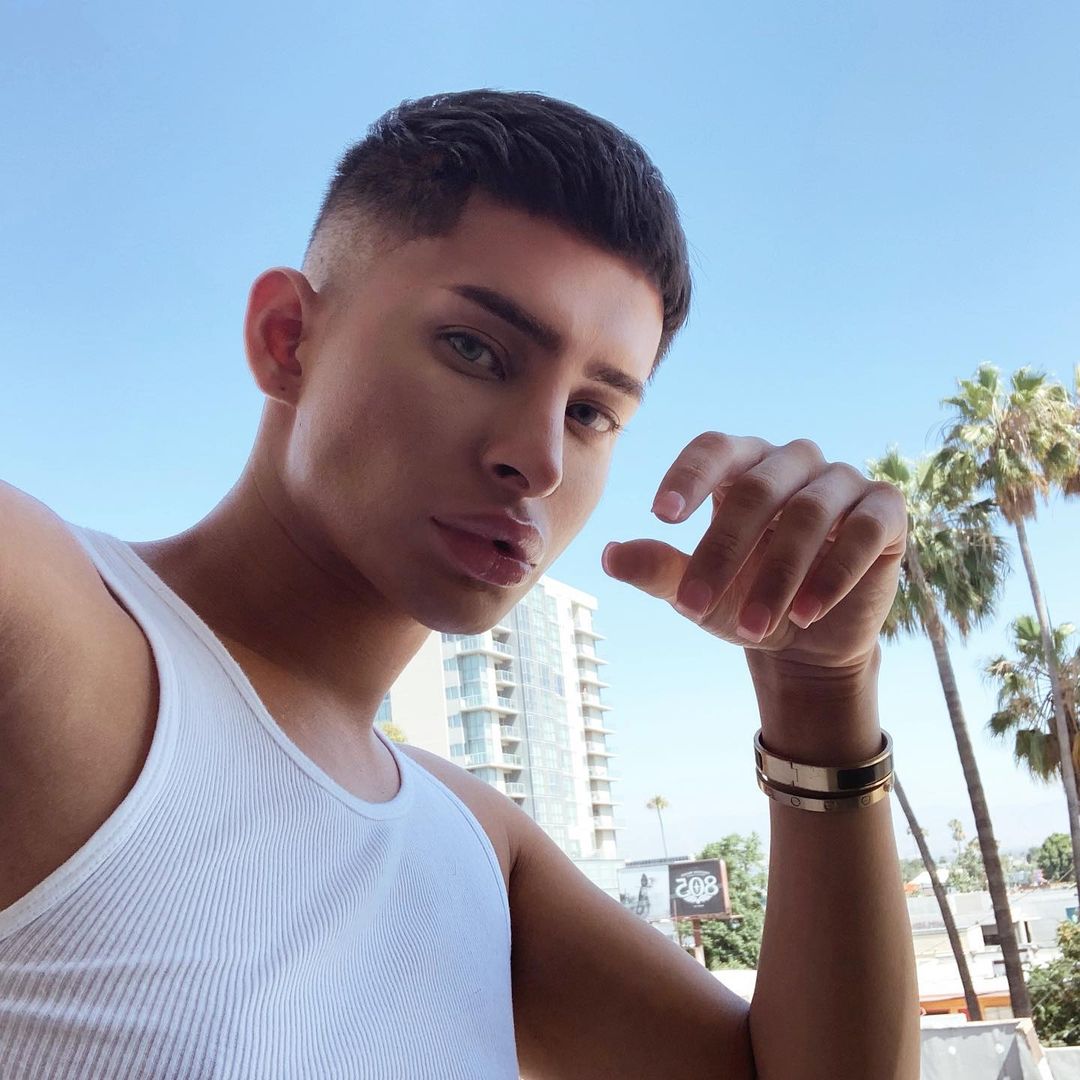 She concluded: "I hope you have a beautiful day and let's encourage each other to help."

According to the GoFundMe, Samuel had brain surgery earlier this month after a brutal car accident that led him to badly hit his head on the sidewalk. 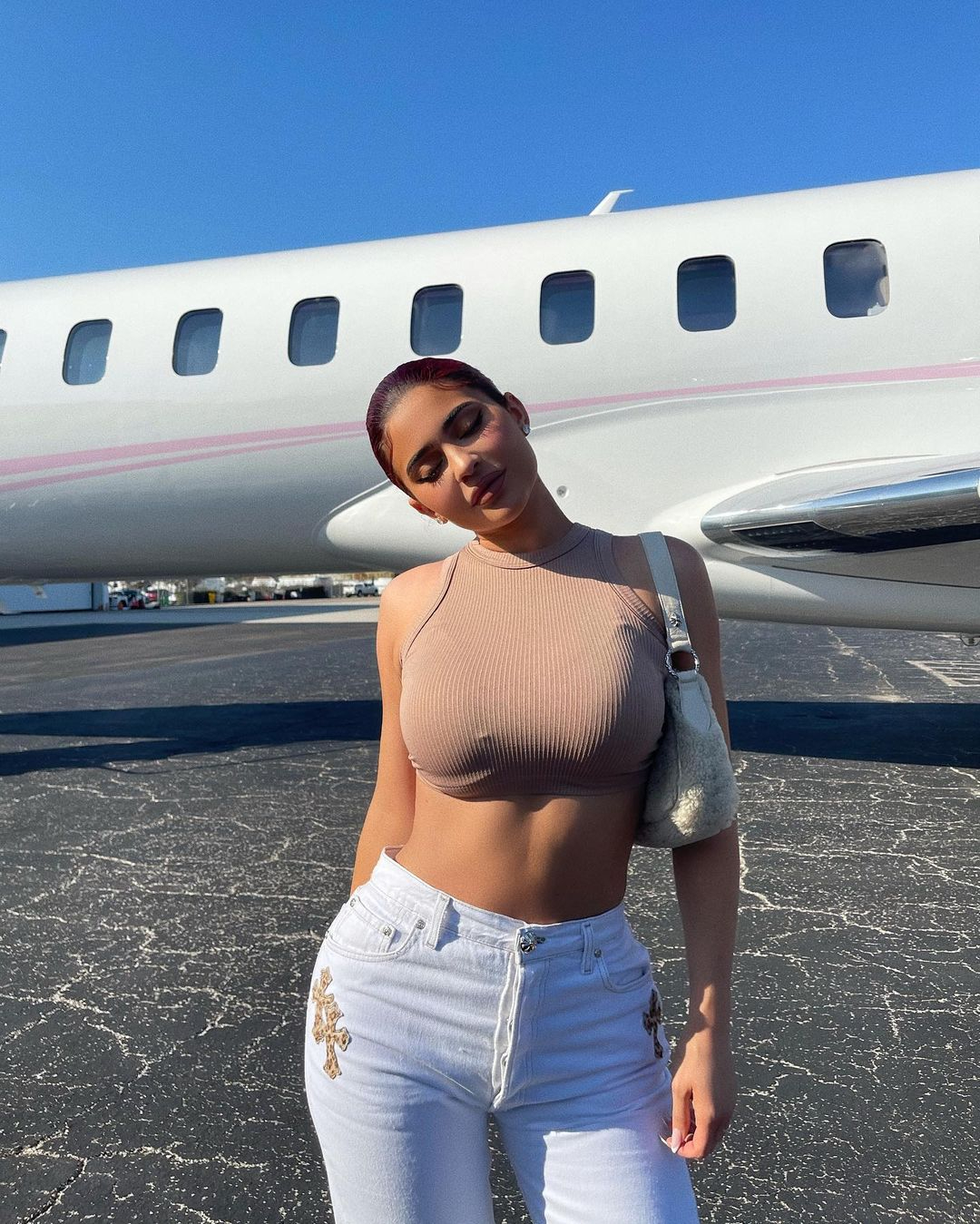 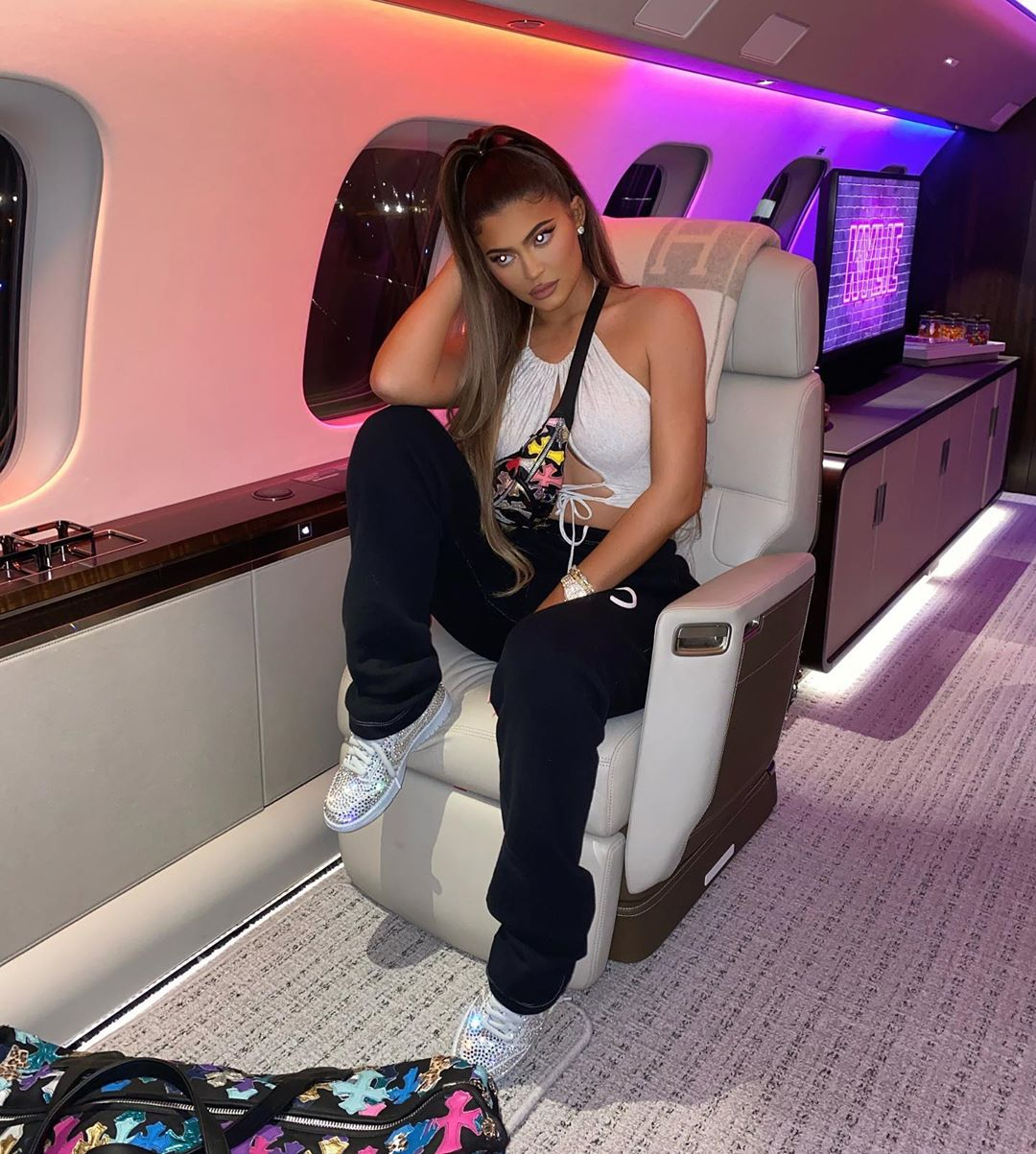 After asking for donations, Kylie quickly felt the heat from a number of fans, as many pointed out that she is rich and can afford to cover the medical costs herself.

One Twitter user wrote: "Kylie Jenner better open up one of her Birkins and stop asking us poor folk to donate to her makeup artist's gofundme."

Another added: "the fact that Kylie Jenner has the audacity to ask for donations for her friends/makeup artists emergency surgery (60,000) while she's worth a whole BILLION is very character telling."

According to Forbes, Kylie's net worth is currently $900 million.

The Keeping Up With The Kardashians star also owns a private $72 million private jet and multiple homes, and regularly shows off her $36 million Holmby Hills mansion on social media.

Soon after asking for donations, the mother of one posed with an $8,000 Hermes bag and $500 Prada. 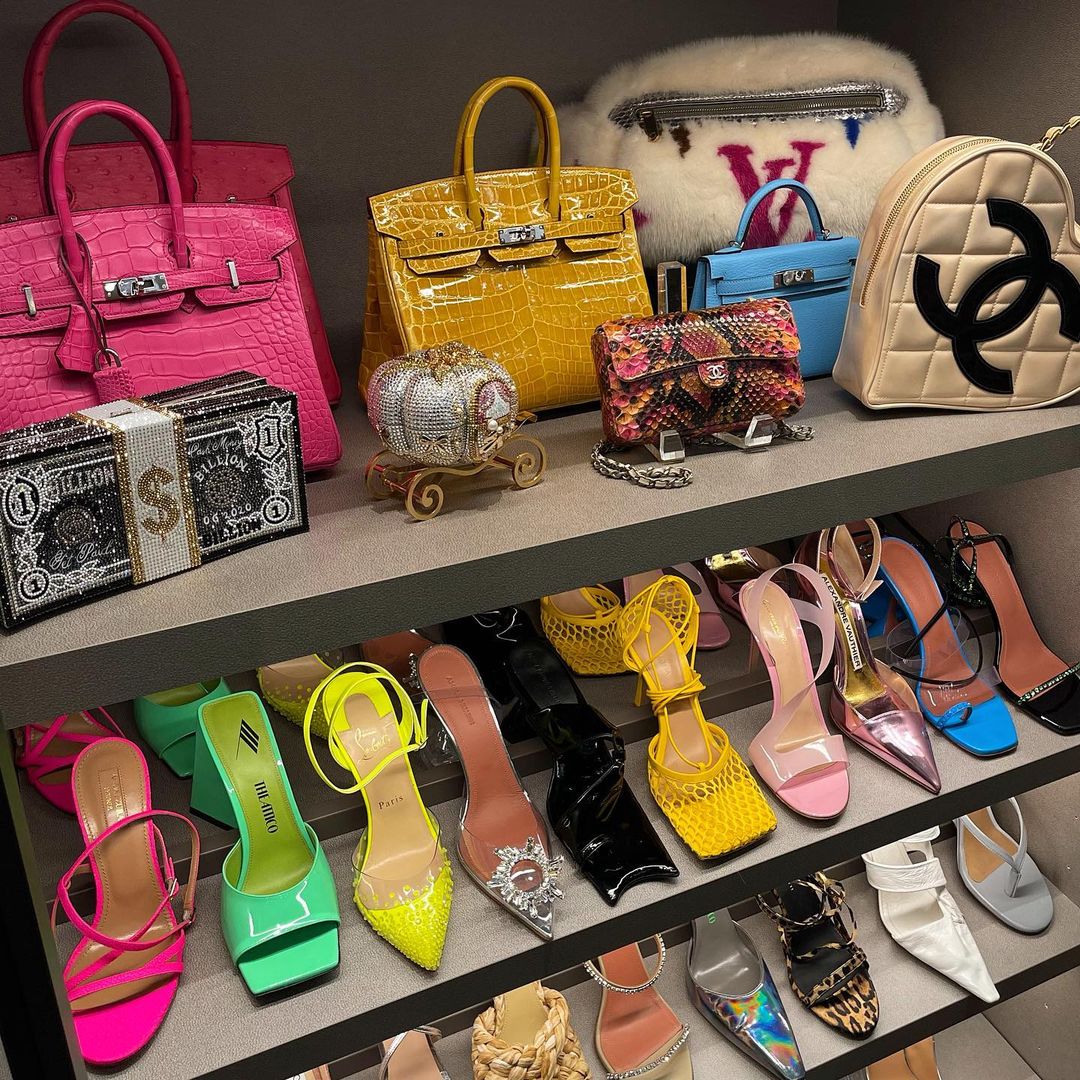