In this action film set in Bangkok, a special forces guy goes in to rescue his wife and daughter. 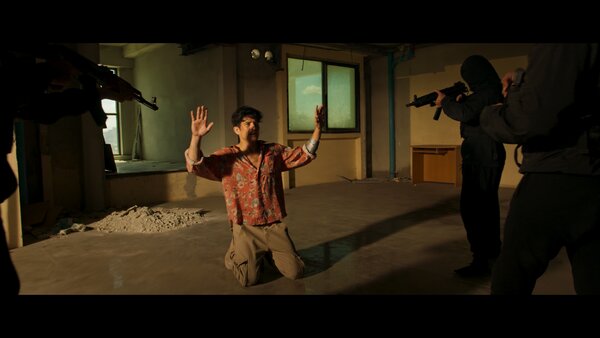 When first seen in this Bangkok-set action film, its hero, Michael, played by the martial-arts-conscious actor Jonathan Patrick Foo, seems a perfunctory sort of family man, to say the least. Parked on a sofa watching old Popeye cartoons, he all but sneers at his irritated wife, Kim, and whiny child, Anna, as they prepare to run errands. And he barely notices when Kim drops divorce papers in front of his face.

So the biggest surprise in this woefully inept and threadbare picture is that when Michael discovers that Anna (Angelina Ismalone) and Kim (Julaluck Ismalone) are being held hostage at a locale actually called Saving Bank — nobody involved in this film will win any awards for inspired place-naming — he, instead of shrugging, instantly turns into a reasonably motivated killing machine. As it happens, he is on the couch because he’s one of those unspecified special forces guys, and his missions really take it out of him.

Meanwhile, at Saving Bank, a team of what seems like dozens of black-masked mercenaries (to infer from the credits, they’re played by the same batch of guys in rotation) is trying to snatch a bio-weapon stashed in a safe deposit box. Their frantic leader is played by Clayton Norcross, who seems to be actively pursuing a multicount indictment for crimes against acting.

The movie was written and directed by Jean-Marc Minéo, who is highly trained in martial arts. He could have stood some training in cinematic spatial relations. The Saving Bank occupies a single floor of what’s supposed to be a tall building (we never see it whole), and all the other floors are, conveniently enough, unoccupied raw space — the better for Foo to dutifully kick and shoot masked stuntmen. This endeavor might have tried the alternative title “Die Hard on a Budget,” except even that would have been hopelessly optimistic.