Made in Italy: Liam Neeson stars in Amazon Prime trailer

Hollywood and Broadway star Natasha was only 45 when she died after a freak accident on a learner slope at a ski resort outside Montreal. She had fallen and hit her head but initially refused treatment. Nobody knew she had suffered from bleeding between her brain and skull. Two hours later she complained of extreme headaches and was flown to a hospital where she died two days later.

Natasha died on March 18, 2009 with her husband Liam at her hospital bedside. The family had had to make the devastating decision to turn off life support after severe and fatal brain damage was detected.

She left behind two young sons, Micheál and Daniel, as well as her famous sister Joel Richardson and mother Vanessa Redgrave.

The younger members of the family have rarely spoken publicly of their grief and loss, but a new film has been a “cathartic” process, says Liam.

When it was first announced, Micheál said: “The parallels were so apparent that it felt like my mom, in a spiritual sense, had a hand in it.” 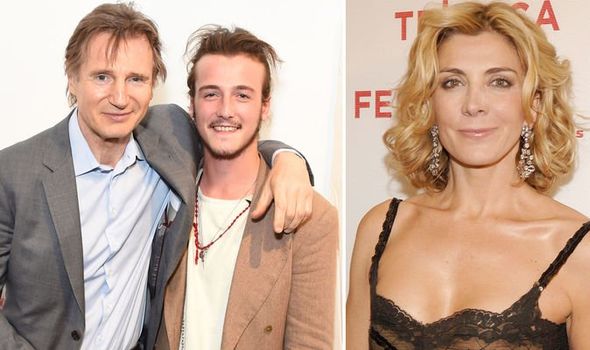 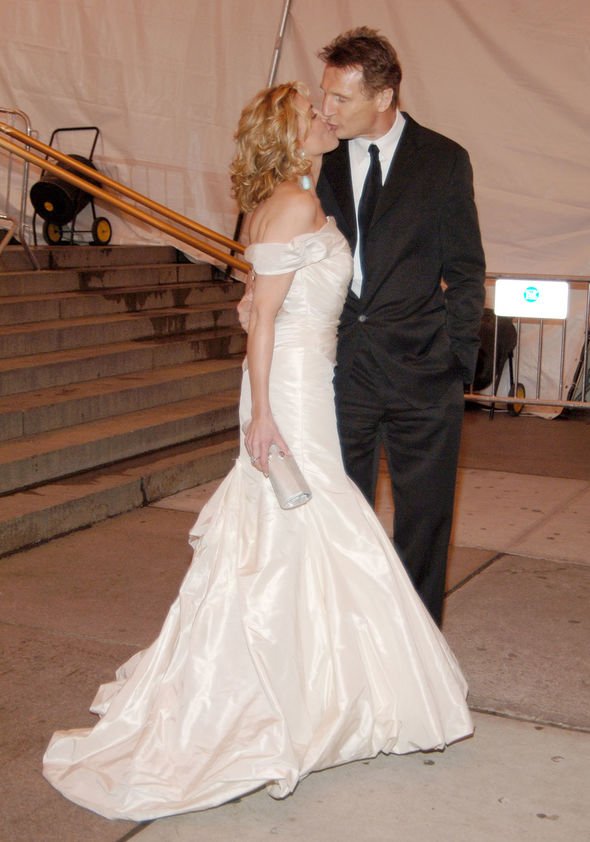 Micheál was only 13 when he lost his mother and admitted he had been unable to properly process it at the time.

He said, “I think the pain was a little too overwhelming.

“I think the mind is very powerful, and subconsciously, or unconsciously, it can protect you.

“That’s what it did when she passed. I just pushed it aside and didn’t want to deal with it.”

Father and son appeared on Graham Norton this week and spoke honestly about the experience of acting out a story that mirrored their own so closely. 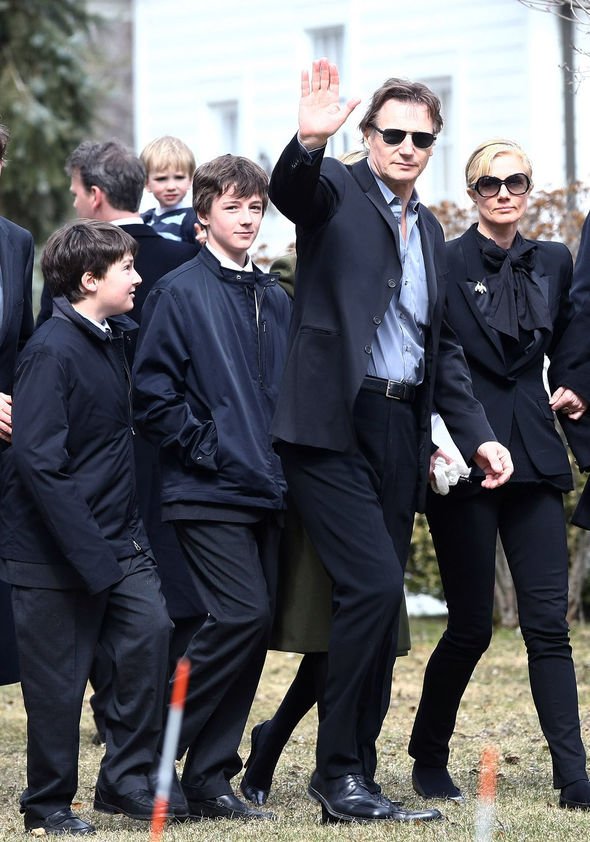 Micheál said: ‘We had a conversation about it beforehand.

“I think dad was more worried about the publicity aspect of it and me getting questions about mum and other personal things, but I was pretty cool with that.

“Other than that, it was so odd that it was 10 years after mum had passed and we were actually selling a family home where she grew up and I grew up, so it hit a little extra harder for us.” 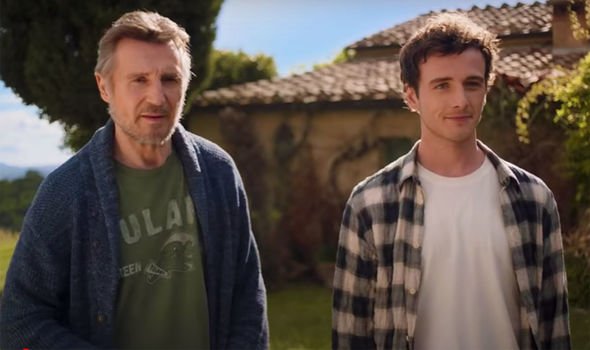 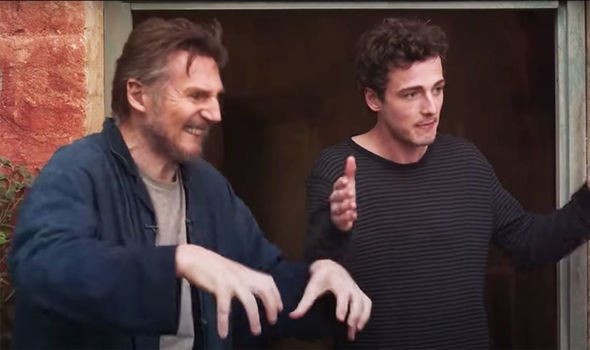 Liam said: “When I read the script I thought, ‘Oh my gosh, this is a bit near the knuckle.’ I felt a churning in the gut, but thought it would be great to do and to do it with my son.”

Not only does it portray a family struggling with the loss of a wife and mother, but it also shows a son trying to follow in the footsteps of his famous father (in the film he is an artist).

Despite the subject-matter, Made In Italy is a gentle romantic comedy. Directed and written by fellow actor James D’Arcy, it also stars Lindsay Duncan.

Even so, Liam said everyone involved with the project was very aware of his family’s own story, especially when filming some of the more emotional scenes.

Liam said: “It was cathartic in a way – the way in which art sometimes can be.

“There were some very delicate emotional scenes, and I could access the emotion without any problem, I didn’t need days to build up to it and I thought Micheál would be the same.

“We had such a delicate producer and such a supportive crew that we felt wonderfully comfortable.”

Micheál also talks about how “traumatic” his childhood could be with two famous parents. 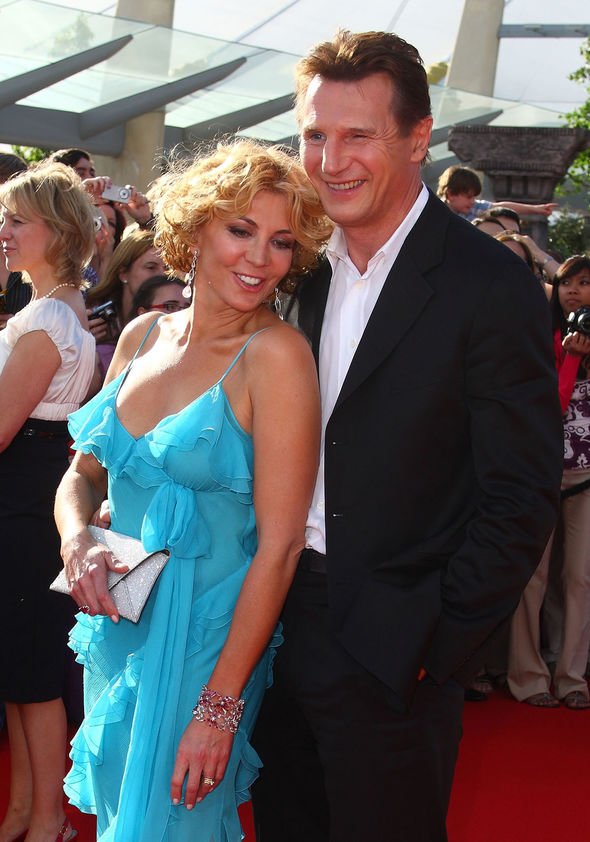 Micheál said: “I watched all their movies, but it was kind of traumatising at the age of five seeing my dad sliced in half by a lightsaber or blown up in some crazy factory explosion, and also kissing somebody else.

“As a kid, I thought it was CGI or some Hollywood effect, it wasn’t real!”

He is, of course referring to Liam’s famous role as the Jedi master Qui-Gon Jinn, who met a grisly death in the Star Wars prequels.

The Graham Norton Show is available on BBC iPlayer.

Made In Italy is out now Amazon Prime