Marvel fans are still reeling after the shocking cliffhanger awaiting them at the end of the latest episode of Loki, ‘Lamentis’. With just three episodes of the brand new Disney+ series still to come, a new theory suggests the God of Mischief could have already come up with his escape plan.

The two Loki variants at the centre of the latest Marvel Disney+ series could use a major artefact from the MCU’s Phase Three to make their daring escape.

At the start of the superhero drama, a Loki Variant (played by Tom Hiddleston) is picked up by the Time Variance Authority after unlawfully escaping New York in 2012.

After reluctantly teaming up with Agent Mobius (Owen Wilson), the powerful trickster god is stunned when he finds a drawer full of deactivated Infinity Stones.

The same powerful gems were previously used by the Mad Titan Thanos (Josh Brolin) to wipe out half the universe at the end of Avengers: Infinity War. 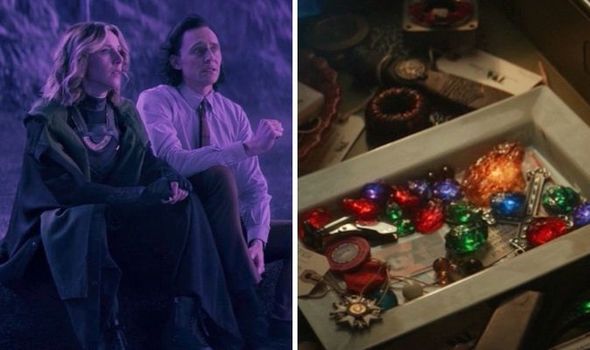 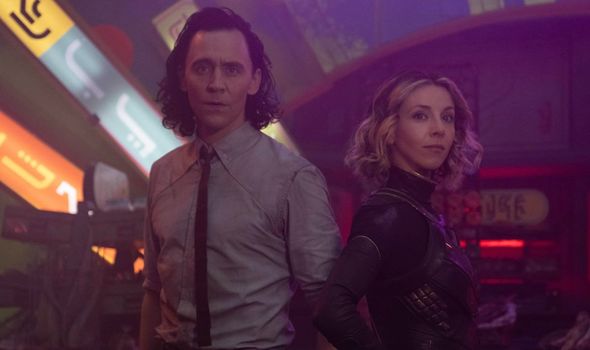 Having experienced their power firsthand, Loki is stunned to find the TVA collecting the magical rocks as harmless trinkets.

However, Loki is an opportunist at heart, and some fans think he may have slipped some of the stones into his pockets when his colleague Casey (Eugene Cordero) wasn’t looking.

His trademark deceitfulness could be what eventually frees him and his new companion Sylvie (Sophia Di Martino) from certain doom on the dying moon Lamentis-1.

After their one-way ticket away from the ensuing apocalypse was destroyed at the end of the latest episode, fans took to Reddit to discuss the Loki variants’ next plan of action. 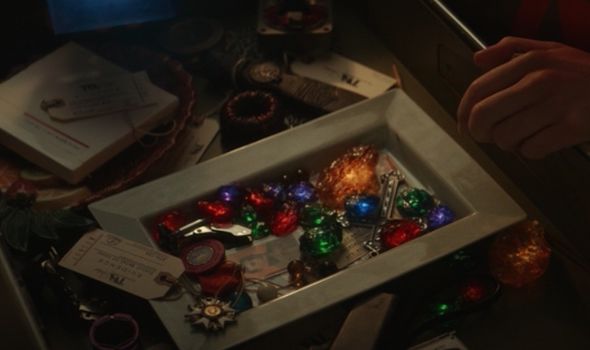 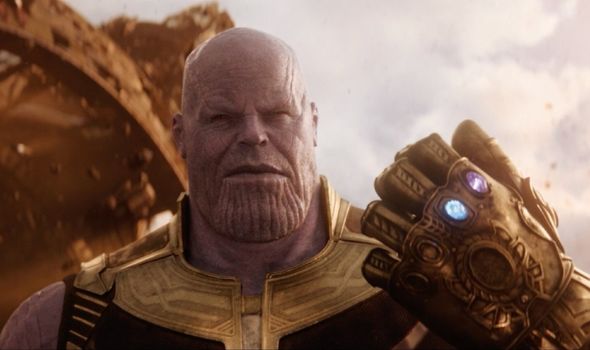 User KostisPat257 started off the discussion with a poll of various methods to escape.

One option suggested: “Loki uses an Infinity Stone he secretly pocketed in Ep 1 to escape.”

Down in the comments, another user added: “I think it could just be the TVA finding him by looking in apocalypses. Using an infinity stone would be cool though.”

Though a more skeptical fan replied: “I hope he doesn’t use an infinity stone because that seems kinda lazy but maybe the writers will make it look cooler than it sounds.”

However, over on Twitter the theory gained even more headway as several viewers spotted a strange detail in the midst of Loki and Sylvie’s first escape attempt.

Whilst making their way towards the life-saving ark about to take off from Lamentis-1, Loki manages to use telekinesis to stop a falling building from crushing them.

As the supervillain has never demonstrated this ability before, some Marvel fans singled out this moment as potential evidence he managed to swipe a stone from the TVA drawer.

One viewer said: “It’s most likely Loki has an Infinity Stone when he prevents that building from falling on them.”

And another speculated: “Everyone is talking about Loki being Bi and about the TVA theory but the biggest question is how did Loki stop that building from falling? Did he use telekinesis or an Infinity Stone?”

The Marvel series hit a major milestone by confirming Loki as the first canonical Bisexual character in the franchise, but for some fans his unprecedented use of telekinesis was an even bigger talking point.

With their time on Lamentis quickly running out, either Loki or Sylvie desperately need to pull another trick up their sleeve before their time-hopping journey comes to a sticky end.

Could the wily trickster confess he’s been hiding one of the strongest elements in the universe at the very last second? Thankfully there’s just a couple of days before all is revealed.