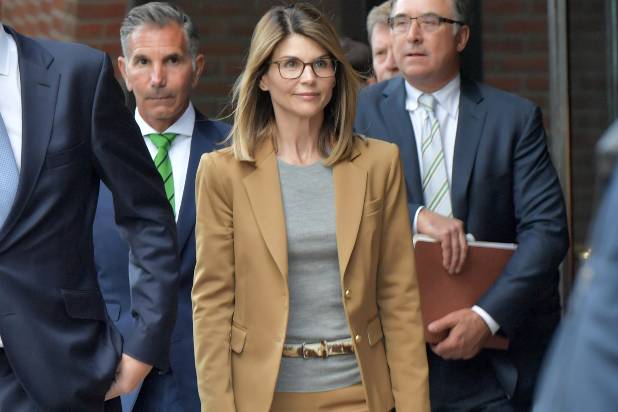 Actress Lori Loughlin was released Monday morning after serving a 2-month prison sentence for her involvement in a college admissions bribery scam.

The “Full House” star pleaded guilty in May to one count of conspiracy to commit wire and mail fraud. As part of her plea deal, Loughlin agreed to two months in prison, two years on probation, a $150,000 fine and 100 hours of community service.

“I made an awful decision. I went along with a plan to give my daughters an unfair advantage in the college admissions process, and in doing so, I ignored my intuition and allowed myself to be swayed from my moral compass,” Loughlin said during her sentencing hearing in August. “That realization weighed heavily on me. And while I wish I could go back and do things differently, I can only take responsibility and move forward. … I am ready to face the consequences and make amends.”

Loughlin, whose participation in the cheating scam allowed her two daughters Olivia Jade and Isabella Rose to be admitted into the University of Southern California, spent her prison sentence at a low-security federal prison in Dublin, California. The prison is the same one that Felicity Huffman stayed in for 11 days after pleading guilty to one count of conspiracy to commit mail fraud and honest services mail fraud as part of the college admissions scandal.

Her husband, Mossimo Giannulli, is serving his five-month sentence at a prison in Lompoc, California and is expected to be released in April 2021.

Earlier this month, Olivia Jade broke her silence about her parents’ imprisonment.

“It’s been hard. I think for anybody no matter what the situation is, you don’t want to see your parents go to prison. But also I think it’s necessary for us to move on and move forward,” the beauty influencer said.