Trailer for One Flew Over The Cuckoo's Nest

The titanic battle between psychiatric ward nurse Mildred Ratched and inmate Randle McMurphy powered the 1975 film to box office and award season glory. It was the third-biggest film of the year behind Jaws and Rock Horror and swept the top five awards the 1976 Oscars, including Best Actor and Actress for Nicholson and Fletcher. Their pair forged an intense bond during the shoot and promotional tour, and were photographed kissing affectionately on the lips at the ceremony. SCROLL DOWN TO WATCH LOUISE FLETCHER’S OSCARS SPEECH

Fletcher was married at the time to Hollywood producer Jerry Bicks, but it was on the rocks and would end the following year. She had given up an early acting career in 1960 to raise their children and only returned to the screen in 1974.

The actress had fought hard for the role of Nurse Ratched, up against much bigger names like Jane Fonda, Ellen Burstyn, Anne Bancroft and Angela Lansbury, repeatedly lobbying and auditioning for director Milos Forman.

She said: “”He rejected me over and over and over. At the end of every meeting he’d tell me: ‘Go home and forget about this, you’re not getting it.’ I didn’t know they were offering it to all these other actresses, who were turning it down.” 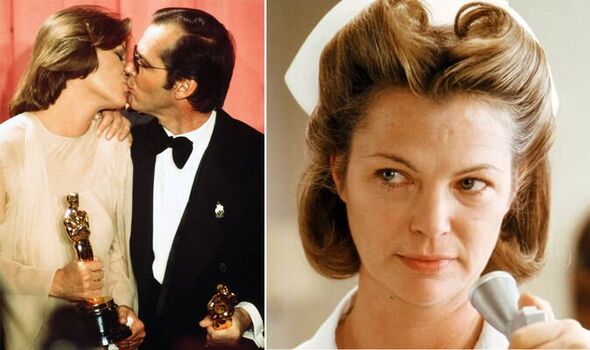 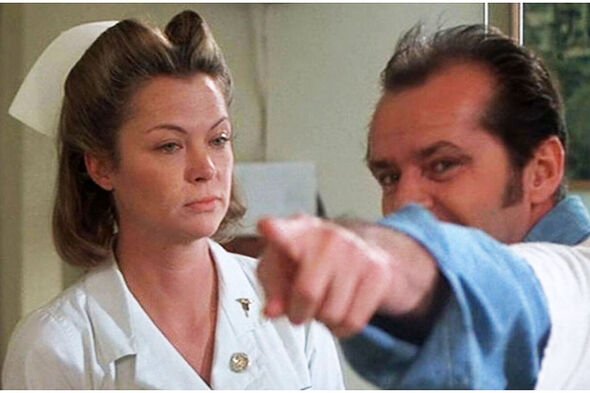 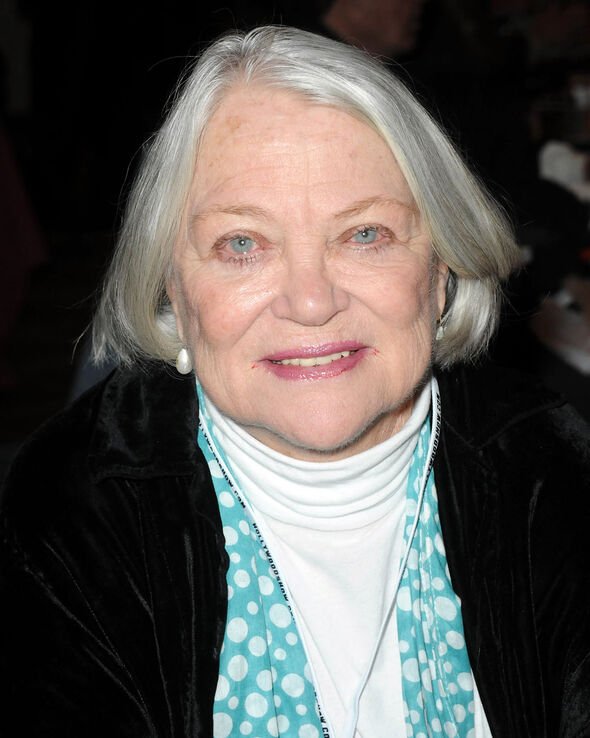 When she landed the role, her nerves were clear during the early days on set, and that was when Nicholson stepped in. They had met 15 years earlier in acting classes but he was now a major international star.

Fletcher later described how, seeing her panic on the very first day, “Jack started making faces and picking his nose to distract me and help me to relax.”

She also recalled how he also helped her during the climactic, iconic scene where Randle snaps and violently strangles Nurse Ratched: “Jack made shooting that scene a lot of fun. He said he didn’t want to hurt me, ‘So we’re gonna do the Yiddish school of acting: you try to make me choke you, and I try not to choke you, and it looks the same.’ It was brilliant.” 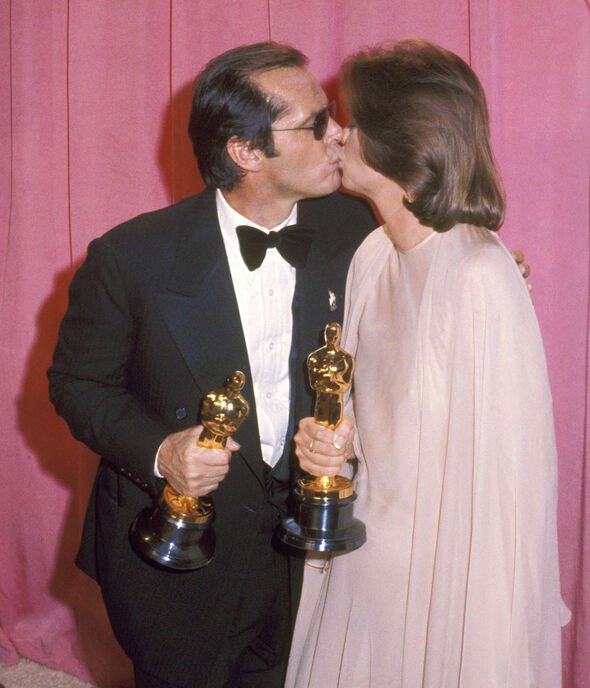 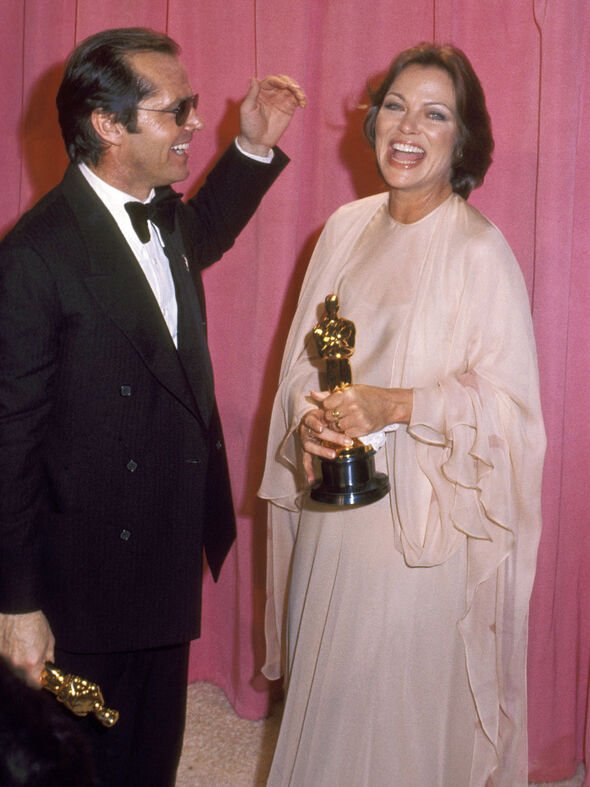 Despite their bond, Fletcher also asked to be accommodated away from everyone else, who partied hard throughout the shoot: “The temptation was great to go out for dinner, to get a drink. But I knew that would be bad for me, so I made up a story that I was being harassed by a stranger and had to get out of there. The producers rented me my own little condo apartment. I desperately wanted to be on my own, to have the separation that I thought was so important for the role.”

However, she later took a radical step when she realized she might have created too much distance and suddenly stripped off her clothes on set in front of everyone: “‘I’ll show them I’m a real woman under here, you know.’ I think that must have been what I was thinking.”

Her Oscar speech remains one of the greatest of all-time, not only for its wit, dignity and class but also for the emotional way she thanked and signed for her deaf parents at the end.

To rapturous applause, she said: “Well, it looks like you all hated me so much that you’ve given me this award for it, and I’m loving every minute of it. And all I can say is I’ve loved being hated by you. I’d like to thank Fred Roos for remembering me, Milos Forman for choosing me, Michael Douglas and Saul Zaentz for taking a chance and giving me a chance, and Jack Nicholson and a cast of actors whose professionalism, humour and capacity for getting into their roles made being in a mental institution like being in a mental institution.”

When she won the Oscar, alongside the BAFTA and Golden Globe, she was already 42, an anomaly as a leading lady in Hollywood both for her age and her 5’10 height. 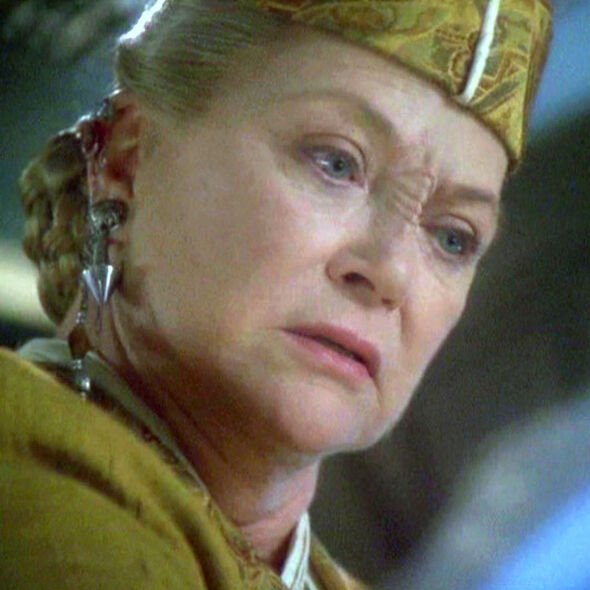 Fletcher’s film career never hit such heights again but she worked constantly for the next three decades. She later admitted she regretted turning down the role of Carrie’s mother in Brian de Palma’s iconic horror the following year, choosing to make Exorcist II: The Heretic, which was a catastrophic bomb.

However, she later said: “I was offered a lot of villains after Nurse Ratched and I played a lot of them, because you have to work.”

She found a whole new fan base in teh 1990s playing religious leader Kai Winn in the Star Trek series Deep Space Nine. Continuing to reinvent herself she took the outrageous role of Frank Gallagher’s foul-mouthed criminal mother Peggy in the US version of Shameless.

Fletcher died at her home in Montdurausse, France, on September 23. A career spanning seven decades can still be summed up by that famous Oscar speech. She spoke and signed to her parents, fighting tears as she told them: “I want to say thank you for teaching me to have a dream. You are seeing my dream come true. Thank you.”