Mae West is fourth-billed in her film debut, the 1932 melodrama “Night After Night,” and she doesn’t appear until the 37-minute mark. But it’s an unforgettable entrance. We first hear her whiskey-soaked voice purring, from behind a wall of ogling men, “Now why don’t you guys be good and go home to your wives?” The men part like the Red Sea to reveal the blonde bombshell, poured immaculately into her gown and sparkling with jewelry.

Within her first minute onscreen, she has tossed off one of her signature lines, as a coat check girl coos, “Goodness, what beautiful diamonds,” and West replies, slyly, “Goodness had nothin’ to do with it, dearie!” West didn’t just take over the movie — she took over the movies, period.

In recent years, film historians, archivists and programmers have cast a long overdue spotlight on the earliest female auteurs, resulting in such indispensable efforts as the “Pioneers: First Women Filmmakers” box set from Kino Lorber; the documentary “Be Natural: The Untold Story of Alice Guy-Blaché”; and fresh releases and reappraisals of works by Ida Lupino, Lois Weber and Dorothy Arzner. But West is rarely mentioned among those groundbreakers, still regarded solely (alongside contemporaries like the Marx Brothers and her onetime co-star W.C. Fields) as a comedian, starring in entertaining if interchangeable roughhouse Paramount comedies of the 1930s. 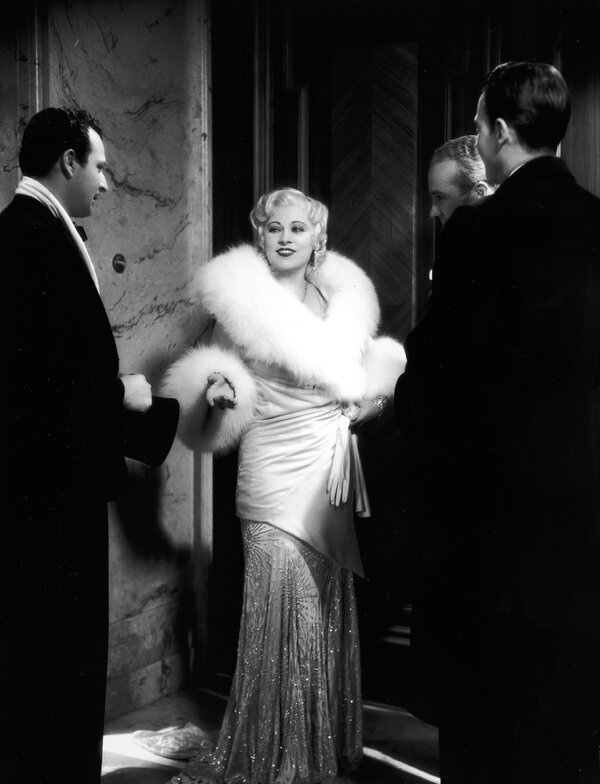 The simplest explanation for this exclusion is that West did not direct her own pictures. But she wrote them, often adapting her own plays, a rarity among female performers of the era. And while marquee directors helmed her films (including Leo McCarey, Henry Hathaway and Raoul Walsh), none put their personal stamp on them as she did. A close examination of her first nine films, all released between 1932 and 1940 (and all newly available on Blu-ray, via KL Studio Classics) reveals recurring themes and concerns beyond even the considerable achievement of creating and cultivating her iconic comic persona.

In “I’m No Angel” (1933), West is advertised as a “Marvel of the Age,” and that’s as good a description as any. Born Mary Jane West in Brooklyn, daughter of a prizefighter turned private investigator, she began performing in talent competitions as a child and hit the vaudeville stage in her early teens, eventually graduating to burlesque shows and Broadway revues. But West’s career didn’t take off until she began writing, producing and directing her own Broadway vehicles: lurid comic melodramas with attention-grabbing titles like “Pleasure Man,” “The Constant Sinner” and, simply and most memorably, “Sex.”

West was pushing 40 when she made that memorable debut in “Night After Night,” and she came to the screen with her comic personality fully intact. Her first starring vehicle, “She Done Him Wrong,” was based on her Broadway hit “Diamond Lil.” It paired her with a handsome young unknown named Cary Grant, with whom she re-teamed for “I’m No Angel” later that year. Alas, the year in question was 1933, the final stretch of Hollywood’s pre-Code era, so named because of the still-scant enforcement the Hays Code, which was intended as a strict set of moral guidelines — for characters in motion pictures and for the actors who played them.

Indeed, “She Done Him Wrong” and “I’m No Angel” could only have been made — and Mae West, thus, could only have become a star — in the pre-Code era. The women she played were not just sexually independent; they were sexually voracious, unapologetic in their appetites (and their forthrightness about them). Such women were otherwise uncommon onscreen in the 1930s, and frankly, are still far from the norm.

She got away with it (for a time) by wrapping her sexuality in a comic character. But when enforcement of the Code cranked up in 1934, West — whose two 1933 films were among the year’s biggest hits — topped the list of targets, and her screenplays were subjected to such scrutiny that her persona was all but defanged. Even slicing her dialogue couldn’t “clean up” a West picture, though; she had merely to wrap her suggestive voice around a line or to insert a little moan or a suggestive eye roll to make the most innocent piece of dialogue sound filthy.

Still, her scripts were never mere clotheslines on which to hang her double entendres. They were snapshots of life on the fringes, where she herself had dwelled: Bowery bars, vaudeville stages and carnivals, filled with gangsters, boxers and drunks. Perhaps because of her proximity to these worlds, she conveys a palpable affection for lowlifes, eccentrics and outcasts. No one thinks of Mae West as a purveyor of social realism, but perhaps people should. Is “I’m No Angel” less worthy of esteem than a social realist drama like “Dead End” simply because it has more laughs?

Moreover, the personal preoccupations of her work, easily overlooked at the time, become apparent when viewing the films as a whole. Over and over again, West plays an outsider trying, and often failing, to fit in. Her characters are objects of derision, frequently from local women, hypocritical cops or corrupt politicians, who look down on her because she’s in show business, or because she’s a nouveau riche, or (most of all) because she’s sexual. Whatever the reason, she does not “belong.”

Yet, Hays Code or no, women who not only survived as outsiders but thrived remained the central motif of West’s work. It has taken decades for mainstream cinema to catch up with what she was doing in the early 1930s, and while there are scores of possible explanations for West’s current exclusion from the canon, it is entirely possible that they’re the same now as they ever were: that she was a comedian, that she was overtly sexual, that she was fundamentally disreputable. It’s quite possible she’ll forever remain a gate-crasher.

On one hand, that’s a shame. On the other, she probably wouldn’t have it any other way.