Kate Winslet stars as the bedraggled Philadelphia detective Mare Sheehan in the brand new crime drama, Mare of Easttown. As the gripping thriller unfolds on HBO and Sky Atlantic, some observant viewers have already compiled a list of clues that could lead to the murderer of young mother, Erin McMenamin (played by Cailee Spaeny).

As local high school hero and troubled cop Mare Sheehan (Kate Winslet) struggles with a crumbling family life, her hometown is hit with another mysterious killing.

By the end of the series premiere, teen mum Erin has been killed following a violent confrontation with ex-boyfriend Dylan (Jack Mulhern) and his new girlfriend, Brianna (Mackenzie Lansing).

Meanwhile, Mare is called upon to investigate a sinister Peeping Tom whilst struggling with the guilt of her last failed case. 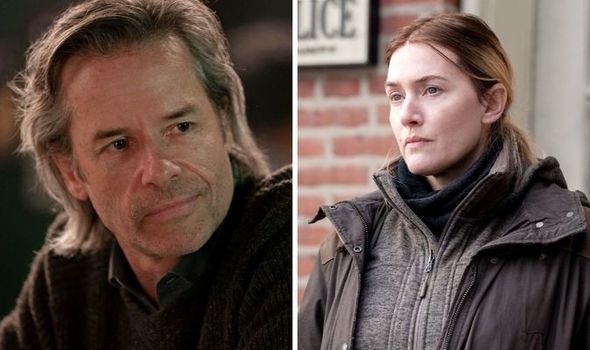 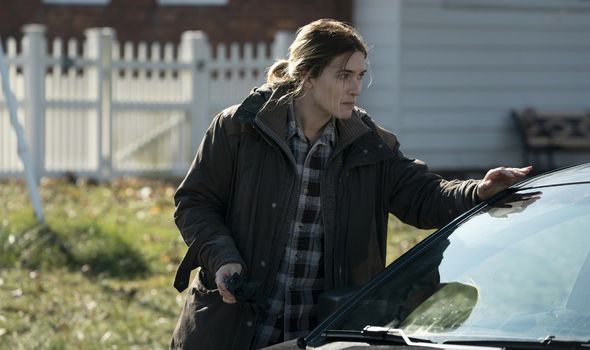 Once the acclaimed drama had set the mystery in motion on Sunday night, viewers raced online to become the first to identify the show’s prime suspects.

Like many murder mysteries that have come before it, a number of fans were convinced the killer had been introduced in Mare of Easttown’s very first episode.

On Reddit, user cguinnesstout posted: “I like these who done it stories and always assume the killer is presented in plain sight in the first episode.”

Popular theories suggest Erin’s ex, and the father of her child, Dylan could have more to do with her murder than previously expected. 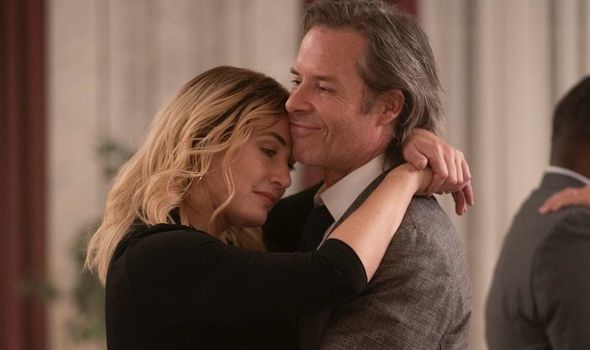 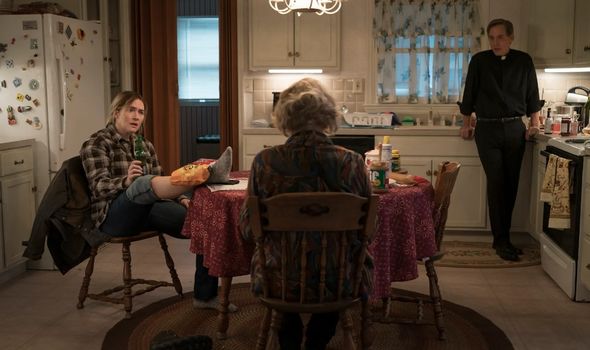 Alternatively, Hollywood leading man Guy Pearce could very well have a chunkier role as the series’ villain after his short but memorable appearance in episode one.

While the jury is still out on whether the murderer and the town’s ‘peeper’ are one and the same, fans agreed that there were certainly some suspicious characters introduced at the top of the series.

One fan replied: “I have a feeling her cousin (the priest) is not what he seems.”

Near the start of the episode, Mare returns home to learn some distressing news; her ex-husband Frank (David Denman) is engaged to his new girlfriend.

Mare discovers that her mother, Helen (Jean Smart) has been hiding the news for three weeks, and her cousin, Father Dan Hastings (Neal Huff), was also in on the secret.

Father Dan, an awkward yet wise-cracking whiskey drinker, only pops in for a few short minutes, though this viewer seemed convinced he could be hiding something.

They added: “He could be the peeper? He is kinda out of place [sic].”

Meanwhile, others suggested Mare could have made the right decision in divorcing her ex-husband, Frank.

“Seems like someone who has a hidden dark side,” mused another viewer.

“Probably the real father of Erin’s baby. That’s the secret she told her friend.”

Could Frank have killed poor Erin out of fear his secret philandering could get exposed? Fans will just have to tune in on Sunday to find out the answers.