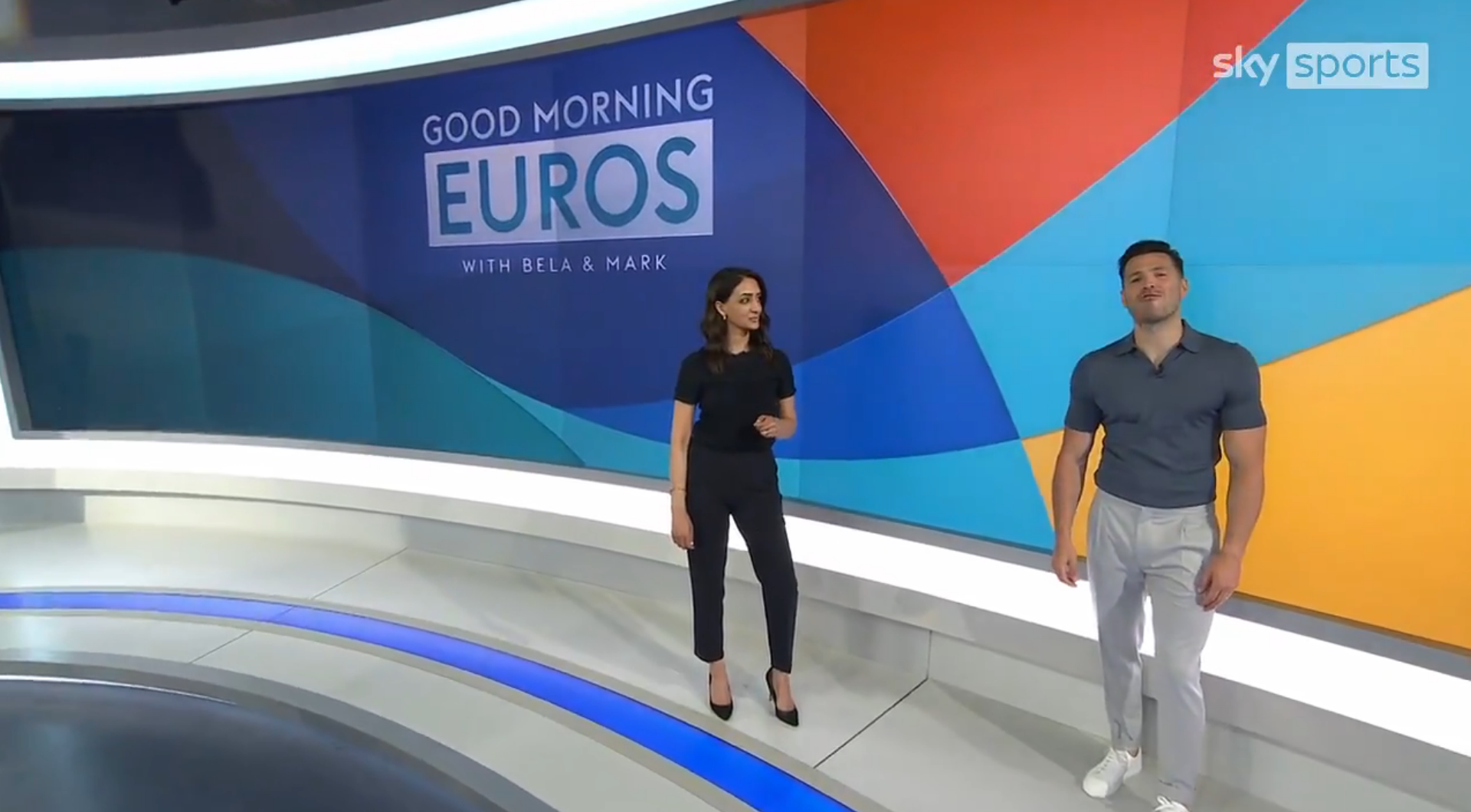 The former Towie star has moved into TV presenting since leaving the reality TV show – via professional football – and his new gig is a big one.

The pair were joined on the programme by singer Olly Murs who picked his ideal England line-up to take on Croatia on Sunday.

They took a moment to reminisce about taking part in Soccer Aid with Mark confessing that the football players take it more seriously than the celebs.

Mark revealed: ‘I said to John Terry last year, “Do you wanna win this? Does this mean something to you?” and he said, “Do I wanna win it? If we lose I’m gonna be annoyed for a week.”‘

Olly replied: ‘I remember being in the dressing room and Martin Keown coming in, this was years ago, and he was like, “Right! You do this, you do that!” and I was like, “Alright it’s just a charity match! Why are you shouting at me?”

‘I remember Jamie Carragher doing the same, this year we’ve got Gary Neville doing it as well so as you say, the pros do take it seriously. And we do too.’