The Mayans MC season 3 finale is almost here. And it looks like EZ Reyes (JD Pardo) is setting himself up for more pain and heartbreak. Can the lead character of the Sons of Anarchy spinoff avoid going down the same doomed road as Jax Teller (Charlie Hunnam)? 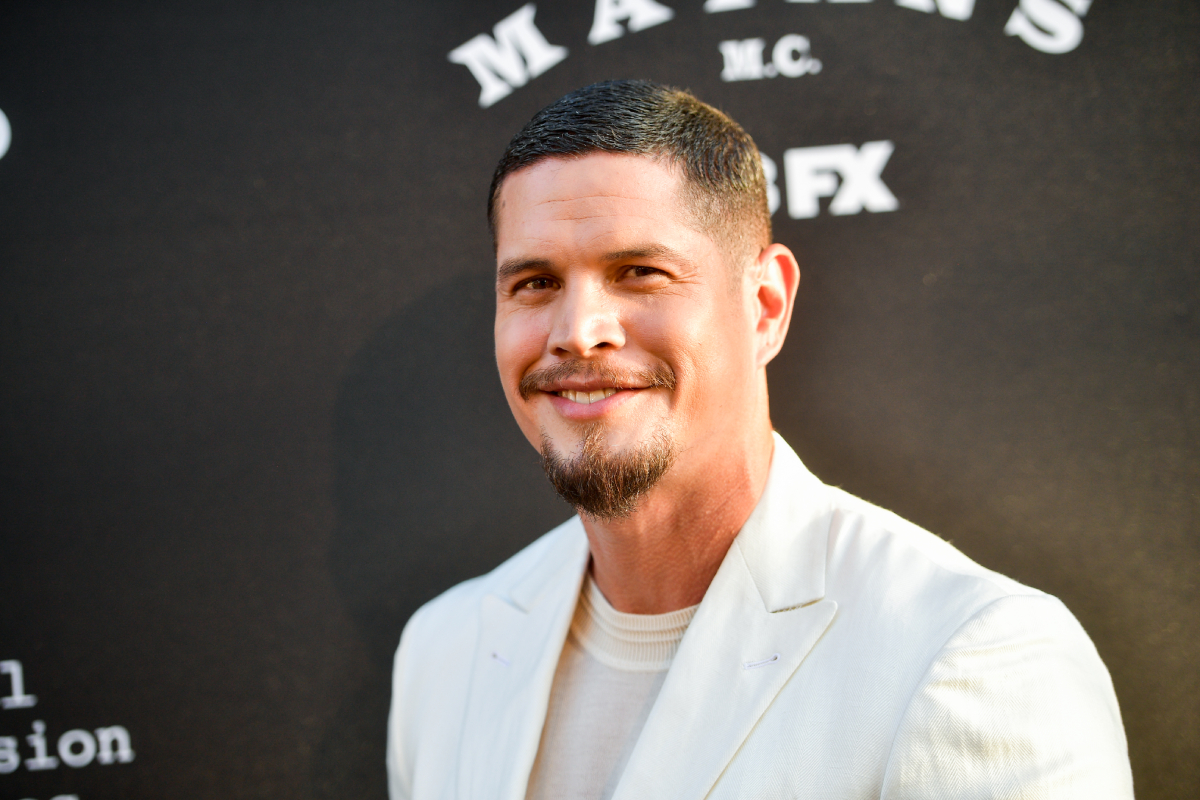 The penultimate episode of season 3 — titled “The House of Death Floats By” — began with EZ in jail after he assaulted two men who were harassing Gaby (Sulem Calderon). He was quickly let out, and EZ later showed up at Felipe Reyes’ butcher shop.

That’s when an irate Felipe started interrogating his son over the confrontation, wanting to know why he had accidentally hit Gaby. To explain his actions, EZ says he’s always felt like he’s about to be swallowed up by something.

“Pop, I spent my whole life trying to lock it away, but now the things I’ve got to do for the club, the things that I’ve done […] Gaby, she feels like a lifeline. I can’t lose her, Pop,” EZ says.

Gaby tried to end the relationship

When EZ goes to find Gaby at her house, she initially pretends like she isn’t there. But as EZ starts to walk away, she comes out to talk about what happened the night before. EZ tries to get close to her and apologize, while she acknowledges it was an accident.

“Last night had nothing to do with me. I asked you to stop, EZ. […] Don’t say you did it for me. I couldn’t live with that,” Gaby tells him.

Gaby then proceeded to open up about the violence she’s faced in her life. She tells EZ she never wants to experience it again. That’s when she tells him that she wants to break up, and she’s leaving for Lodi and nursing school.

Will EZ choose the club or Gaby on ‘Mayans MC’?

By the end of the episode, EZ finds Gaby and tells her that he’s going with her to Lodi. He’s choosing her over the club, and he has to leave town before Miguel’s men reach him. The Mayans have become EZ’s life, but he’s questioning if that’s really a good thing.

As CarterMatt points out, EZ is questioning every single part of his life at this point. He’s seemingly setting himself up for more heartbreak. The question is: can EZ avoid going down the same doomed road as Jax Teller?

In the season finale — an episode titled “Chapter the Last, Nothing More to Write” — fans will hopefully get some answers.

In the synopsis for Season 3, Episode 10, Mayans MC isn’t giving fans anything to go on when it comes to EZ’s fate. But we do know that the final episode of the season will see Bishop attempt to go through with his plan.

“Bishop pulls the trigger on his plan to become the sole king,” the synopsis reads.

While that’s not the most exciting episode description, the promo for the season 3 finale definitely brings the excitement. The episode was written and directed by showrunner Elgin James, but he’s not giving anything away either.

‘Mayans MC’ has been renewed for season 4

No matter what ends up going down in the season 3 finale, fans don’t have to worry about whether or not the story will continue. FX has already announced that they have renewed Mayans MC for another season.

“In season 4 we look forward to diving deeper into each character’s truths, exploring the danger of the combustible world they inhabit, and for each writer, cast member and crew to stake out our place as storytellers,” James said.

The season 3 finale of Mayans MC airs Tuesday, May 11 on FX. All episodes are available on Hulu.