Scarlett Johansson is one of the most popular and well-paid actresses in Hollywood. Although she’s had a long and successful career, her fame really exploded when she became Black Widow in the Marvel movies.

Now, not only is she rich and famous, but she also gets to play a beloved character in Marvel movies. And, because she’s playing a superhero, she gets to do some high-intensity stuff.

Here’s a look at the time when Scarlett Johansson did motorcycle stunts while being pregnant. 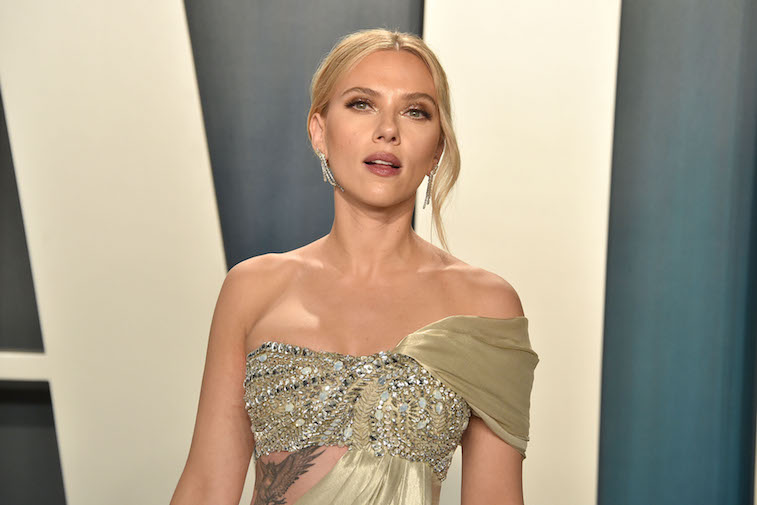 Johansson’s career in Hollywood started in 1994, but it didn’t really take off until she starred in the 2001 cult classic Ghost World. After that, it didn’t take long before she starred in another great movie, Lost in Translation. From these two movies, she showed Hollywood that not only could she act, but she’d do a great job at it.

She continued making great movies, sometimes big-budget movies, other times, small budget movies, until 2010, when she was cast as Natasha Romanoff, or Black Widow, in Iron Man 2.

With this role and the job security that it afforded her, her career exploded. She starred in movies of different genres, by different directors, and with different budgets. She was free to explore and she really explored the options that were available to her.

But, the job security of working for Marvel has a price. The movies have to come out in a certain order, so Marvel doesn’t like delaying them. So, even though Johansson was pregnant while filming Avengers: Age of Ultron, she still clocked in to film her scenes, even when her scenes involved riding motorcycles.

Black Widow is one of the few superheroes in the Marvel movies that are more human than super. Black Widow doesn’t have any superpowers or anything, but she’s able to do her job really well, and that’s how she’s able to handle fighting galactic supervillains like Thanos.

Like Iron Man, one of the reasons why she’s able to do her job so well is because she has access to some great tools.

One of those tools is an advanced motorcycle, well, in the movies at least. In real life, she rode an electric Harley-Davidson bike that wasn’t on the market until now. While that bike is cool and advanced for regular people, it’s not that advanced for a superhero.

That’s why, as People reported, even though she did do all her motorcycle stunts while she was pregnant, there wasn’t actually much stunt driving involved. She’s smart and so is Marvel, so the motorcycle riding had to be safe, first and foremost.

That’s how she was able to safely do all of her stunts, since all she needed to do was sit on, what she described as, “a mechanical-bull type of motorcycle,” and act as if she was doing the stunts. The CGI team did the rest.

While that doesn’t sound as exciting as riding a motorcycle for real, it looked great in the movie, and that’s what matters at the end of the day. And, on top of that, despite her character being dead thanks to the events of Avengers: Endgame, Johansson is starring as Black Widow in the very next Marvel movie.

‘Black Widow,’ is going to be a prequel movie, so she’s not coming back from the dead or anything. It’s just a movie set in the past. And, while it was supposed to premiere in May 2020, due to the coronavirus pandemic, Marvel has moved its release date to November 6th, 2020.

Hopefully, it will have more awesome stunts that will leave audiences in awe once again.