The pair gave fans a very spicy show as they attended last night’s Billboard Awards, kissing in front of cameras with Megan in a sizzling cut-out dress. 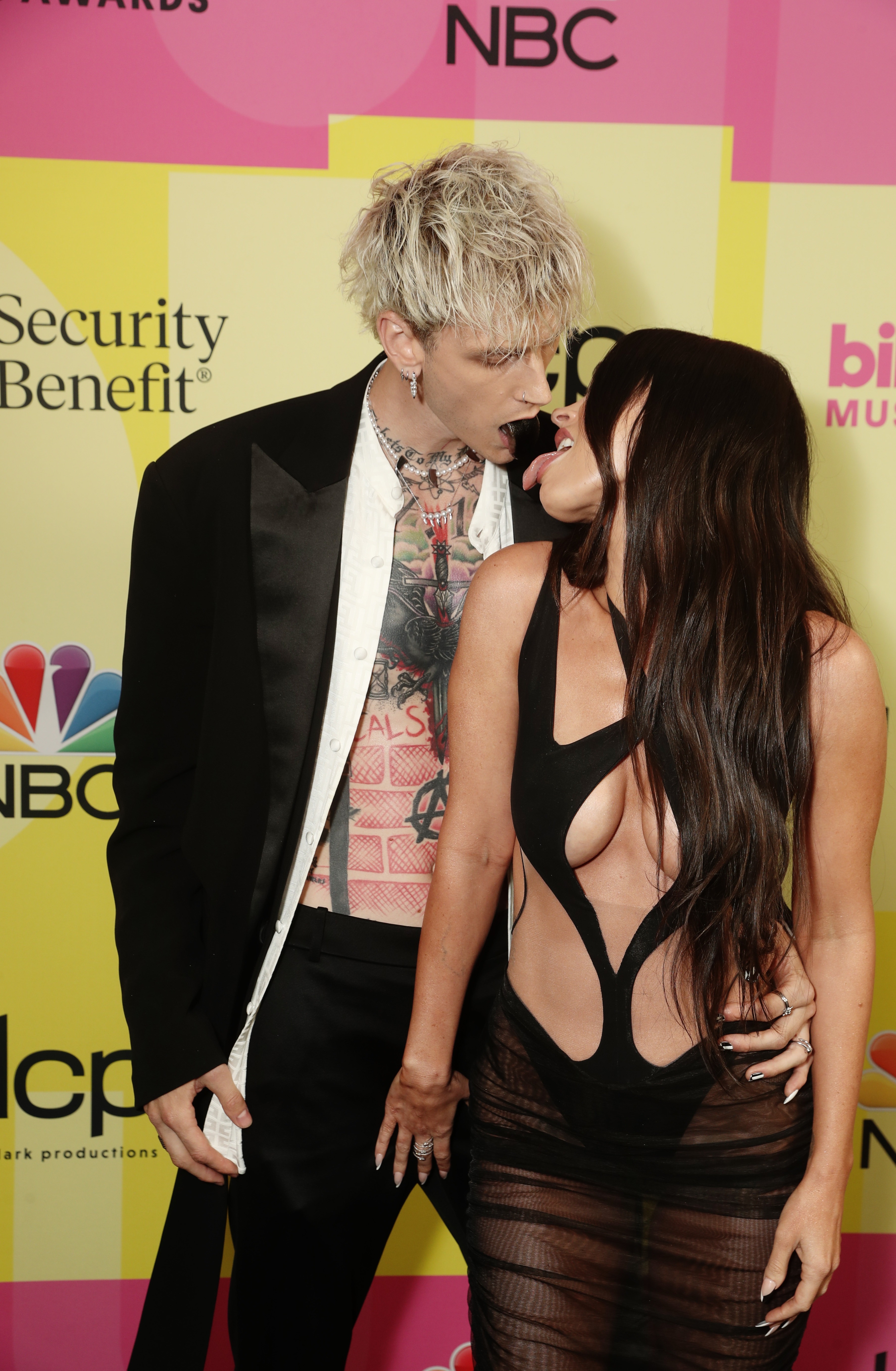 The actress, 35, made sure all eyes were on them as they arrived at the Microsoft Theatre in Los Angeles for the star studded bash.

And it seems Machine Gun Kelly – real name Colson Baker – appreciated her daring look as he couldn’t keep his hands off her.

Megan reciprocated his attention by grabbing his crotch, creating the most explicit arrival of the evening. 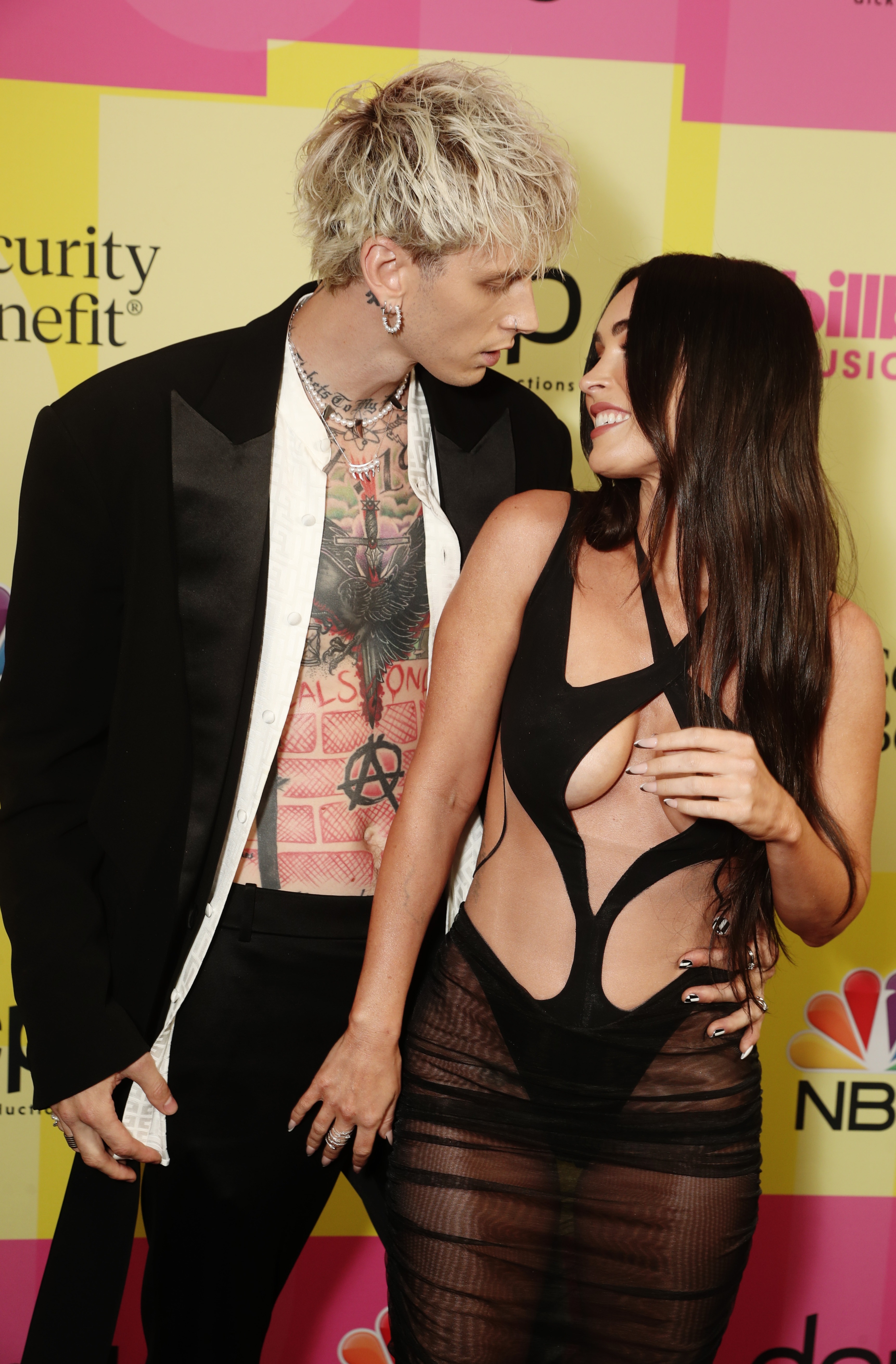 While the star wowed in her barely there dress, the singer, 31, stood out as he had painted his tongue black for the occasion.

It was a joyous night all round for the couple, as Colson ended up taking home the award for the Top Rock Artist, which he celebrated with a passionate kiss.

The Transformers actress and the musician first set tongues-wagging about their romance after her split with husband Brian Austin Green, 47. 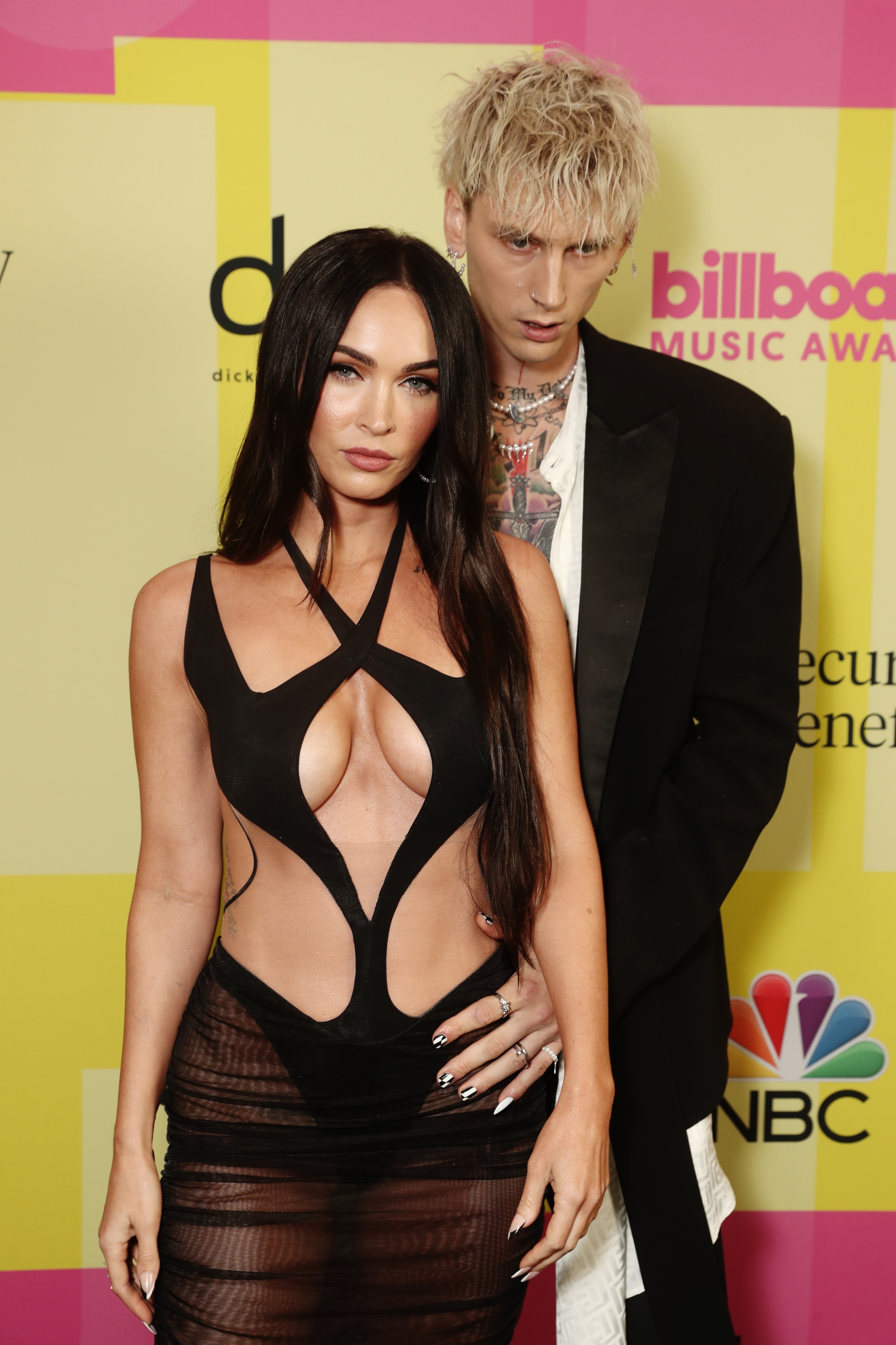 Brian and Megan tied the knot in 2004 before announcing their split in May 2020.

After announcing her split, Megan moved on with Colson, who she met while filming for Midnight in the Switchgrass. 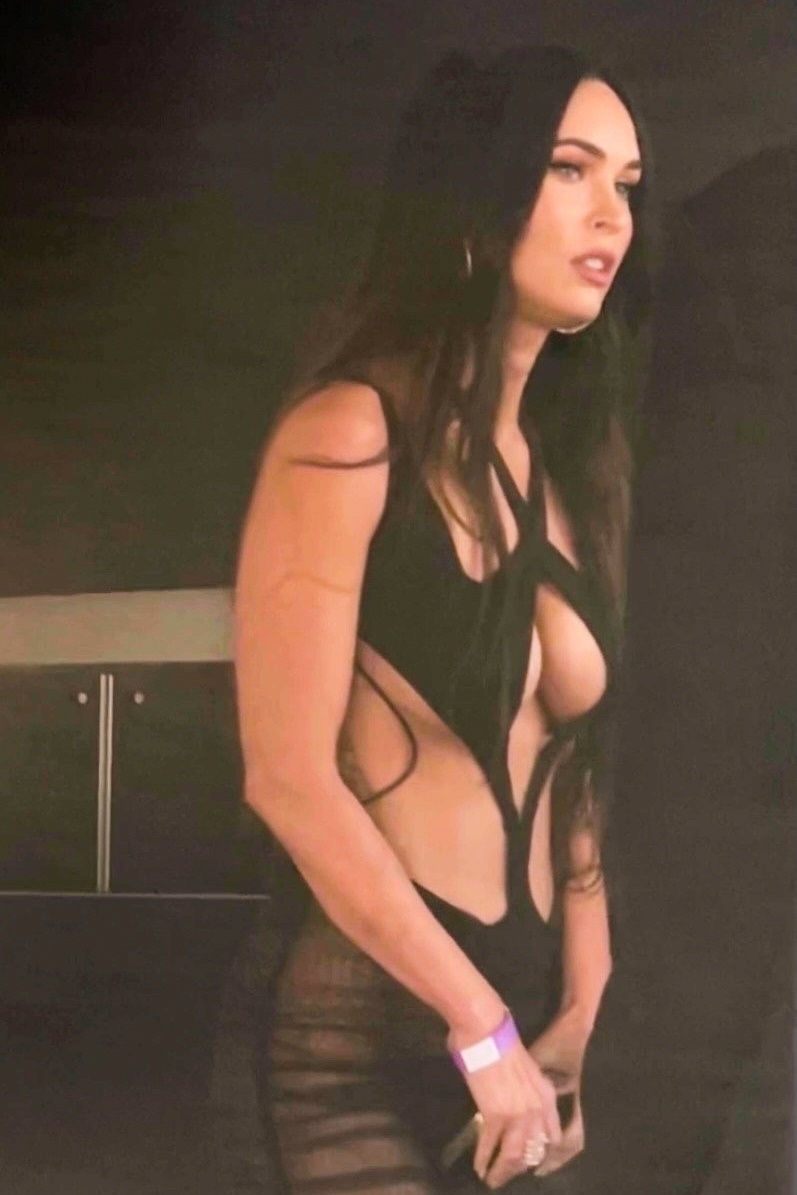 Megan showed how serious she was about their romance when she gave him a vial of her blood while filming abroad.

Speaking about their romance, Megan revealed they had a connection and that he was a “twin flame”.She explained on Lala Kent's podcast: “Instead of a soul mate, a twin flame is actually where a soul has ascended into a high enough level that it can be split into two different bodies at the same time. So we're actually two halves of the same soul, I think.”