Michelle Pfeiffer’s performance in Scarface will always be regarded as one of her best. The talented actress was still a relative newcomer at the time but stood her ground across from Al Pacino.

Despite her strong performance, Michelle Pfeiffer, who played Pacino’s wife, Elvira, was actually not supposed to get the role. She only landed it after she sliced Pacino during a screen-test. 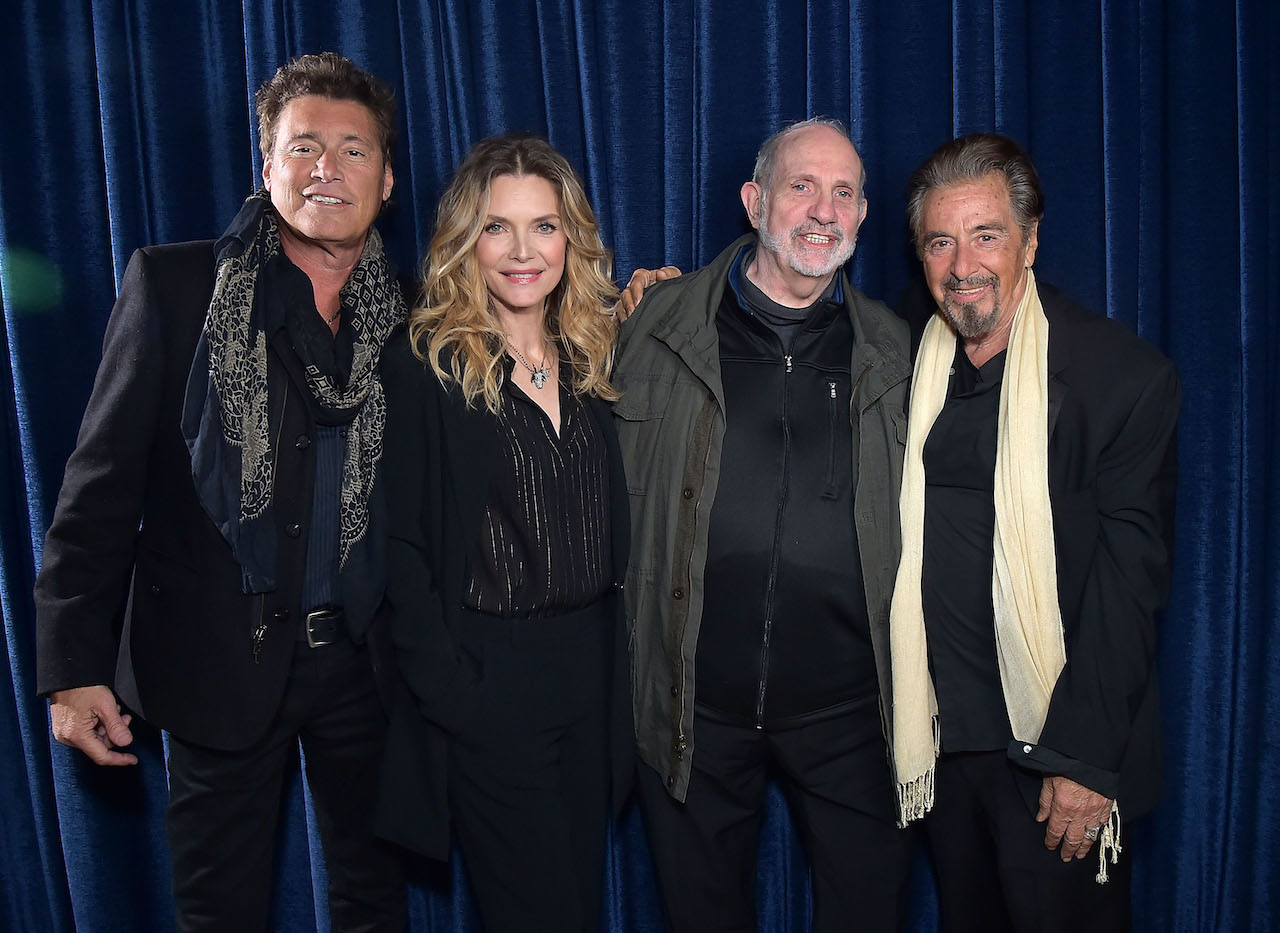 Although they had clear on-screen chemistry in the movie, Al Pacino didn’t initially want Pfeiffer to play the role of Elvira. Pfeiffer revealed the little-known fact during a resurfaced 2017 interview with Jimmy Fallon.

“Well, he was probably more intense back then, or I think maybe it was the nature of the project and he didn’t particularly want me for the part,” Pfeiffer said. “Look, my last credit before that was Grease 2, can you blame him?

Although she was a longshot for the role, Pfeiffer still went to the audition. The process was long and grueling, taking several months.

“It was a very long and drawn-out audition process,” Pfeiffer said. “And there were a number of women auditioning, and it went over a period of about—it seemed like forever, but I think it was about two or three months.”

Pfeiffer was so nervous when she showed up for her audition that she ended up tanking it.

“And I was terrified, I was really young, and I knew he didn’t want me, and as [the audition] went on, the worse I got because I just got so afraid,” Pfeiffer said. “And by the end of it, Brian De Palma was very sweet and he—he was really rooting for me, Brian. And he said, ‘I’m sorry, but you’re just bad now, what’s going on?’”

After her unsatisfactory performance, director Brian De Palma sent her home. However, they called her back in for screen-testing not long after.

“And it was true, and I was like, ‘I know, I know, I’m just like, so up in knots,’” Pfeiffer continued. “And so he’s like ‘It’s not gonna work out, babe,’ right? So I went away, and then about a month later they called and they said, ‘We wanted to screen-test you,’ and I was like, ‘Ugh.’ Because part of me was just relieved to have the torture end. And when they called, I just said, [dramatically] ‘No.’”

During the second go-round, Pfeiffer was completely detached from the outcome of the audition. This gave her a looseness in her performance.

“So anyway, I show up, and I kind of drag myself, and I have, you know, just no feeling at all that I have any shot in hell at getting this so… So it kind of freed me up, you know, and sort of, I wasn’t afraid.”

Feeling a surge of creative freedom, Pfeiffer let loose and went wild during the screen-test. Unfortunately, in all of her rage, she ended up cutting Pacino.

“And I just sort of—I show up and we do the scene, the restaurant scene at the end, where I kind of freak out at the end, and I threw dishes, and everything went flying and I broke things, cut,” Pfeiffer said. “I was in it, and there’s blood everywhere. And everyone comes running over to me, checking me out for blood, where am I cut? They’re not finding anything, there are no cuts on me, I look over and Al is bleeding. I cut Al Pacino. And that’s how I got the part.”