ITV viewers routinely get to enjoy repeats of murder mystery-style drama Midsomer Murders as it continues to air on ITV3 as fans eagerly await new episodes. However, with the show having aired for so long, there are a host of stories from filming the countless seasons. One in particular previously told by John Nettles has come into the spotlight once more, in which he revealed an unfortunate incident by co-star Richard Cant – involving a very expensive car.

John became hugely popular on the programme before bidding the village of Midsomer farewell in 2011.

However, the star had well over a decade in the leading role, meaning he has a long list of anecdotes to divulge to this day.

The show’s first ever episode aired back in 1997 and is now midway through its 21st season.

But it was revealed by John that Richard Cant – who starred in the pilot episode as undertaker Dennis Rainbird – made a major blunder during filming. 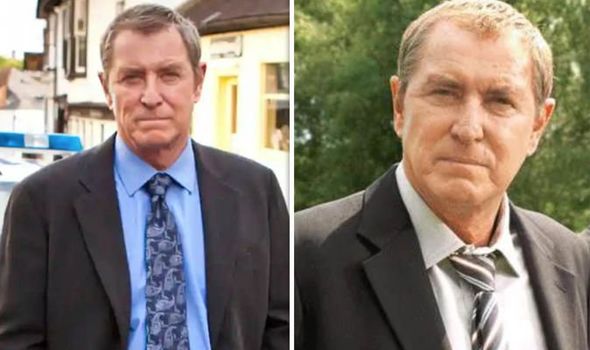 John exposed the error by the actor after he was tasked with taking the wheel of a flashy vehicle.

In an interview with the actor from 2014, he revealed something from the first ever episode which will have surely gone unnoticed by viewers.

He said: “Richard Cant… is a marvellous actor and his character was an undertaker who had a Porsche with the number plate ‘RIP 1’ which he couldn’t drive.

“He couldn’t drive, he was very flashy… but [in the scene] he walks away to his Porsche and he’s supposed to drive off quickly.”

John went on to explain how the cast member managed to pull the scene off, despite the obvious mishap.

He continued: “Well the first attempt, he started the windscreen wipers and the second time he drove backwards out of the shot.

“That was Richard! And finally we pushed it out of the shot,” the star said.

It wasn’t the only episode guest star Richard featured in, coming back in the 2006 story Dead Letters to play his previous character Dennis Rainbird’s cousin, Alistair Gooding.

John has previously spoken about why he made the decision to leave the drama after so long.

He explained: “I never thought when we were filming the pilot The Killings at Badger’s Drift in 1996 that I would go on to film so many episodes.

“I suddenly realised that I’m going to be the oldest detective in the business now that David Jason has thrown off the mantle.

“But it was a very difficult decision to make. I’ll have been doing Midsomer Murders for 14 years by the time Barnaby leaves. I’ve formed familial ties with the people involved in the show and they will be hard to break,” he told The Telegraph.

It was announced back in 2009 the star would be filming two more series’ before departing in 2011 for good.

He was later replaced by Neil Dudgeon who stepped into the role of the detective, playing the cousin of DCI Tom – DCI John Barnaby.

The show’s 21st season began airing earlier this year, however, there is still half the set of episodes left to play out on-screen.

It’s not yet known when episodes three, four, five and six will be broadcast – but hopefully, fans won’t have too long to wait.

Midsomer Murders can be streamed now on the ITV Hub and Britbox.