When we first met Peregrine Fisher in 2019’s “Ms. Fisher’s Modern Murder Mysteries” on AcornTV, she was a little bit at loose ends. Sure, she inherited a sweet house, a sports car, and a knockout wardrobe from her aunt — the indefatigable Phryne Fisher of the cult favorite TV show “Miss Fisher’s Murder Mysteries” — but Peregrine was unsure about taking on her relative’s whole “solving crimes while looking fabulous” thing.

Judging by the trailer for the upcoming second season of the spinoff, Peregrine has come to terms with her new role — and she even has the private detective nameplate to prove it. Below, IndieWire exclusively debuts the trailer, first look photos, and release date for the second season of “Ms. Fisher’s Modern Murder Mysteries.” 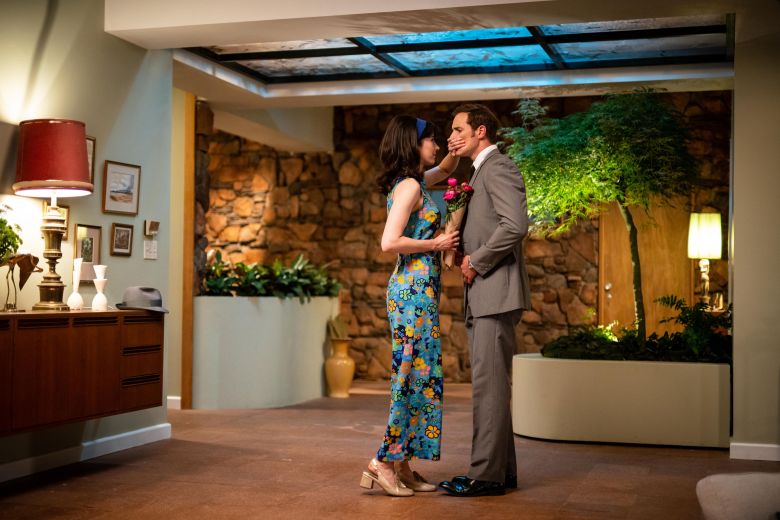 “As murders continue to plague the streets of 1964 Melbourne, daring detective Peregrine Fisher tackles her trickiest assignment yet: juggling her career, the busy life of an Adventuress, and her romance with Detective James Steed (Joel Jackson, Peter Allen: Not the Boy Next Door, Deadline Gallipolli.) Playful but never mocking, exuberant but never naive, Peregrine Fisher continues her mission to do the legacy of her famous aunt justice, to find her way in changing times and to make a difference in the world.”

IndieWire’s B review of the show’s first season noted that: “What makes ‘Ms. Fisher’s Modern Murder Mysteries’ as satisfying as its original incarnation — and keeps it away from the dreaded ‘cozy’ label, redolent of teapots, and elderly tabbies — is that beneath all the glamour is the undercurrent of how women with very little interest in the tedious social expectations of their time handle their systemic dismissal with verve.”

Costume designer Maria Pattison told IndieWire that Peregrine’s first season look was inspired by the era’s so-called Youthquake, a term developed by Vogue editor-in-chief Diana Vreeland in 1965. “When we think of the ‘60s a lot of the time we think about psychedelics and maybe moving into the hippie looks that came into the late ‘60s,” Pattison said. “But 1964 [when the series takes place] was quite early on. Certainly Jackie O was a great influence there.”

The second season of “Ms. Fisher’s Modern Murder Mysteries” will premiere on AcornTV on June 7.