OCTOMOM Nadya Suleman served up a dinner of vegan treats with a side order of sanctimony, on Wednesday.

The mother-of-14 shared an Instagram post as she bought fruit and veg at the supermarket, as she ranted about the downsides of eating meat. 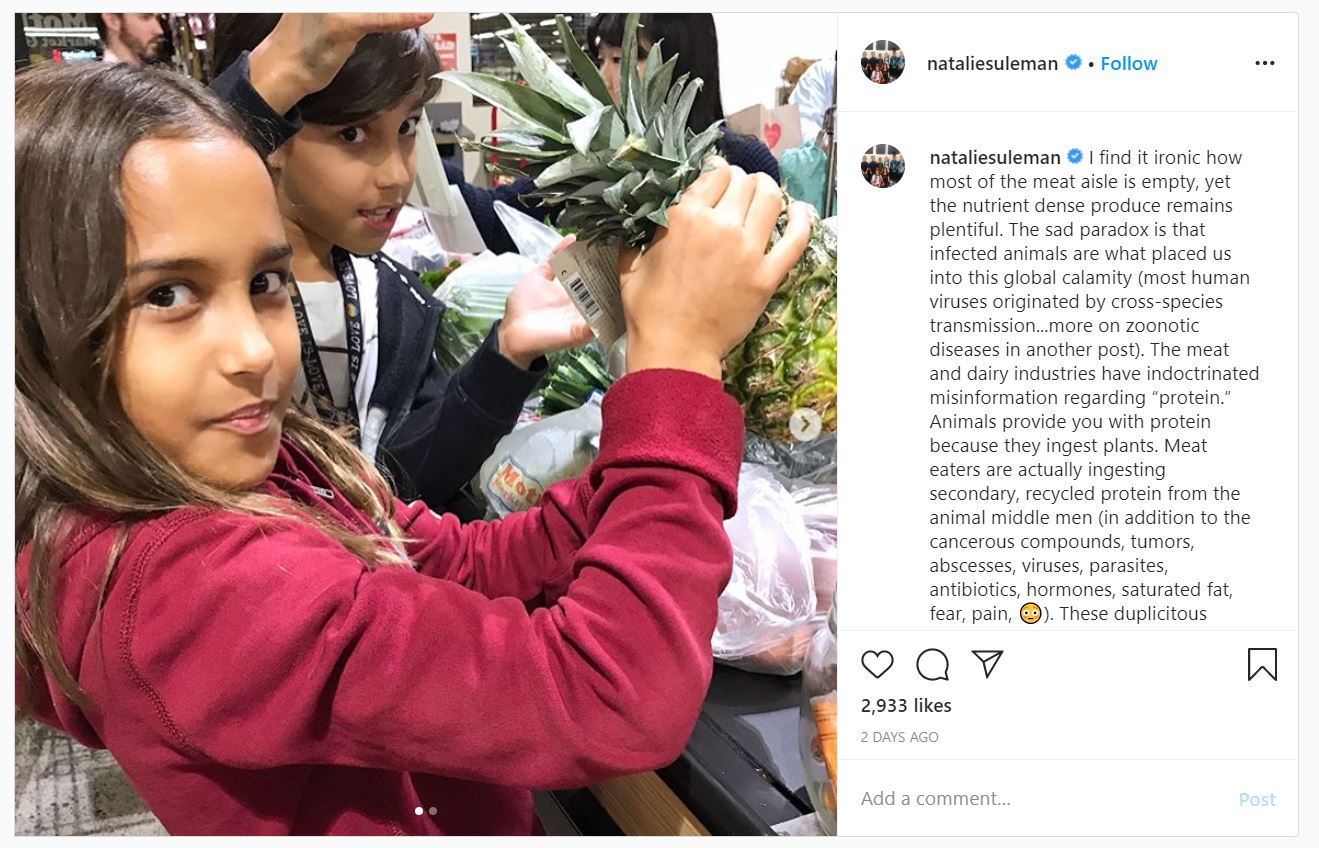 Suleman posted the picture which showed two of her children at the check out – neither of whom were wearing mask or gloves, despite the order in place in the state of California, where she lives, to wear masks in public places.

She captioned, "I find it ironic how most of the meat aisle is empty, yet the nutrient dense produce remains plentiful. The sad paradox is that infected animals are what placed us into this global calamity (most human viruses originated by cross-species transmission…more on zoonotic diseases in another post).

"The meat and dairy industries have indoctrinated misinformation regarding 'protein.' Animals provide you with protein because they ingest plants." 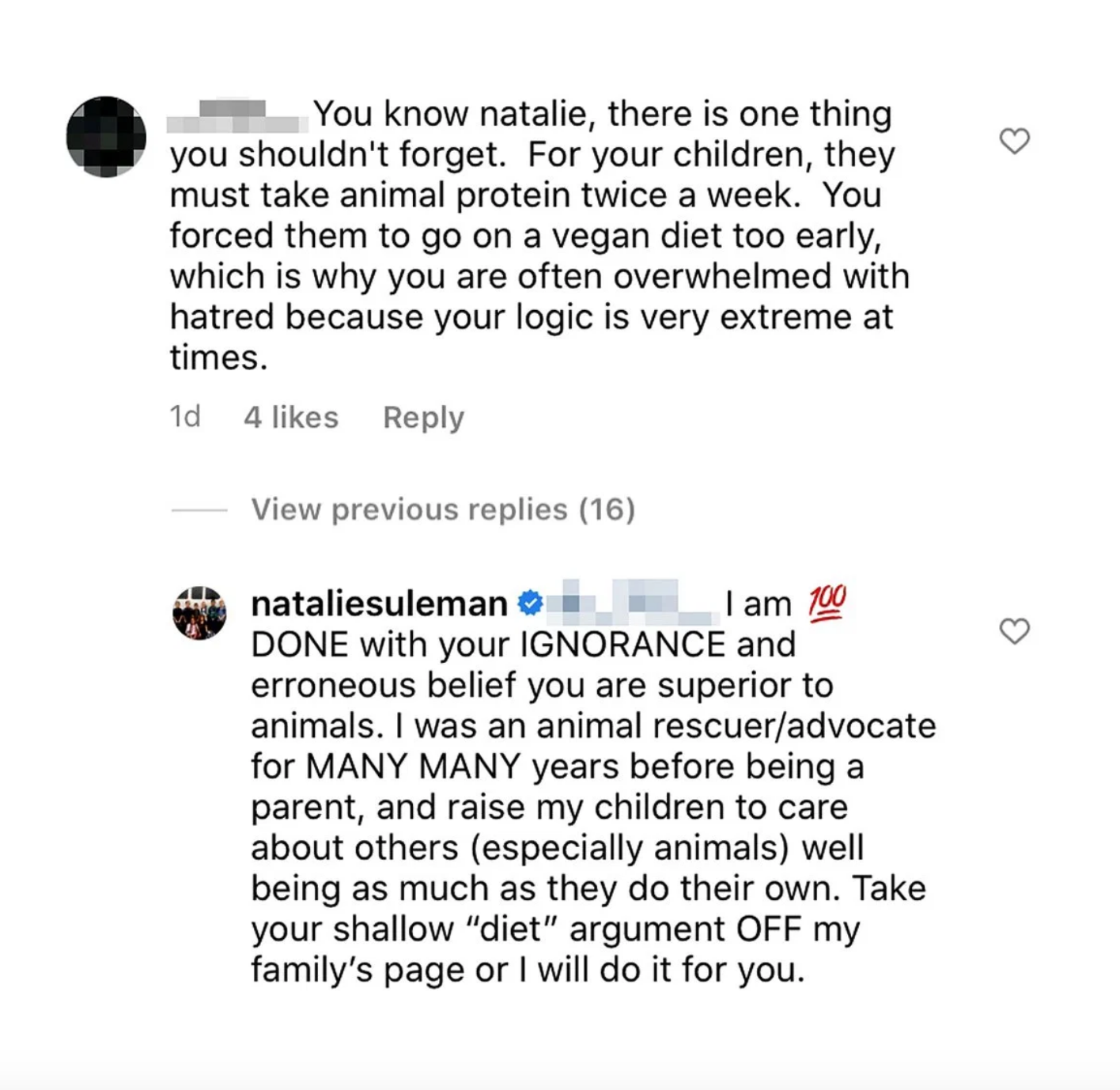 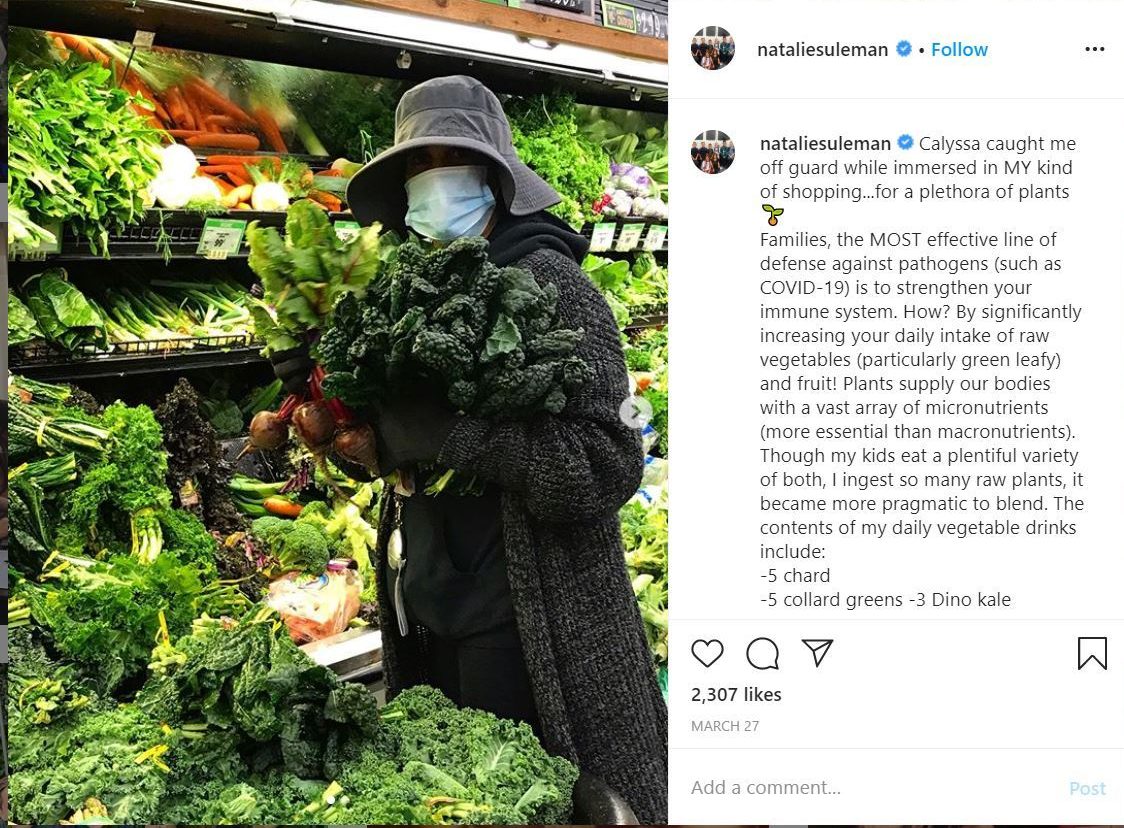 "These duplicitous industries do not want you to know meat and dairy CAUSE inflammation, cancer, arteriosclerosis, heart disease (number one killer in my country), late onset diabetes, obesity (another epidemic), Alzheimer’s, erectile dysfunction, etc.

She continued her rant: "The meat industries utilize effective marketing strategies to make you believe you need animal protein to be strong and healthy. Some of the strongest animals on earth (The Rhino and Ox) ingest only plants. 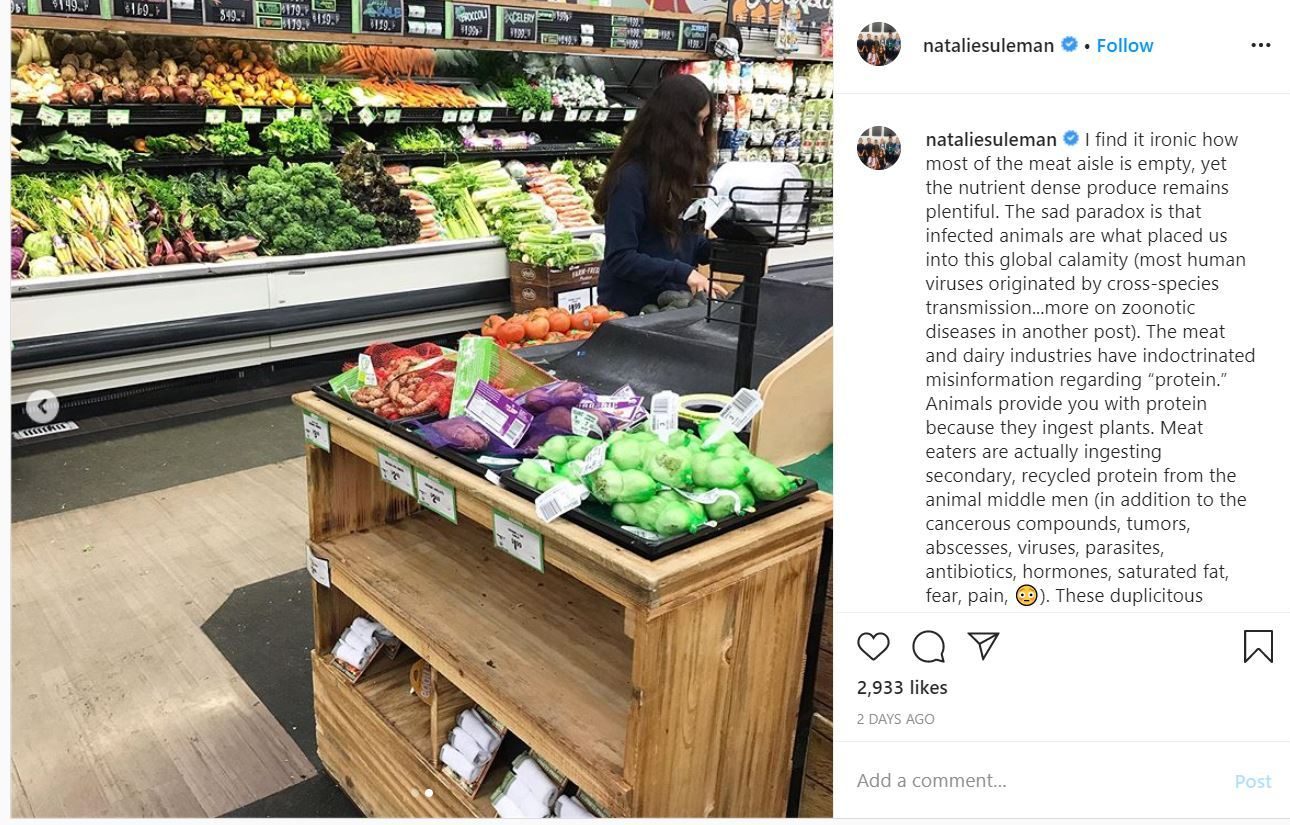 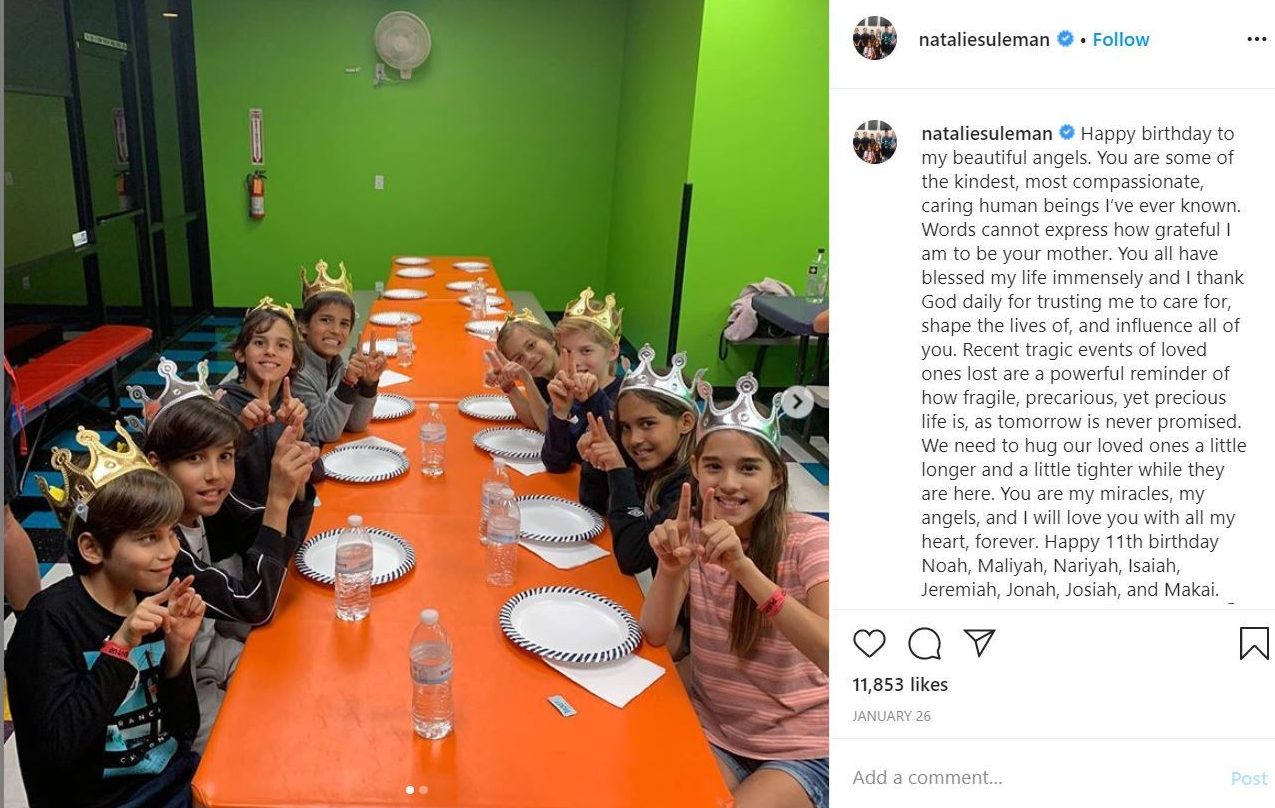 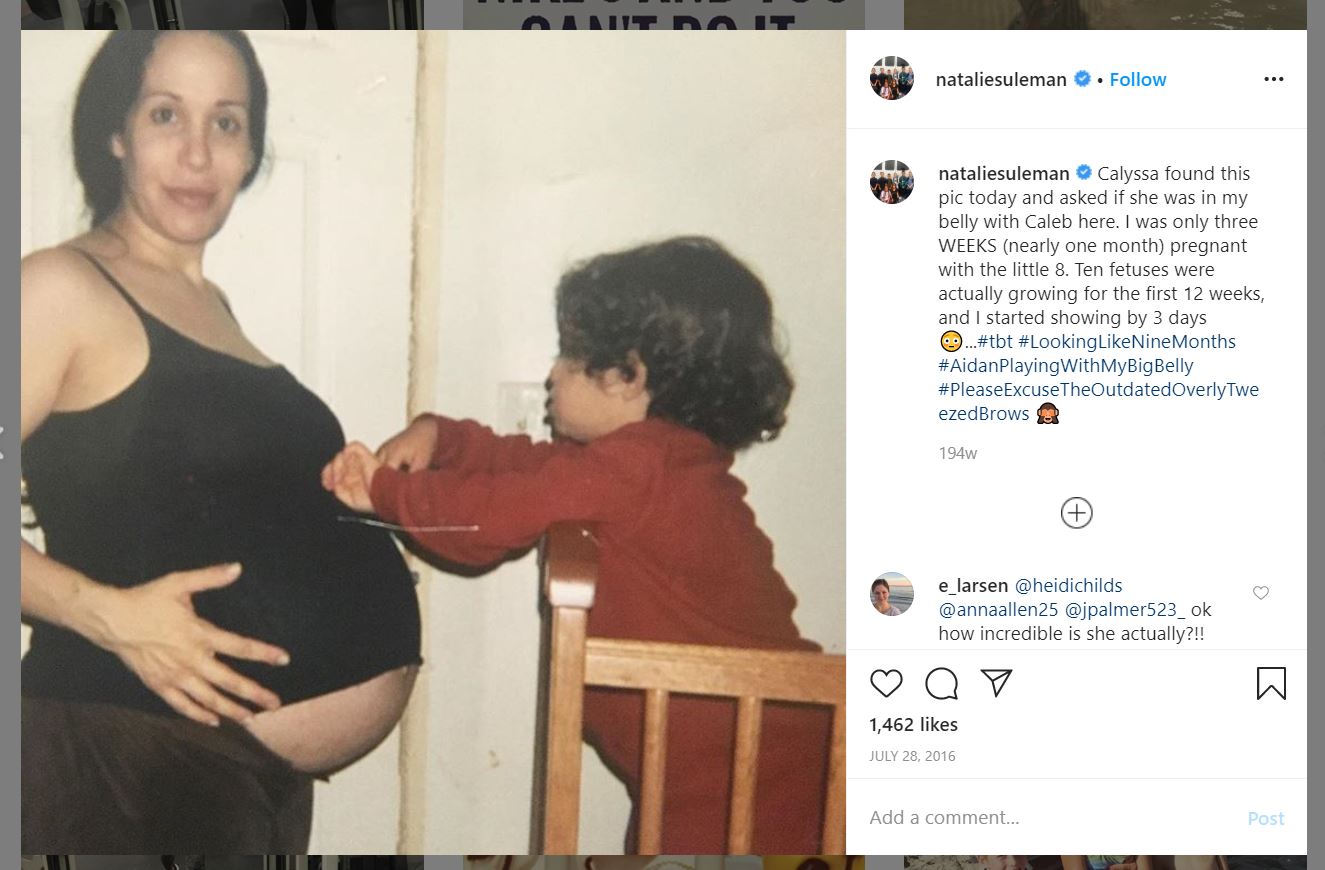 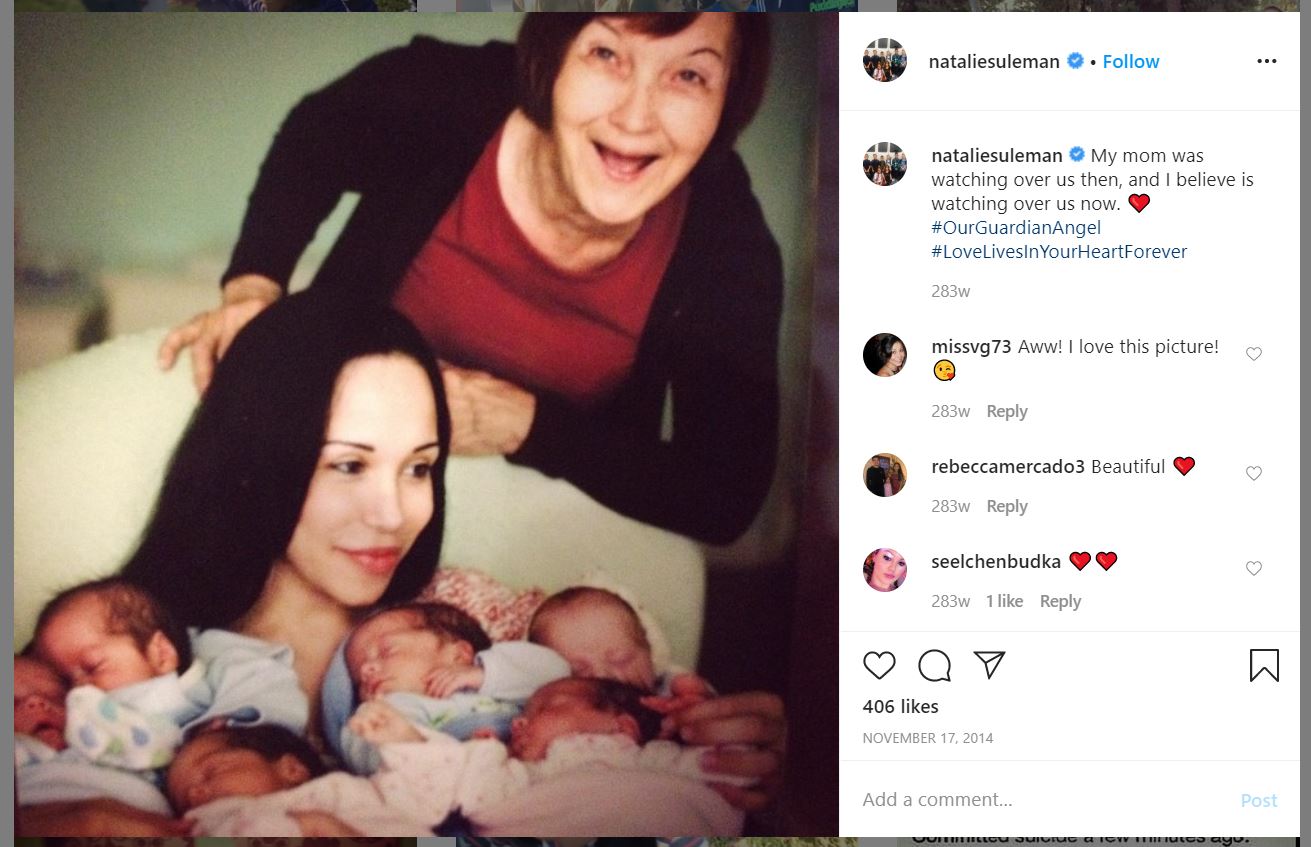 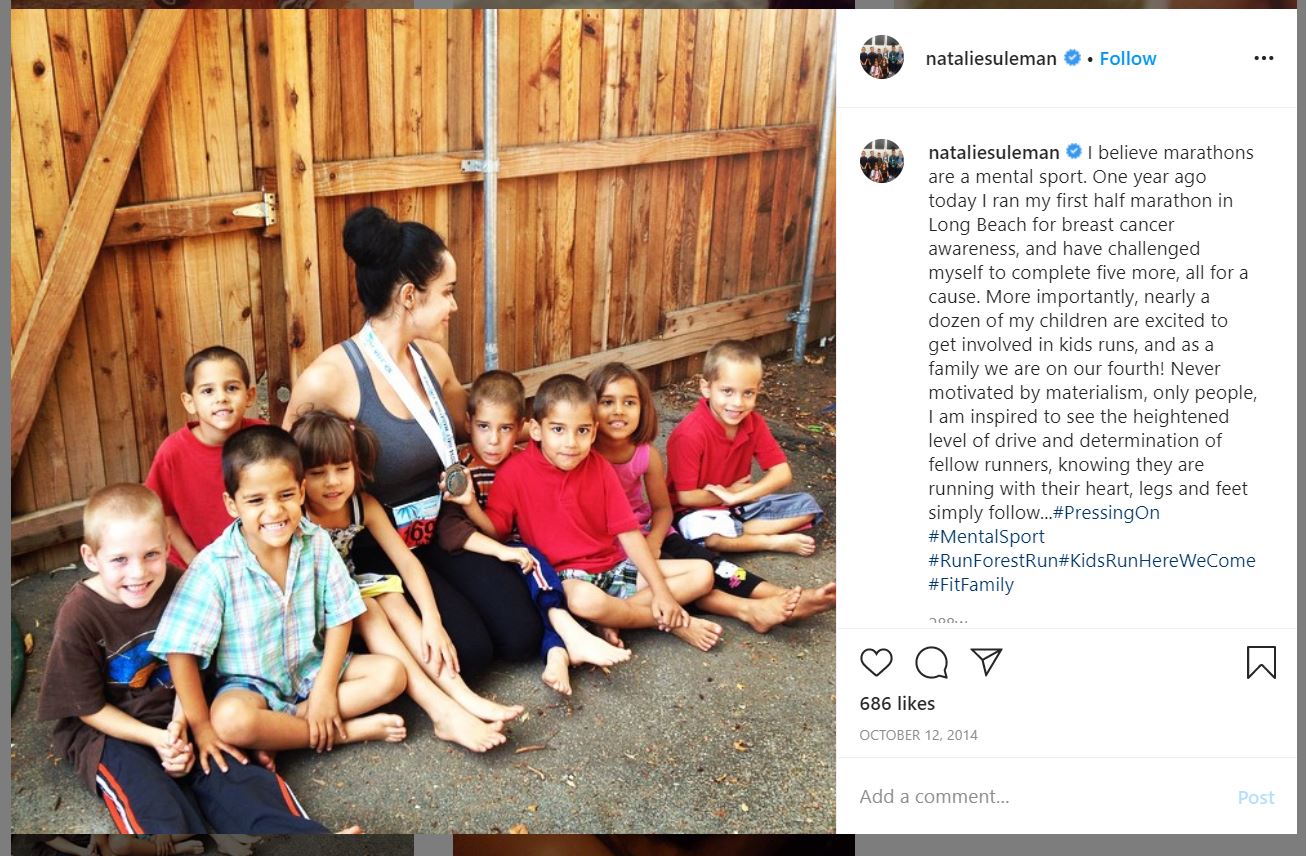 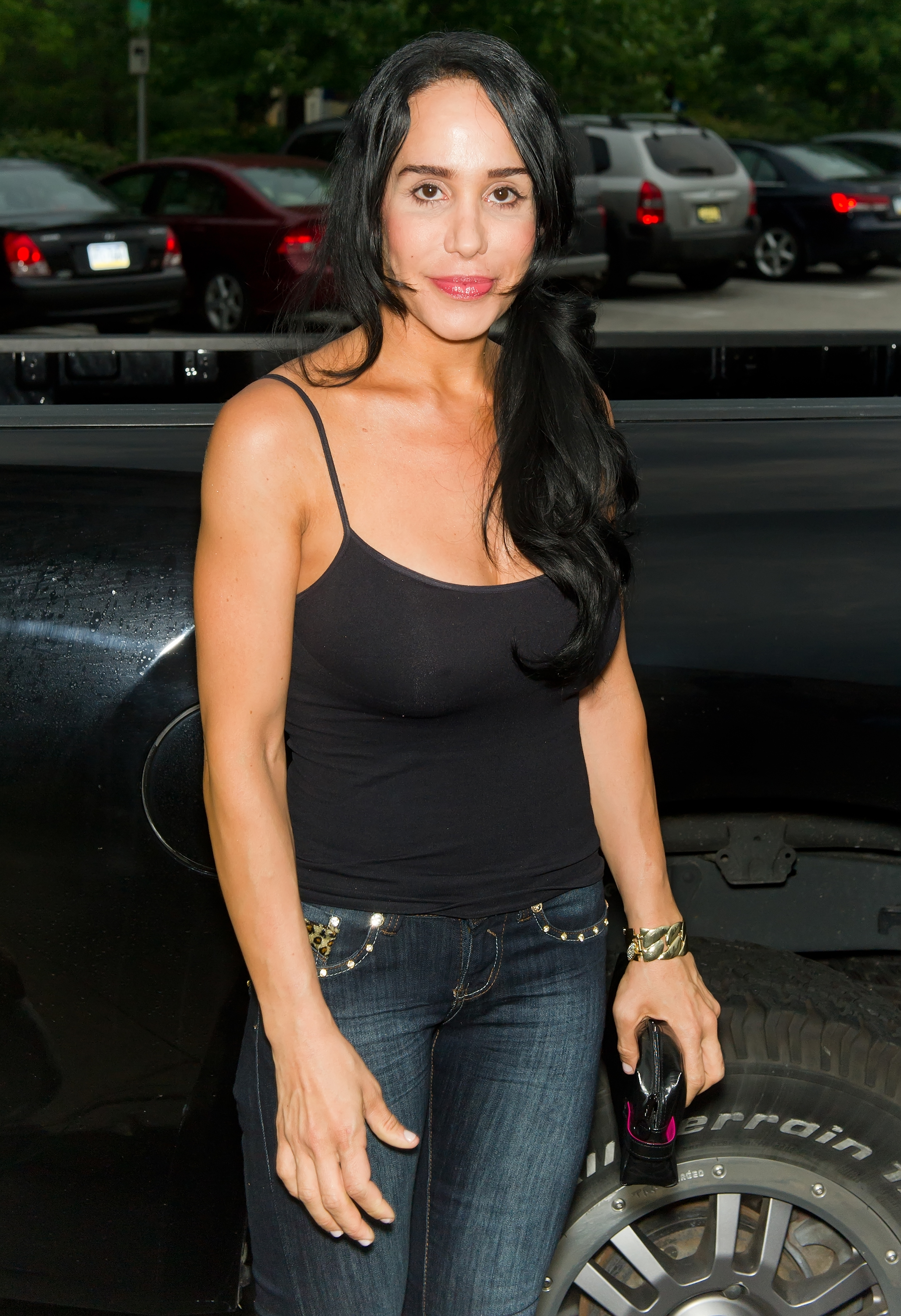 She concluded: "There isn’t enough room on this post to fully explain the plethora of damage animal products do to our health (and planet). I strongly encourage you (particularly parents) to research on your own, as I have done for years."

The mother-of-14, of which 8 are octuplets, previously revealed that 13 of her children are vegan.

Suleman already had four sons and two daughters, including a set of fraternal twins, when she welcomed octuplets in January 2009.