Home » TV and Movies » Naga Munchetty scolded by Matt Tebbutt for Saturday Kitchen dig ‘What do you mean?’

Naga Munchetty scolded by Matt Tebbutt for Saturday Kitchen dig ‘What do you mean?’

Breakfast: Naga mocks Matt Tebbutt for being 'out of breath'

BBC Breakfast presenter Naga Munchetty put her foot in her mouth on Saturday (June 19) morning’s show and was soon jokingly told off by Matt Tebbutt. Naga was hosting the BBC morning show alongside Charlie Stayt, when she began to hand over to Matt on Saturday Kitchen. But, things went awry when the TV chef objected to a comment Naga had made live on air.

She handed over to Saturday Kitchen star Matt Tebutt, in order for him to tease ahead to his upcoming show.

But, Naga let slip an accidental dig at Matt’s cooking show when she introduced him.

She began saying: “At 10 o’clock we are off air and Matt Tebbutt takes over in the Saturday Kitchen cooking up all sorts of delights. 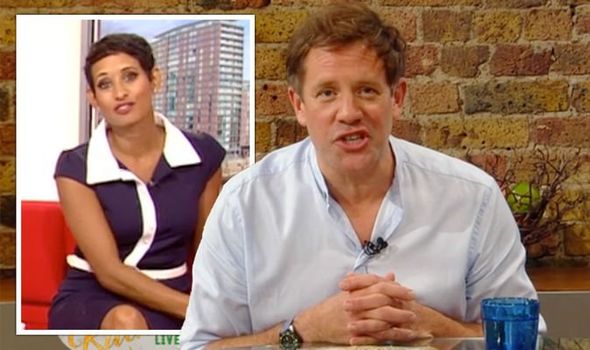 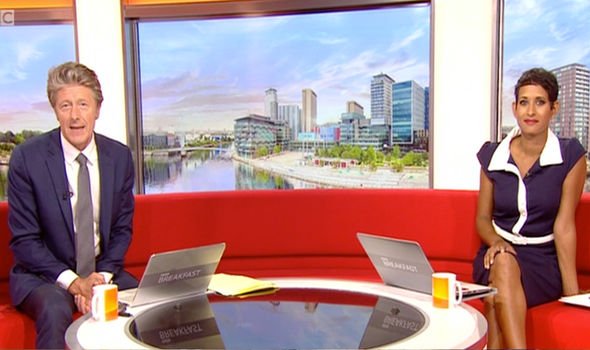 “I’m excited about your program today. What have you got on?” the BBC Breakfast presenter asked Matt.

But Matt quickly hit back, saying: “What do you mean today? You should always be excited about our show.”

Before giving Naga a chance to explain herself, Matt went on to tell viewers about his upcoming show. 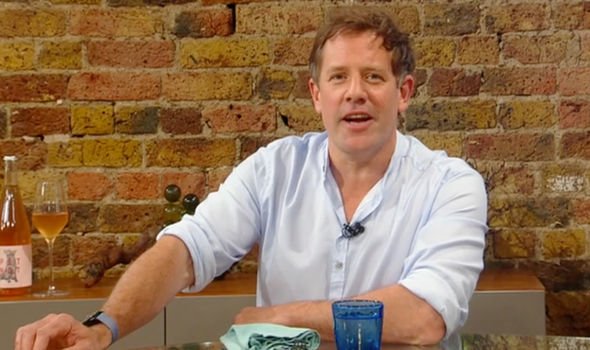 “How are you?” Matt asked, with Angela responding: “I’m alright thanks how are you?”

“I’m alright thanks,” Matt replied to the Irish television presenter.

Angela joked that Matt appeared to be “a bit giddy” causing the Saturday Kitchen host to burst out laughing.

“It’s just nice to be out,” Matt exclaimed, with Angela adding: “It’s going to be a wild one!”

Later on, Matt explained what was coming up on the show and informed viewers that they could get involved.

He said: “As usual it’s down to you guys at home to decide what Angela gets to eat at the end of the show.

“Go to the website for voting details and we’ll see you at 10,” Matt said, looking a little red in the face.

“I ran out of breath there!” the TV chef exclaimed, confessing to his error.

As Matt began laughing at himself, Naga couldn’t help but tease him for his blunder.

“You do look out of breath there!” Naga remarked.

BBC Breakfast airs weekdays at 6am on BBC One and Saturday Kitchen airs Saturdays at 10am also on BBC One.