The light-hearted jibe came after the morning telly star, 46, was handed a warning about her impartiality following a bizarre row over the Union Flag – and had to apologise last night.

10pm newsreader and presenter, Huw Edwards tweeted today as he waded into the discussion: "Flags are mandatory now – very pleased with my new backdrop for BBC News at Ten."

The proud Welshman posted a snap online of himself with the iconic Welsh flag in the background – in a nod to his own upbringing.

It comes after Beeb star, Naga, liked a series of anti-Tory tweets hours after her co-presenter Charlie Stayt made odd comments about a national banner draped in the corner of an office behind Housing Minister Robert Jenrick.

After a brief interview discussing the vaccine roll out the telly presenter, 58, said: “I think your flag is not up to standard size, government interview measurements.

“I think it’s just a little bit small, but that’s your department really.”

Naga could be heard laughing as he made the comments, while the Minister grimaced. 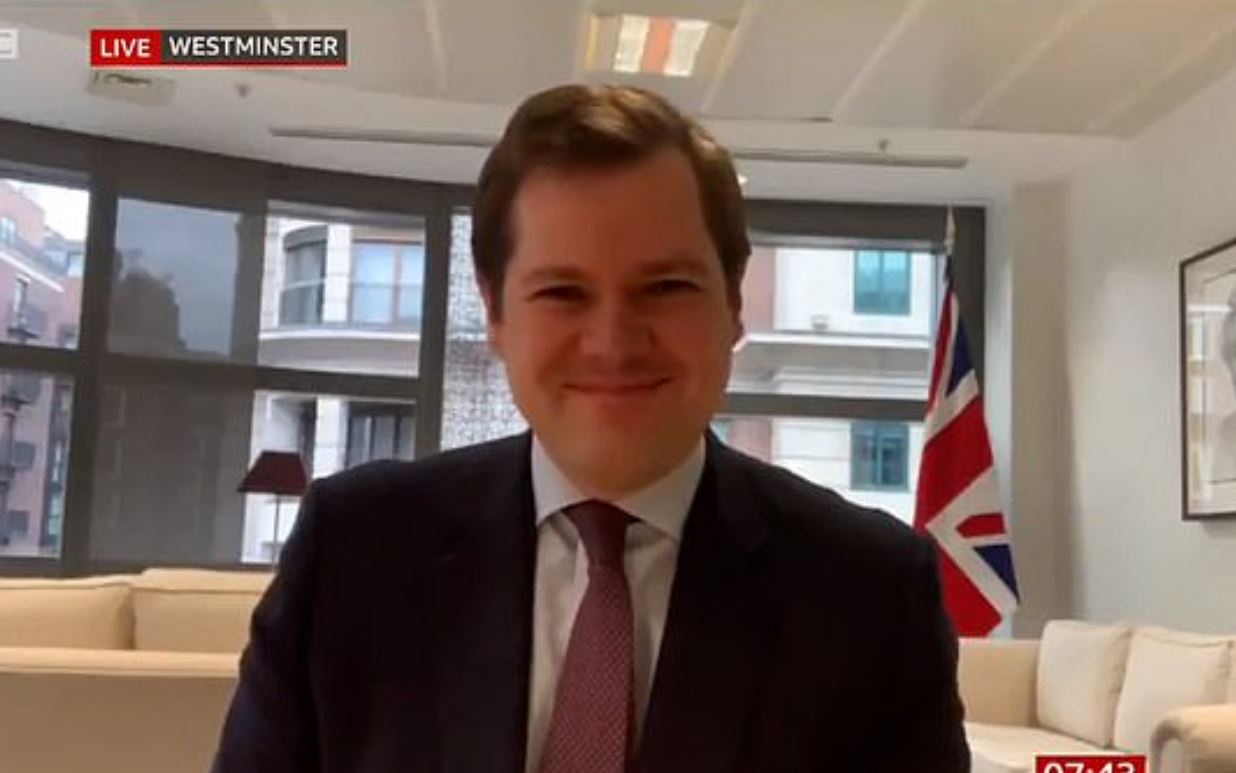 After the interview, she added: "The picture of the Queen there as well though, in the Westminster office I assume."

She later ‘liked’ a series of tweets, which said “the flag sh*ggers will be up in arms” and this “should be done every time the Tories roll out one of their talking head ministers”.

After the exchange, ConservativeHome’s Mark Wallace tweeted: “What a bizarre thing for the BBC to sneer and snigger at.

“What's wrong with ministers of the British government having the flag and the monarch on display?”

And Minister James Cleverly also tweeted: “It's not a small flag. It's in the far corner of the room.”

"It’s a symbol of liberty and freedom that binds the whole country together."

Last night, Naga apologised and in a tweet she said: “I 'liked' tweets today that were offensive in nature about the use of the British flag as a backdrop in a government interview this morning.

“I have since removed these 'likes'.This does not represent the views of me or the BBC.

"I apologise for any offence taken.”

BBC rules state that news workers have to adhere to a strict online code of conduct which states: “Nothing should appear on your personal social media accounts that undermine the perception of the BBC’s integrity or impartiality.”

A BBC source told The Sun: “Naga has been reminded of her responsibilities in relation to her liking some tweets about the comment."

A spokesperson for the Beeb said: “It was a light-hearted, off the cuff comment. No offence was intended.” 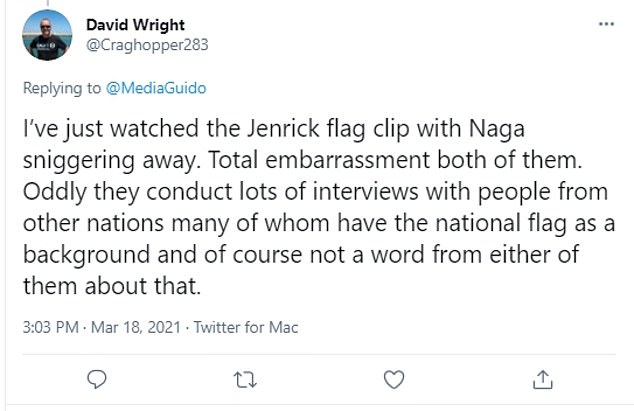 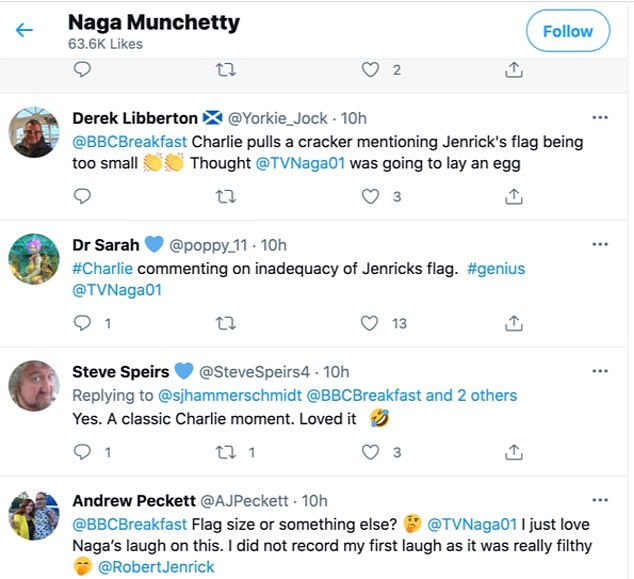