Despite another top showing in USA TODAY’s Save Our Shows poll, the music has stopped for “Zoey’s Extraordinary Playlist.”

NBC Wednesday canceled the dramedy, which centers on  a woman who hears others’ thoughts through choreographed songs, after two seasons. There had been rumors that “Zoey” might move to Peacock, NBC parent Comcast’s streaming service, but that is not happening, either.

“Zoey’s” topped Save Our Shows for the second year in a row, with 52% of voters wanting it to return for another season, while just 13% favored its cancellation. That follows a first-place finish in the 2020 poll, in which two-thirds of respondents voted for a second season.

The first season centered on Zoey’s family and work life, and ended with the death of her father (Peter Gallagher) from a neurological disease. Season 2 closed last month with a bang, as someone other than Zoey (Jane Levy) heard a heart song. In the finale, when Max (Skylar Astin) and Zoey divulge their feelings for each other, Max hears Zoey sing, finally leveling the playing field after her earlier advantage of being able to know his thoughts. 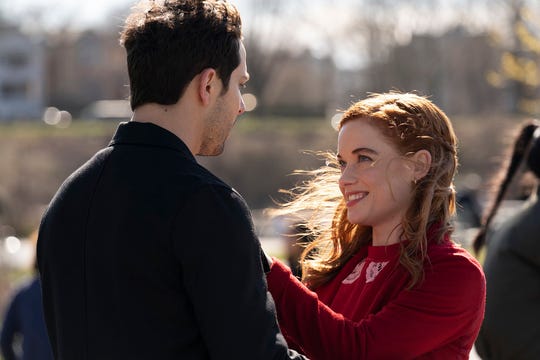 In an interview with USA TODAY for the season finale, series creator Austin Winsberg said he wrote the episode with the expectation the show would continue.

“My goal for this episode was to try to give some closure on some things we had built up and satisfy arcs we’ve created throughout the season, but also to pave the road and set the stage for things moving forward,” he said. “Nobody at NBC at the time when I wrote this episode said ‘Don’t do this,’ or ‘Don’t do that,’ so I just did it all with the expectation and the hope that we were going to continue.”

No decision has been announced regarding the fate of two other NBC series also considered “on the bubble” between renewal and cancellation: “Manifest” and “Good Girls.”