Elly (played by Jodi Anasta) is making her exit from Neighbours in the coming weeks, with viewers of the Channel 5 sop going into overdrive over how the beloved character will bid farewell to her loved ones. Currently, she is serving a sentence behind bars after being found guilty of murdering villain Finn Kelly (Rob Mills), although fans know he died because of a freak accident. However, a new twist in the tale has been confirmed in scenes set to air in Australia next week, revealing his brother Shaun Watkins (Brad Moller) is still very much alive. Having not met his daughter, could he be set to take the baby Aster away from her mother?

The former Ramsay Street resident was last seen in Erinsborough last year, with Elly still in the early stages of pregnancy after they had a one night stand following her doomed wedding to ex-husband, Mark Brennan (Scott McGregor).

Although the mother-of-one wasn’t too happy with him being in the picture to begin with, she began to warm to him and they eventually decided to make a go of things.

Their happiness was cruelly snatched away, however, when Shaun left to take part in an expedition in Switzerland which took a deadly turn when an avalanche hit.

His loved ones were informed his body wasn’t found, therefore they presumed he had died and would never meet his daughter, allowing Finn to swoop in and develop feelings for Aster’s mother.

However, it seems he survived the horror incident and is wanting to meet his child, but will this involve his former lover being torn apart from her forever? 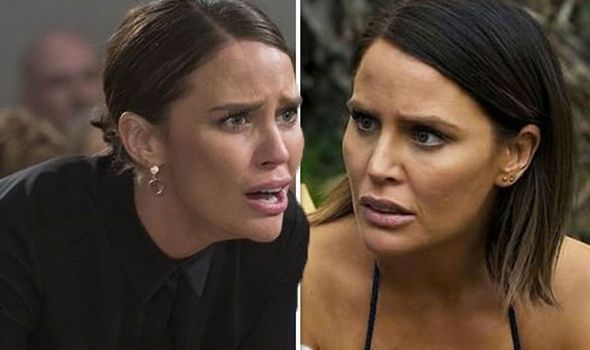 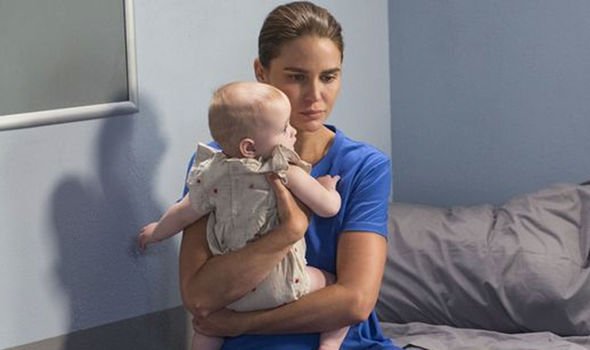 In scenes set to air much later this month in the UK, Aster is currently in the custody of Shaun’s mother Claudia Watkins (Kate Raison), who got her hands on the tot after the jailbird originally took the baby to live with her in prison.

Viewers will know the scheming grandmother recruited lawyer former Ramsay Street resident Samantha Fitzgerald (Simone Buchanan) to help her build a case against the Kennedys so she would become the child’s sole guardian if things were to go pear shaped for Elly.

When she doesn’t get her way in upcoming episodes and the jailbird decides she wants her daughter to be cared for by Susan Kennedy (Jackie Woodburne), Finn’s mother makes a run for it with the baby.

Arriving at the airport as she plans to flee Erinsborough, the villainous character comes face-to-face with her “dead” son. 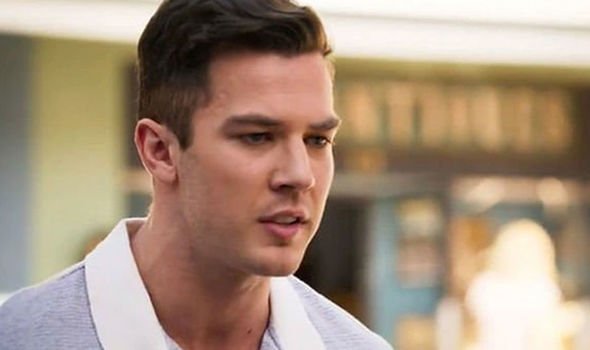 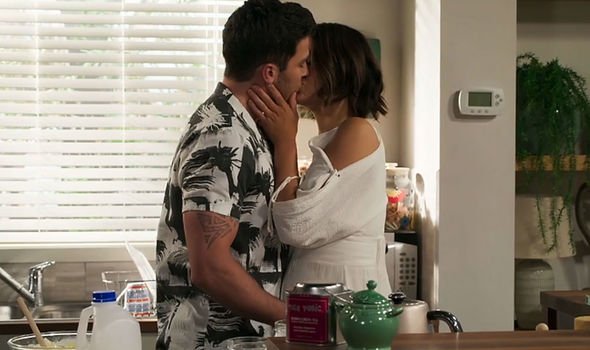 It will appear he wants his family, including Aster and Elly, to be reunited as it seems he still harbours feelings for his former lover.

Seeing his mother with baby Aster, however, he quickly realises what she has planned, but can he convince her to think about her actions?

Or will Claudia refuse to respect her son’s wishes and make a run for it regardless, meaning the mother-of-one will never see her daughter again?

With Shaun back in the picture after almost a year, fans will be glad to see him back on the scene as they weren’t completely convinced he’d been killed off.

I’m so proud of this show

Finn’s brother will have a lot of explaining to do as to why he didn’t alert the authorities he was still alive.

Viewers will have to wait and see how this new plot twist unravels, but soap star Brad has previously spoken out about his character returning to Ramsay Street.

Back in November, the actor took to social media and addressed his alter-ego’s demise and hinted this was the end of his story.

Taking to Instagram, the Neighbours star wrote: “It’s weird watching your own mini funeral on television.

“I’m so proud of this show, the storyline I was a part of and everyone I got to work with. For those who tuned in, thank you.

“Without you, there is no us. I hope you enjoyed the ride,” Brad added, but now this begins a whole new chapter.

Could he be back to ensure Elly gets the verdict she deserved, knowing full well in his heart his former lover didn’t murder Finn?

Shaun’s return could be the catalyst which kicks starts the beloved character’s exit storyline, but will she get her happy-ever-after?

Neighbours airs Mondays, Wednesdays and Fridays at 1:45pm and 5:30pm on Channel 5.