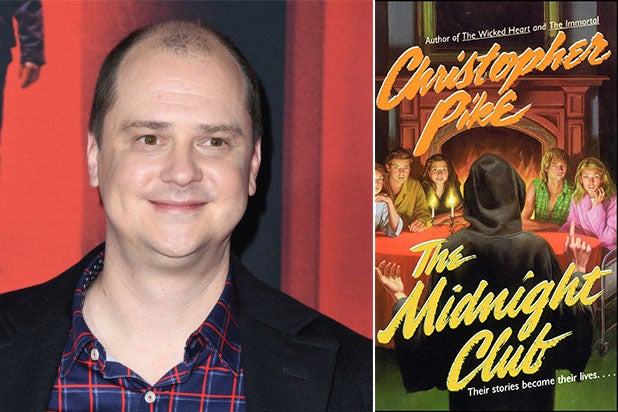 The cast has been set for “The Haunting of Bly Manor” and “The Haunting of Hill House” creator Mike Flanagan’s upcoming Netflix horror series “The Midnight Club,” the streaming service said Monday.

The Midnight Club “members” at the center of the show, which are a group of terminally ill young adults, will be played by Adia, Igby Rigney, Ruth Codd, William Chris Sumpter, Aya Furukawa, Annarah Shephard and Sauriyan Sapkota. Heather Langenkamp will play the doctor who presides over the hospice where the Midnight Club resides.

Zach Gilford, Samantha Sloyan, and Matt Biedel have also joined the 10-episode series, which is based on the works of author Christopher Pike, in supporting roles.

Co-created by Flanagan and Leah Fong, “The Midnight Club” is executive produced by Flanagan, Trevor Macy, Fong, Julia Bicknell and Pike. Adam Fassullo, who serves as co-executive producer, is overseeing the show for Flanagan and Macy’s Intrepid Pictures production company, which has a multi-year overall deal with Netflix. Flanagan will direct the first two episodes of the series.

Flanagan and Macy set their pact at Netflix in February 2019, following the October 2018 launch of hit series “The Haunting of Hill House.” At that time, the streaming service renewed the show as “The Haunting” anthology, greenlighting second installment “The Haunting of Bly Manor,” which premiered last fall and starred some of the same actors who led “Hill House.”

While Flanagan says there are currently no plans for a third season of “The Haunting,” he has recently wrapped filming on another series for Netflix, “Midnight Mass.”