Nigel Farage was invited onto This Morning to discuss whether or not singing the lyrics to Rule Britannia! and Land of Hope and Glory should be banned from BBC’s Last Night of the Proms. Understandably a rather controversial topic, it didn’t take long for Eamonn Holmes and Nigel to clash with fellow guest Femi Oluwole and when Nigel had the last word, he expressed his opinion on the broadcaster – which is a publicly funded service – and accused them of “pandering to a minority”.

This Morning conducted a poll where they asked their viewers what they thought.

Nigel commented on this result and said: “Good, common sense.

“So many people are proud of our country, proud of our culture – I’m not worried about Femi, as I say, he represents this tiny number. 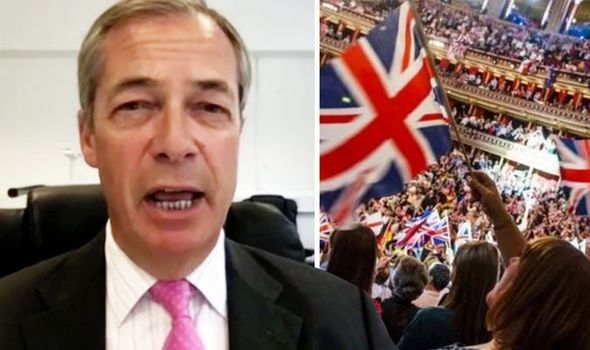 “I’m worried that all of us are forced to pay a licence fee to the BBC, who are happy and frankly right throughout all the trauma we’ve been through these last few months, happy to pander to this minority view.

“I frankly don’t think the BBC is fit for purpose!” the former MP argued.

“And I suspect, what this little row over Rule Britannia! will do, will lead to a much bigger, broader debate; Do we need the BBC?

“Do we need to be paying for this in the 21st century?” he added. 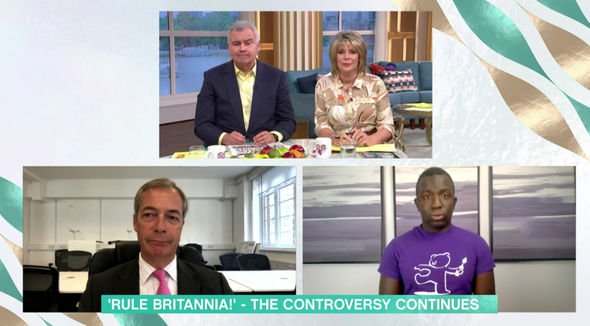 Those watching at home took to Twitter with their thoughts.

One said: “How long do we have to go on apologising for history, we are not proud of some of things we’ve done but unfortunately it’s in the past and we learn from it..!”

“We can’t undo our history. We should learn from it. We should focus on the now and the future and write a new history.

“Getting fed of it all now to be honest (sic),” someone else mentioned.

While another viewer argued: “Singing is banned because of COVID-19. Please focus on the true native and not the phoney culture war!!!”

“They’re not going to be sang by the audience that won’t be there. There that’s fixed it,” a tweet read.

It comes after the row over Land of Hope and Glory and Rule Britannia was sparked by reports the two songs could be dropped due to their perceived association with colonialism and slavery.

But the BBC fuelled the controversy when the broadcaster confirmed the traditional favourites would be performed without the lyrics.

Members of the audience usually sing along and enthusiastically wave flags when Rule Britannia and Land of Hope and Glory play.

Obviously with social distancing in place, an audience won’t be possible, therefore no one will be singing.

BBC director-general Lord Hall said he backed the decision to ditch the lyrics this year, and the broadcaster has confirmed the patriotic anthems will be sung at next year’s Last Night of the Proms.