Nigel Farage said US President Donald Trump surprised him when he called him on stage and introduced him as the “King of Europe.” Mr Farage however suggested the new nickname was the result of President Trump seeing his as a “forerunner” busy with shutting down the European Union’s integrationist streak. The Brexit Party founder insisted the US President shares in his opposition to the EU and hinted at potential issues for Brussels should Mr Trump secure re-election.

Speaking to Good Morning Britain, Mr Farage said: “This guy is a big eurosceptic, a believer in Brexit.

“What Donald Trump sees is a European Union in which, from north to south, east to west, people are saying ‘why are we being governed by Brussels?’

“He sees me as a forerunner for the argument that a Europe of nation-states is the way forward, not a Europe governed by the European Commission.”

Mr Farage also claimed a victory for Mr Trump would also have significant benefits not only for the UK but for the whole world due to the President being committed to speaking out against attempts to “overthrow” capitalist societies.

JUST IN: Brexit deal dead in the water! France REFUSES to budge on fishing – EU no deal fears erupt 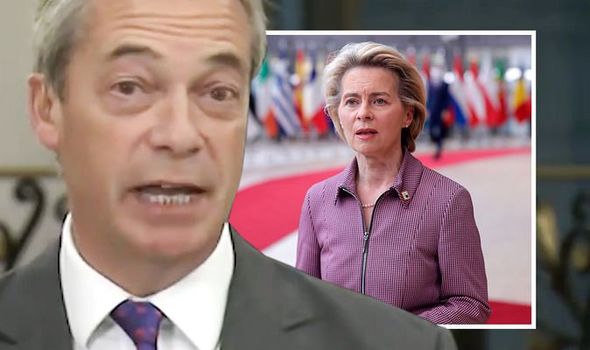 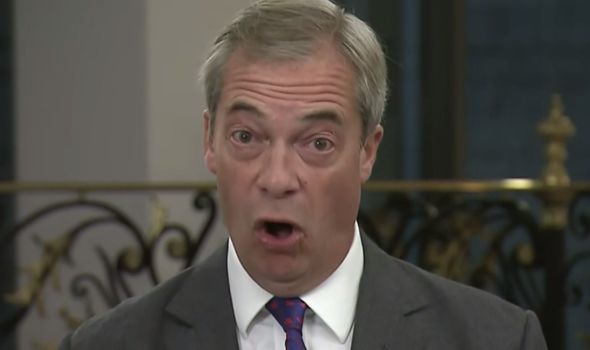 He continued: “They’re not just voting here next Tuesday for who leads America, vital though that is.

“They’re also voting for who is the leader of the Western world. And I ask myself, what other leader has the guts and courage to stand up to Communist China?

“What other leader has the guts and courage to point out that Antifa and Black Lives Matter are actually movements not for racial equality but for Marxism, and the overthrow of our entire capitalist system?

“And Trump has guts, Trump has courage. And I think a victory for Trump isn’t just good for America it’s good for the UK because he is the first President for the last 30 years who genuinely likes the UK.”