As Prince Harry continues to speak about his mental health and how growing up in the public eye has affected him, he has been hit with a mix of anger and support. Speaking on Tuesday’s Good Morning Britain, Susanna Reid and Adil Ray welcomed Afua Adom and Amber Athey to give their thoughts on his latest interview with Oprah Winfrey. As Amber slammed Harry’s latest comments and asked the UK to take him back, Adil fumed over the backlash towards the royal.

He raged: “It’s nothing short of a disgrace the way Harry is treated.

“He is trying to do something good. If you listen to the documentary and podcast he says essentially I am helping myself.

“Why should we knock somebody who is only trying to do something good?

“It has no relevance, he has mental health and trying to help others. Amber what is wrong with that?” 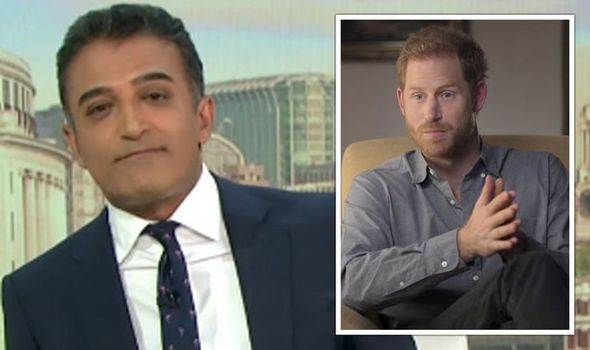 “He routinely talks about trying to break this cycle of generational pain but his actions show he is engaging in the opposite behaviour” Amber hit back.

But Adil fumed: “If he’s going to talk openly about mental health and encourage others he can only be open and honest.

“Princess Diana did it. Here’s a quote for you, ‘I think when you have been through something traumatic in life, my mother dying when I was younger, your emotions come back in leaps and bounds because it’s a different phase of life.

“There’s no one here to kind of help you and I definitely found it very hard at times, overwhelming.’” 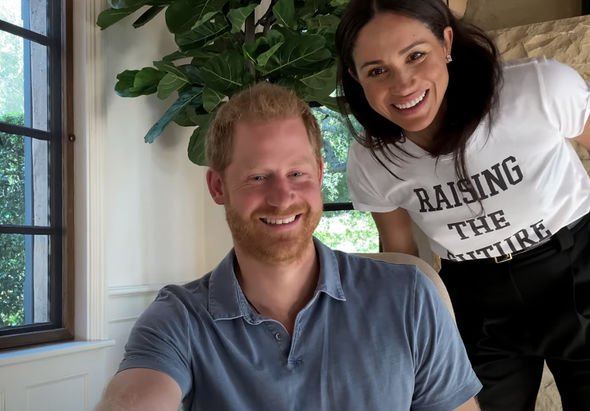 Prince Harry stars in The Me You Can't See trailer

“The implication, we could have taken that and said, ‘How dare he say the Royal Family were not there to help him?’

“Why is it one rule for Harry and another rule for William or Diana and when Charles was very open about his experiences at school in the past as well?”

Prince Harry’s documentary with Oprah Winfrey will air on Apple TV+ from Friday.

In a first look the Duke is seen visibly upset as he reflects on his childhood and the death of his mother.

Speaking to Oprah, he asks: “What words have you heard around mental health? Crazy?”

“Lost it, can’t keep it together,” Oprah answers.

“With that stigma of being labelled the other, the telling of a story, being able to say it, this is what happened to me, is crucial.”

In the series, Harry and Oprah are joined by a number of high-profile guests including Lady Gaga, Glenn Close and NBA’s San Antonio Spurs’ DeMar DeRozan.

Prince Harry said of the series: “We are born into different lives, brought up in different environments, and as a result are exposed to different experiences.

“But our shared experience is that we are all human. The majority of us carry some form of unresolved trauma, loss or grief, which feels, and is, very personal.”