It was a lot easier to keep movie secrets private before the internet. Leaks and rumors constantly spread spoilers throughout the internet that the filmmakers and the studio didn’t want to get released. The original cast of Jurassic Park shares how the filmmakers tried to keep everything a secret while making the Steven Spielberg movie.

‘Jurassic Park’ was a revolutionary movie in the 1990s

In 1993, dinosaurs were brought to life by Spielberg in Jurassic Park. Based on the novel by Michael Chrichton, the movie took audiences to a theme park gone wrong where dinosaurs had been brought back to existence. Audiences and critics were enthralled by Jurassic Park and part of that is due to the innovative CGI.

The dinosaurs in Jurassic Park were brought to life through an impressive blend of CGI and animatronics. This was one of the first major films to utilize CGI, a tool that has become a staple of the industry. Almost 30 years later, the CGI in Jurassic Park still holds up pretty well, even amongst other films that have perfected it.

In an interview with Vanity Fair to discuss Jurassic World Dominion, Sam Neill, Jeff Goldblum, and Laura Dern discussed returning to the franchise and sharing some memories from making the original.

The trio said that the original Jurassic Park was under more secrecy than the latest Jurassic World film. They shared that they weren’t entirely sure what movie Spielberg was making, just that it had something to do with dinosaurs.

“On a lot of these projects…you’re like, oh, yes, I won’t tell anybody,” Goldblum said. “But I don’t remember specifically that we were [asked], don’t reveal the dinosaurs or anything.”

“I think no one really understood what we were up to,” Dern added. “Just Steven Spielberg was making a movie, and it might have something to do with dinosaurs. I remember when we received our first script of Jurassic Park, it was on red paper. Do you remember that? You couldn’t copy it. So old school.”

“I don’t remember a red-paper thing,” Neill replied. “People might have been a little concerned with Laura Dern and discretion.”

It’s almost impossible to keep anything a secret these days as rumors and leaks constantly ruin massive spoilers. The best example of this could be with Spider-Man: No Way Home. While it was thrilling to see Andrew Garfield and Tobey Maguire again, everyone knew that they were going to be in it before we even saw them.

‘Jurassic World Dominion’ unites the original cast with the newcomers 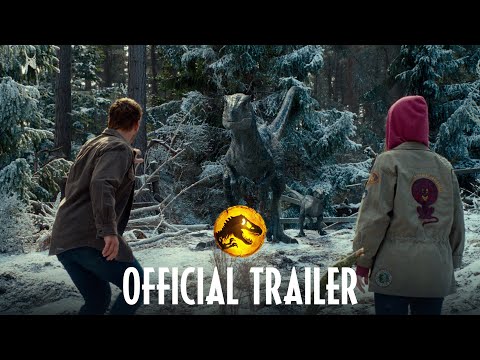 Jurassic World Dominion is the third movie in the Jurassic World trilogy. It will continue the story of Fallen Kingdom where dinosaurs have been unleashed on our world. Chris Pratt and Bryce Dallas Howard are going to need some help which means going to some experts who have dealt with dinosaurs before.

The cast has reprised their roles in other Jurassic Park movies, but they have never been fully reunited. Jurassic World Dominion arrives in theaters on June 10, 2022.