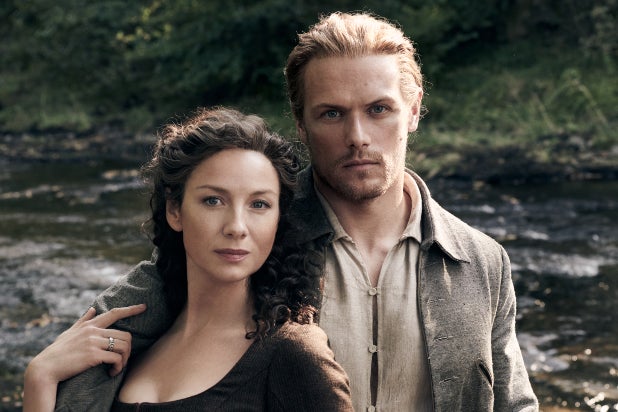 This ought to blow your kilts up: Starz has renewed “Outlander” for a 12-episode seventh season. Season 6, which is currently filming in Scotland, still does not have a premiere date.

Season 7 of “Outlander” will be based on “An Echo in the Bone,” the seventh of eight books in Gabaldon’s written series.

“Starz is committed to investing in unapologetic, bold premium storytelling that amplifies diverse voices and shines a spotlight on women in front of and behind the camera through our #TakeTheLead initiative,” Christina Davis, president of original programming for Starz, said in a statement. “The hit series ‘Outlander’ embodies everything about our initiative including a powerful female lead character and an amazing team of storytellers. We look forward to following the adventures of Claire and Jamie in America during the Revolution as well as more time travel during this next season.”

“We are so excited Starz has given us the opportunity to continue the epic ‘Outlander’ journey,” Roberts said. “We can’t wait to get into the writer’s room and start breaking ‘Echo in the Bone’ and look forward to giving the fans another season of this exhilarating story.”

So why did Starz make this announcement today? Heughan and fellow “Outlander” actor Graham McTavish’s Starz series, “Men in Kilts: A Roadtrip with Sam and Graham,” airs Sundays at 8 p.m. ET/PT on Starz.

That eight-episode docuseries follows the fellas on an adventure through Scotland, as they explore their heritage while meeting an incredible collection of people who truly showcase what it means to be Scottish, per the logline. “Men in Kilts” features “Outlander” clips weaved in with the actors’ travels.