Outlander plot hole: What happened to Phaedre as character disappears?

Starz series Outlander is now over for another year with fans having to deal with the Droughtlander. With the coronavirus pandemic preventing television productions from taking place, the gap between seasons five and six could be a long one. However, US network Starz has already confirmed the period drama will be making a return at some point.

Season six is in the works with the cast looking at the scripts, while writing takes place remotely.

The new series is going to be using content primarily from Diana Gabaldon’s sixth novel A Breath of Snow and Ashes.

However, as with previous runs of Outlander, there could also be other content from other novels included in the new episodes.

The sixth run sees lead stars Caitriona Balfe and Sam Heughan serving as producers on the whole outing after being promoted towards the end of season five. 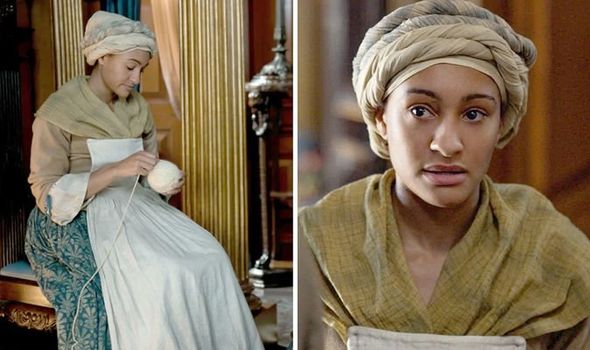 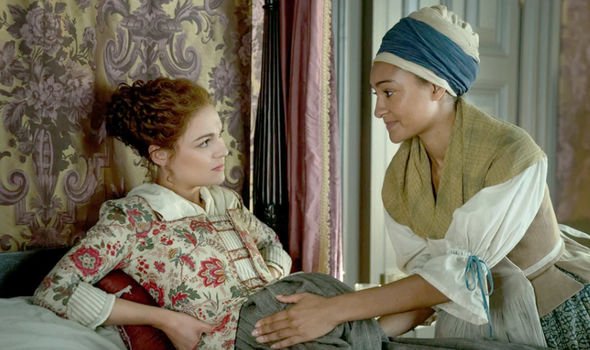 What happened to Phaedre in Outlander?

The most recent season of Outlander started off with the nuptials of Brianna Fraser (played by Sophie Skelton) and Roger MacKenzie (Richard Rankin), who finally tied the knot after a rollercoaster ride in the fourth series.

Pretty much all the major characters in Outlander from the New World were at the wedding, including Lord John Grey (David Berry) and outlaw Murtagh Fitzgibbons (Duncan Lacroix).

Even Jocasta Cameron (Maria Doyle Kennedy) was present for the ceremony after taking care of Brianna following her sexual assault and the pregnancy.

However, Jocasta’s maid servant Phaedre (Natalie Simpson) was notably absent from the wedding with some fans wondering where she could have gone. 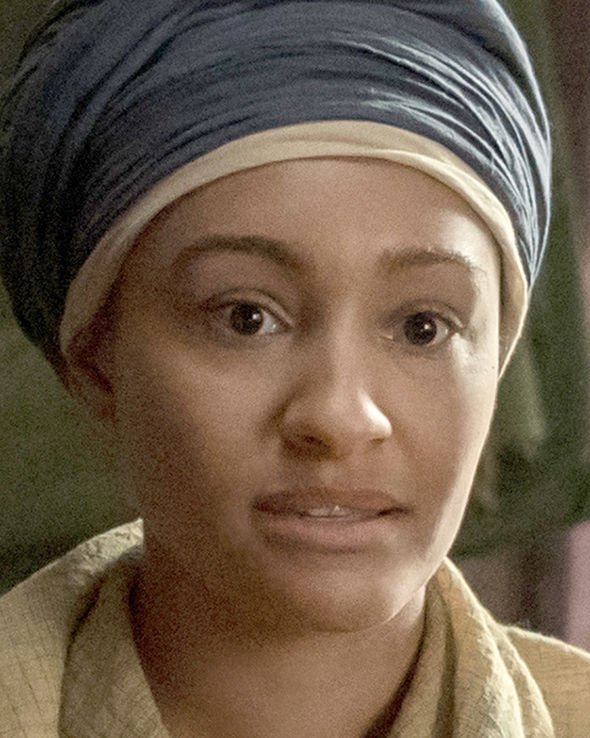 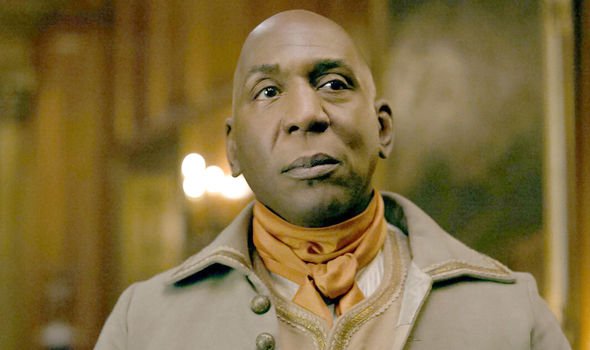 While Jocasta wasn’t a big part of season five, Phaedre was also missing from the action in the current outing.

He said: “Everybody has a vision of a scene they’ve read.

“They’ve done the setting, they’ve cast it, and they’ve edited it in their head.

“We can never replicate that and so we can only come as close as possible with what we have.

“I was reading some comments about the last episode and they were asking, ‘Where was Phaedra?’

“And we just didn’t have the actress. It’s things like that that the books never have to contend with.”

Roberts’ words suggested actress Simpson was busy working on a different project and the schedule is likely to have clashed with filming on Outlander.

Acclaimed stage actress Simpson has appeared in numerous productions as part of the Royal Shakespeare Company including Hamlet, Cymbeline and King Lear.

Outlander is her biggest screen role to date, but she’s also starred in the BBC crime series The Mallorca Files, short film Pineapple and 23 Walks.

In the novels, Phaedre appears in the seventh novel A Breath of Snow and Ashes and has a part to play in the series.

She also has many secrets about her past after it emerged she was daughter of the late Hector Cameron, who had an affair with his slave Betty.

Additionally, in the books she revealed to Brianna how she found out butler Ulysses (Colin McFarlane) was having an affair with Jocasta.

Ulysses fired Phaedre after she made the discovery, fearful she would reveal the truth to Jocasta’s new husband Duncan Innes.

This all happened in the seventh book, so it’s not clear whether this storyline will be brought into the mix or left out with fans have to wait and see.

Season five had some diversions particularly with Jocasta’s storyline and her romance with Murtagh, which seemed to change the events significantly from the novels.

Ulysses was forced to flee from River Run after he killed Neil Forbes (Billy Boyd) in season five in an act of self-defence after the evil lawyer attacked Jocasta.