The highly anticipated sixth season of Outlander is currently filming in Scotland and is hoped to return to screens before the end of the year. Viewers were subjected to some traumatic moments when the fantasy drama was last on Starz, but thankfully it seems Claire Fraser (played by Caitriona Balfe) will be on the road to recovery in season six.

Caitriona Balfe has revealed more about where the resilient healer Claire Fraser is heading in the next season of Outlander.

The fifth season wrapped up on Starz and Amazon Prime last year, leaving Claire and her daughter Brianna (Sophie Skelton) in a precarious state.

In the horrific climax to Outlander’s latest instalment, Claire is kidnapped and violently assaulted by Lionel Brown (Ned Dennehy) and his group of thugs.

When Jamie Fraser (Sam Heughan) and his men bring Lionel back for questioning, viewers were thrilled when Marsali (Lauren Lyle) took it upon herself to kill him with hemlock from one of Claire’s homemade syringes. 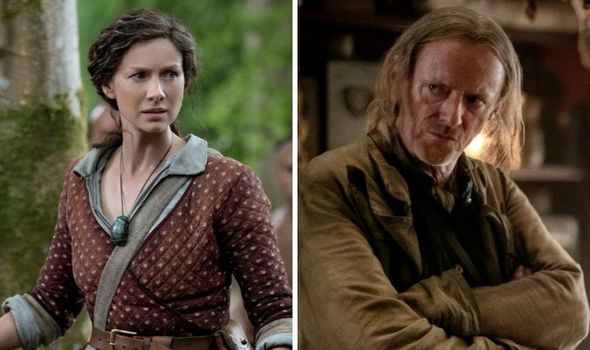 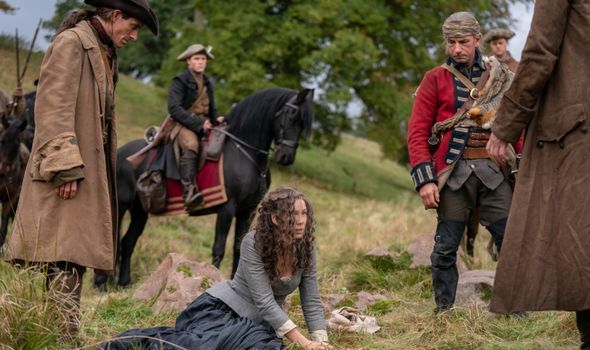 Although Claire’s attack was avenged, she was left feeling scarred and conflicted after suffering such a painful ordeal.

By killing Lionel, Marsali may have done more harm than good as his brother, Richard Brown (Chris Larkin) and the rest of the residents of Brownsville will be out for blood next season.

Along with showrunner Matthew B Roberts and producer Toni Graphia, the actress revealed why it was so important to feature Claire’s experience with sexual assault. 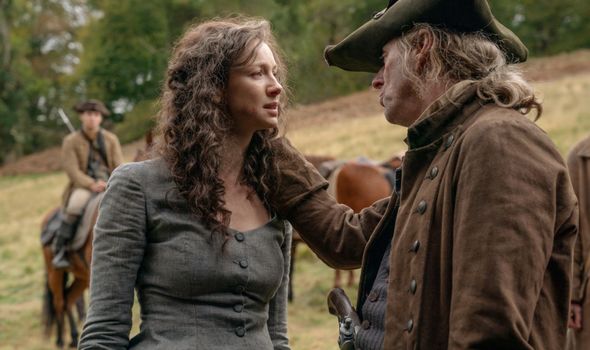 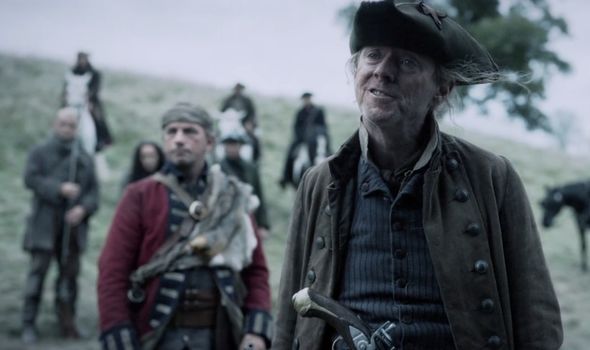 Balfe explained: “We can hopefully shed a light on something that people go through in real life and in some way then be part of a positive conversation about it.”

With a seventh season of Outlander also on the way, her attack may have a long-lasting effect on Claire throughout the latter instalments.

The actress continued: “We’re at the beginning of a journey with Claire, and I think it will take a long time for her to put the pieces back together.”

Season six may not give Claire much time to reflect and heal, as the growing tensions of the American Revolution are still bubbling up around Fraser’s Ridge.

As Jamie’s morals are tested by his forced allegiance with the British, Claire’s medical skills will also be put to the test as new settlers and refugees arrive at their home.

Claire will also be reforging her strong bond with her daughter, Brianna, in the coming episodes, as she suffered a similar experience with the vile crook Stephen Bonnet (Ed Speleers).

Catriona Balfe went on: “But, the great thing is that she has a loving family around her, who also unfortunately understand this experience all too well.

“That is something that really gives her a lot of strength.”

The final episodes of Outlander season six saw Claire and Brianna share and support each other through their respective trauma, a connection that will undoubtedly continue throughout season six.

Moreover, Brianna and her husband Roger (Richard Rankin) will be forced to stay in Fraser’s Ridge after they were unable to travel back through the stones.

With the whole Fraser Clan back together again, Claire will hopefully be able to rely on their support throughout this tumultuous period of American history.

Outlander seasons 1-5 are available to stream on Amazon Prime Video.