Dougal MacKenzie played a huge role in the first two series of Outlander as he was often by Jamie Fraser’s (played by Sam Heughan) side. He was a strong supporter of Bonnie Prince Charlie and wanted independence for the Scots. However, he didn’t survive to see the Battle of Culloden take place as he was killed by Jamie and Claire Fraser (Caitriona Balfe). Looking back on Dougal’s storyline, Graham pointed out a glaring error as he tried to round up highlanders to fight against the English.

Dougal was trying to round up supporters for Bonnie Prince Charlie but there seemed to be some debate over his appearance for the scene.

Writing in Clanlands, the book he co-wrote with co-star Sam, he recalled: “There was one scene where I was making a speech inside a cottage with a roasting fire.

“Trying to gather money for the Jacobite cause. I suggested to the director I do it in my shirtsleeves, very ‘Obama Town Hall meeting’ style, a man of the people!

“We started shooting the scene this way. After we’d shot half the scene we were told that I ‘had to have the jacket on’.” 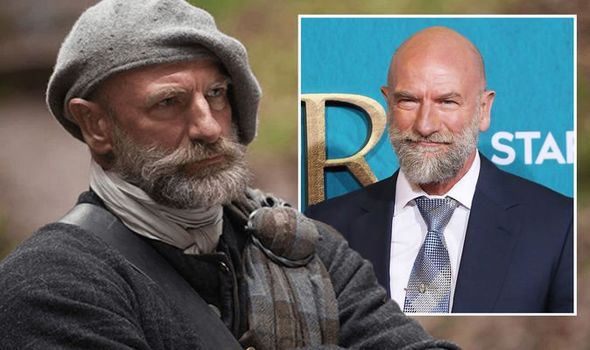 He continued: “Word had come through. So as a result if you look at Episode Five of Season One, I keep jumping between jacket on and jacket off, in the same scene!”

In the same book, Outlander creator Diana Gabaldon wrote the forward and recalled a painful experience for Graham.

She explained Graham was required to ride a mechanical horse for a trick which would see Dougal switch horses as they ran.

However, Graham wasn’t a big fan of the trick as he explained he would not be repeating the stunt in the future. 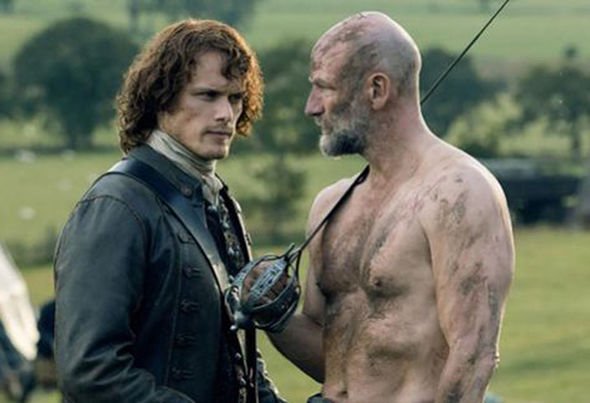 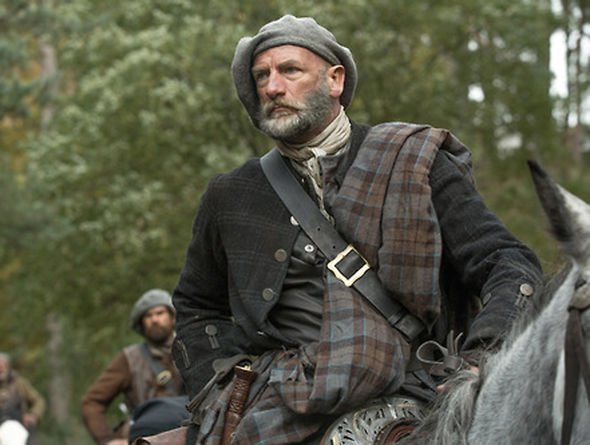 Diana wrote: “The mechanical horse was carried on the back of a truck, followed by another truck with a camera, and Graham was supposed to leap into the mechanical horse’s saddle while moving (supposedly jump-ing from another horse).

“This being television, they filmed the scene many, many times to ensure enough footage to get the effect they were after.

“When they finally stopped, Graham staggered downhill from the road where they’d been doing this, pausing by me and Anne Kenney (brilliant writer of the other episode in that block of filming) to say, ‘I’ve just been having a conversation with my balls.

“They said, “We’d really rather you didn’t do that again.”’

“And staggered on, muttering, ‘I knew I should have worn a cup this morning…”

But while Graham had trouble with a mechanical horse, Sam struggled with a real horse on set.

“I do recall the day in season two when Sam’s horse – which he was preparing to mount – decided to take its mother’s advice and relieve itself before setting out,” Diana laughed.

“There’s a reason why most costumes are made in multiples.”

It comes as fans were thrilled to hear Outlander had been renewed for a seventh series.

Production and filming for season six are currently underway with the cast back on set in Scotland.

Many had been concerned series six could be the final outing for Outlander but were over the moon to hear it will be continuing.

Outlander seasons 1-5 are available to stream on Amazon Prime Video and Starz.